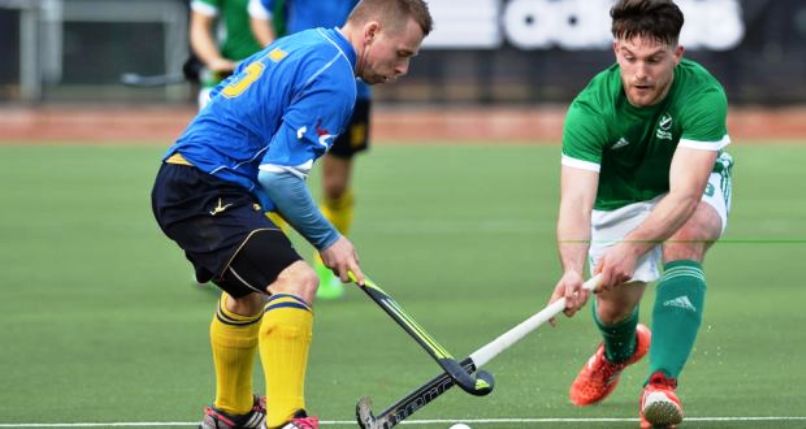 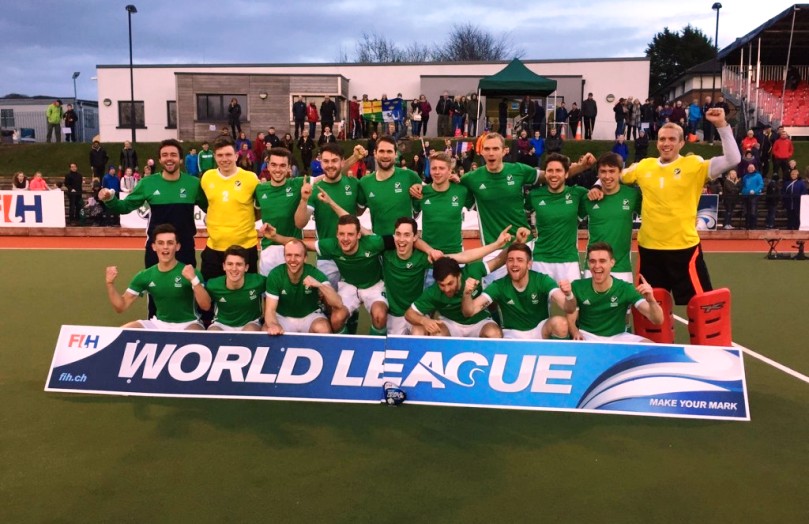 Ireland are the winners of the Men’s Hockey World League Round 2 event in Belfast after overcoming a stern challenge from France to triumph in a shoot-out on a dramatic final day of competition on Sunday (19 March).

Lower-ranked France (FIH Hero World Ranking: 17), who recorded five successive victories on route to the final, took the lead against Ireland (WR: 10) just before half time thanks to a penalty corner from team captain Victor Charlet.

It was an advantage that the French held until eight minutes from the end of the contest when a penalty corner from Shane O’Donoghue locked up the score at 1-1 and sent the match into a shoot-out. From there, Conor Harte, Eugene Magee, Lee Cole and Johnny McKee all scored while Ireland goalkeeper David Harte made a pair of saves to seal the competition victory.

Both Ireland and France, who impressed greatly in Belfast, will now move forward to the Semi-Final stage of the Hockey World League and will feel rightly optimistic about their own World Cup qualification hopes.

Scotland (WR: 27) sealed third place in the competition with a resounding 4-0 win over Wales (WR: 34). Wei Adams scored two penalty corners in the contest with Gavin Byers and Ben Cosgrove also on target. Scotland must now wait until the completion of all the men’s Round 2 events before knowing if they are one of the two highest ranked of the three third placed finishers, something which would be enough for a ticket to the Semi-Final phase of the Hockey World League.

Earlier in the day, a double strike from goal-machine Michael Körper helped Austria (WR: 21) to a sixth-place finish courtesy of a narrow 2-1 win over Poland (WR: 19). Körper’s two efforts ensured that he finished top of the scoring charts with eight goals at the competition, one more than Scotland’s Alan Forsyth with seven.

In the 7-8 classification match, Thomas Keenan scored two penalty corners as Italy (WR: 35) claimed seventh place with a 4-2 win against Ukraine (WR: 24) who finished the competition in eighth.

Like all the Round 2 events, the competition in Belfast featured a clash between teams that came through the first phase of the competition against sides that were automatically given a bye through to Round 2 due to their higher placement in the FIH Hero World Rankings. The highest ranked teams will enter the competition at the Semi-Final stage of the Hockey World League.

The top two finishers from the men’s Round 2 events in Dhaka (4-12 Mar 2017), Belfast (11-19 Mar 2017) and Tacarigua, (25 Mar-2 Apr 2017) are certain to qualify for the Semi-Finals, being joined in the World Cup qualifier phase by the two highest ranked of the third placed finishers from those three events. Malaysia and China took the top two places at the event in Dhaka, with Egypt (FIH Hero World Ranking: 20) finishing in third place.

To learn more about how the teams progress through the competition in the hope of reaching the 2018 Hockey World Cups, click here, with more details about all of the HWL events available by clicking here.

More information about the tournament in Belfast can be found on the official competition pages by clicking here and on FIH’s social media channels by using the #HWL2017 hashtag.