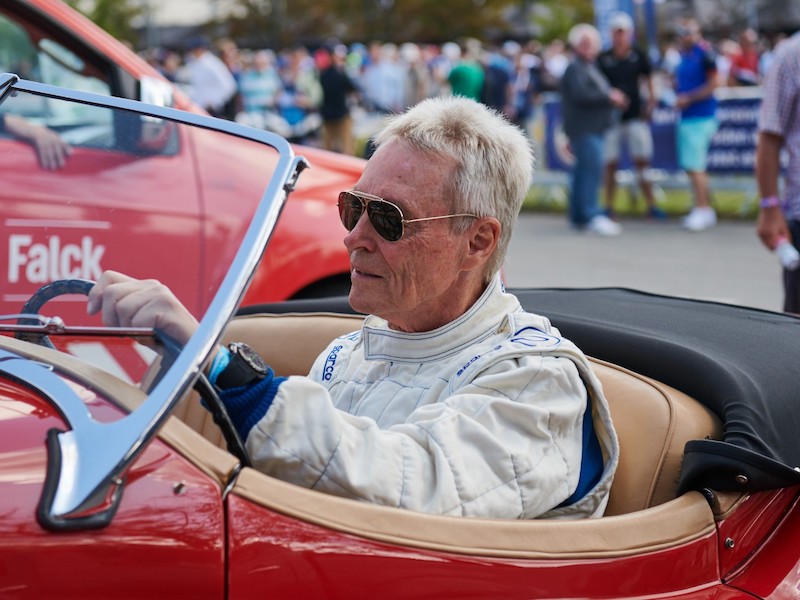 When Jac Nellemann arrived at Anderstorp in June 1976 for his debut weekend in Formula 1, little could he have known that 44 years later his involvement in the sport would play a part in the beginning of a new era in touring-car racing.

Now, the CEO of the Copenhagen Historic Grand Prix is preparing to set the stage for the grand unveiling of PURE ETCR, the world’s first all-electric multi-brand touring car championship.

In episode two of PURE Talk presented by Goodyear – the podcast series from PURE ETCR – he tells Martin Haven about why the Danish capital city is the perfect location to launch the most powerful touring cars ever seen onto a global stage.

“When the Copenhagen Historic Grand Prix started in 2001, the aim was to show the history of the automobile, and now we want to show that history from beginning to end,” he tells PURE Talk. “This is why we have gone the whole way to show our spectators what the future of motorsport will be.

“The very first automobile was electric, and the last one will be too, so we’re in the middle of this history right now!”

Jac started racing aged 18; his talent taking him to a pair of Danish Formula 3 titles and to within half a tenth of a second of qualifying for the 1976 Swedish Grand Prix at Anderstorp. After claiming the Nordic Formula Super Vee title in 1978, he began helping young Danish drivers to realise their potential; notably Kurt Thiim, DTM champion in 1986.

His last major successes were winning the UK-based BRDC Historic Sportscar Championship in 2002 and a race win in the FIA GT4 European Cup in 2007 – aged 63!

After becoming CEO of the Copenhagen Historic GP, he oversaw a move to its current home at the Bellahøj Park street circuit in the suburbs of the Danish capital when the original Fælledparken site became unsuitable in 2013.

Having hosted touring car superstars like Tom Kristensen, Jan Magnussen and Andy Priaulx plus Prince Joachim of Denmark in historic machinery, the event will, on October 9, take on a new element as the venue for the grand unveiling of PURE ETCR’s promotional season.

The launch event – which will feature all the competing brands on-track together for the first time – will take place after dark as part of Copenhagen’s City of Culture celebrations, and Jac is excited about what’s in store.

“In Denmark we don’t have an automobile industry, so there’s no businesses to protect. We are going full-on into electrification in Copenhagen,” he tells Haven. “I’m an electrified motorhead – I drive an electric vehicle.

“I’m so excited to see the presentation and how the PURE ETCR cars handle with all that power and torque in Copenhagen. We’ll hear the friction on the track surface. It will be very interesting to see it and experience it. It’s going to be electric!”