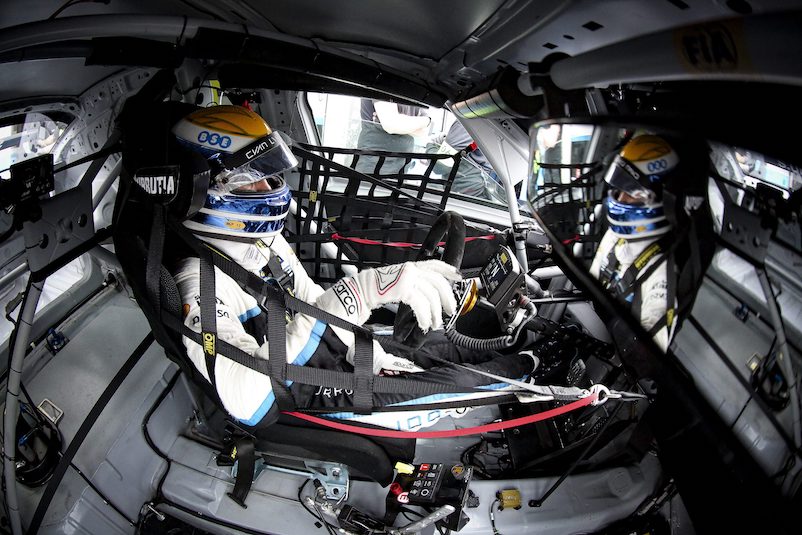 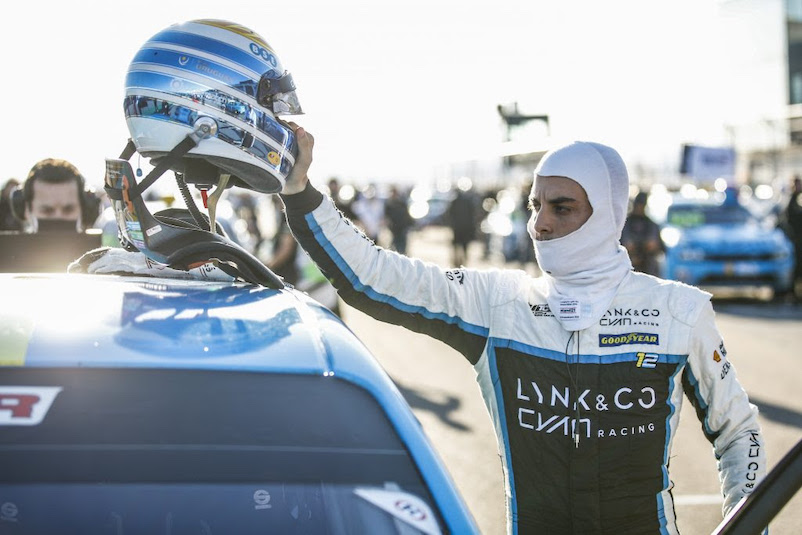 “I want to be like my team-mates, I want to win the world title and at one point we are going to be rivals on track”

From winning a driver shootout to winning in the WTCR − FIA World Touring Car Cup, Santiago Urrutia enjoyed a whirlwind 2020 driving his Goodyear-equipped Lynk & Co 03 TCR under the Cyan Performance banner. As the build-up to his second WTCR season continues, the 24-year-old from Uruguay reflects on his rookie campaign learning from some of the sport’s best drivers and why his future focus is on leading rather than following.

You completed your rookie WTCR season with a breakthrough victory but without confirmation that you’d have a drive for this year. Thankfully the winter has been kind to you and you’re back with Cyan Racing and Lynk & Co. How did everything come together?
“Basically, it was a year to learn for myself, for Cyan to know who I was. They had the challenge to win the title and when they signed me, I don’t think they really knew me 100 per cent. They were thinking maybe let’s try with Santi for one year and then see if we keep him for another season. For myself I always focused on that, to give 100 per cent on everything. At the end of the season, when we claimed both titles, in my mind it was mission accomplished. It took Cyan a few days to re-sign the contract but they have a clear view that I can play for myself and that I can also play to help the team to win the title and that’s great.”

How important was finishing 2020 with a double DHL Pole Position and your first WTCR victory?
“It was great. During the season I had the speed to be right there but I did mistakes like in Nürburgring and other things, so it actually complicated the title a little bit. When I did the pole position it was really good because being on pole is when you go 100 per cent and that was really good. Winning the race confirmed what I did in qualifying and, obviously, it gave me a chance to say if I re-sign with Cyan then I want to go for more. The speed is there but I just need to understand a little bit more the series, the touring car races. Sometimes it’s a little aggressive but I think I’m going on the right way to understand how the other drivers approach the races and I am looking forward to seeing what I can do this year.”

Do you put those mistakes down to inexperience or was it the pressure on you not to waste the opportunity Cyan gave you?
“I never felt pressure from Cyan and I always knew that if I did 100 per cent, racing is racing and sometimes you can have good results, sometimes you can have bad results. I think it was just inexperience. I didn’t really know Nürburgring, it’s not an easy track and I pushed a little too much in practice and when it was wet in the race, I crashed. It was just a rookie mistake that I was trying to do more than what I was capable to do that weekend probably, but not because I felt the pressure from Cyan to bring some good results.”

From starting out at Zolder with no experience to finishing the season at Aragón, how much did you learn and is it fair to say you’ve never previously learned so much during a single year?
“Especially because everything was new to me, I was for the first time doing a big series because one thing is to race in a junior series or something, but this was WTCR and it’s the biggest so that was the first thing. It was my first year as a professional driver and I was with the best team on the grid with Cyan and with Yvan Muller as a team-mate. If you want to learn from someone then Yvan Muller is the right person. Having Thed [Björk] who was already world champion and Yann [Ehrlacher], who would claim the 2020 title, it was easy to get up to speed. I learned so many things last year and when I finished the season by winning I said, ‘okay, even if I am at the top I am capable of winning races and pole positions’. But what I have learned last year I now need to put it on this year. But definitely it was the season when I have learned more and so many good things together makes it special.”

Did you ever feel intimidated by the stature of your team-mates?
“No, no, I always see them on the opposite way, I see them as my teachers so when I had a question I go to them, I ask them. When I have something on the data I go to them because we share everything inside Cyan. Obviously at the end of the day we are drivers, I want to be quicker than them, they want to be quicker than me but we are working for Lynk & Co and Cyan and we share everything. But one day, as I always tell them, I want to be like them because I want to win the world title. They know at one point we are going to be rivals on the track but that’s a different thing. But I never felt pressure from them.”

Are you ready to win the world title this year?
“To be honest I don’t know, I have to see how we are doing at the beginning of the season. I have new tracks to learn. I never drove touring cars on street circuits, I did racing in America on street circuits but it was in formula cars so it’s very different and Vila Real and Macau are very difficult tracks. Like I said before I have the speed but I need to put everything together to fight for the title. I am fighting against the best drivers and it’s not easy. When you do a mistake, it costs a lot. Now with two races per weekend when before it was three it’s even more important to do points in every race. I have a chance but it’s too soon to say something so I just focus on doing a good pre-season, good learning. After two or three weekends let’s think about it, but now it’s too soon.”

The WTCR is set for some races in the summer after an autumn calendar was followed last year due to the pandemic, does that make a difference to your preparations? Does it concern you?
“Actually, I love it! I hate the winter so it’s great to race in the summer. I don’t think it will cost anything and we can be quick in any condition with the car we have so I am not worried about it.”

How have your kept active during the winter?
“I am living in Barcelona and I do my own training here with my trainer. We tested for two days in Aragón and we still have a few days left of pre-season testing. When I was young I lived in Italy and of course America, where I raced, but I felt Barcelona was the only place where I really don’t miss my country. I can speak my language and I have a lot of friends from Uruguay living in Barcelona.”

Can you describe the support you get from Uruguay and what it means to you?
“For sure, I’m getting more popular in Uruguay, especially because I’m the only driver racing in Europe and the first time in an FIA world series. But it’s not just big for me, it’s also big for the country. The races are always early morning but people are still watching and it’s cool to have the support from the people of Uruguay.”

Finally, why are young drivers like you looking at the WTCR as an alternative career path?
“In formula it’s always about looking for money, money. Touring cars gives more chances. Sue, the budget is completely different but you get more chances for becoming professional in touring cars. In formula if you don’t have a big programme or big sponsors it’s hard to compete. With touring cars when you arrive at one point and show you are good I am very sure you get an opportunity to be a professional driver. Even if you are good and fighting in the junior championships like Formula 2 and Formula 3 it’s never enough if you don’t have the money to get to Formula One.”

MORE ON SANTIAGO URRUTIA: REVISIT WTCR FAST TALK, THE CHOSEN ONE OF WTCR
“My Grandad give us a little motorcycle. At the time I was only three, like a baby, but I started just riding the bike around the [family] farm. At one point my Dad said, ‘do you want to race?’ and I start racing when I was three. If you think about it, they were a little bit crazy, but I started racing motocross until I had a big crash and my Mum said, ‘Santi, this is enough, if you want to keep racing I want to give you a go-kart’. So, she took a credit from the bank, my Mum is just a schoolteacher, but she give me the go-kart and I start racing when I was five.”