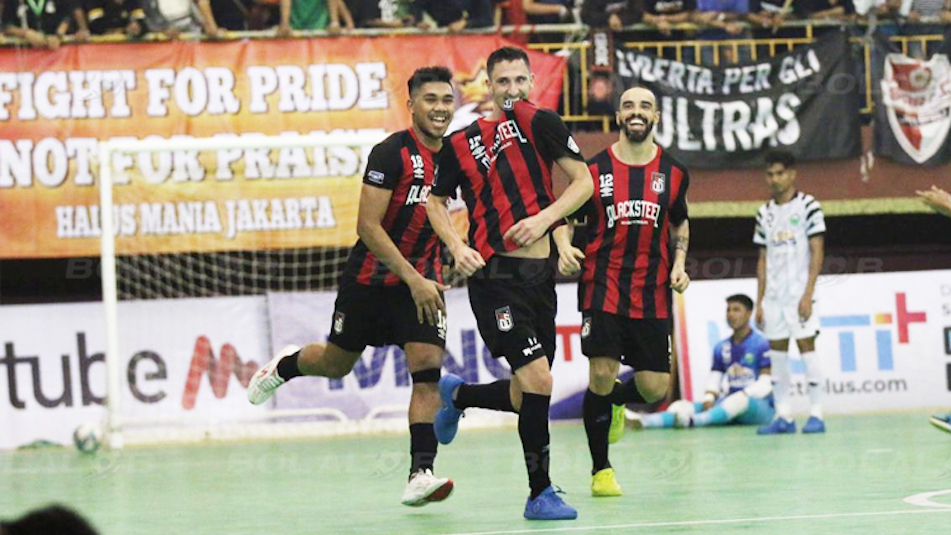 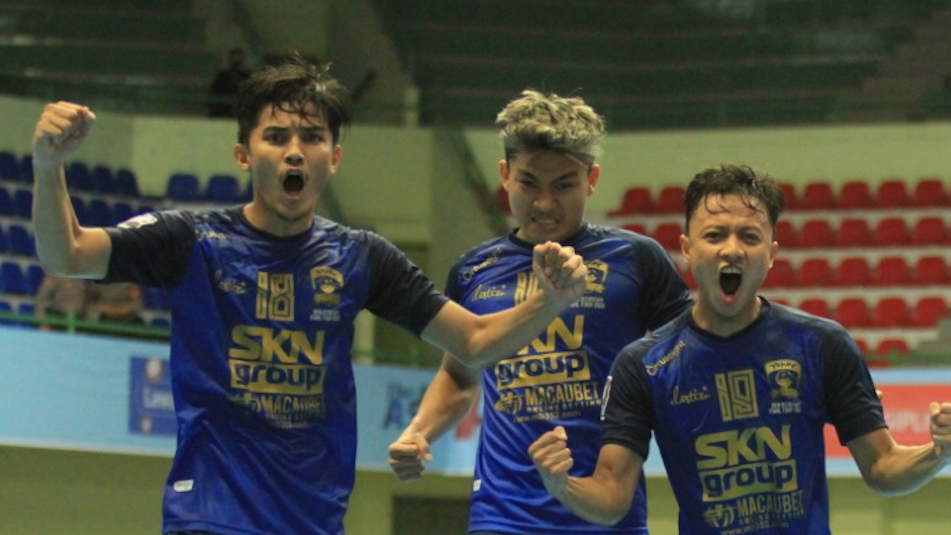 Black Steel Manokwari will take on SKN FC Kebumen in the final of the Pro Futsal League 2020 tomorrow at the GOR UNY Jogjakarta.

In the first semifinal, Black Steel made the cut for the final after beating Bintang Timur Surabaya (BTS) 3-2.

It took Black Steel just three minutes to find the back of the net through Holypaul Septinus Soumilena as Subhan Faidasa finished off a rebound three minutes later to put BTS back on level.

Black Steel then pressed BTS hard but it would be the latter who took the lead in the 14th minute when Sunny provided the cross for Subhan’s to finish.

With the score at 2-1 to BTS’s advantage, Black Steel charged forward and in the 27th minute, Evan gave them the equaliser to restore parity.

Under pressure, BTS started to go into the attack but it was Black Steel that came away with the winner when Henrique Di Maria made good on the cross from Amos with five minutes left on the clock.

In the meantime, SKN FC Kebumen were on fire when they thrashed defending champion Vamos Mataram 9-2 in the second semifinal of the day.

It was Aditya who gave SKN the lead again in the ninth minute as Muhammad Sanjaya then added the third goal a minute later.

Vamos’ gamble with the power play gave SKN further advantage as they added two more goals through Raka Febianto and Dewa Rizki (both in the 19th minute) to put the score at 7-1 at the half.

Into the second half, it was Vamos who went ahead again through Rio Pangestu in the 21st minute as Vamos nailed their second goal off Marvin Alexa (23rd minute).

Yusuf then finished things off with SKN’s ninth goal of the game in the 34th minute to book their place in the final.