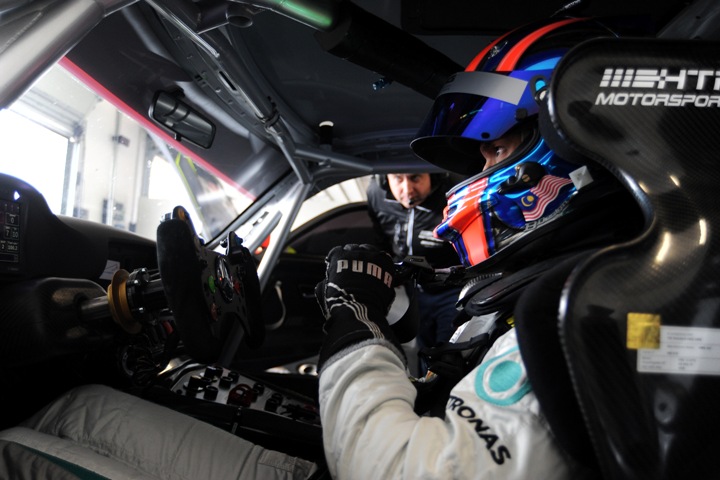 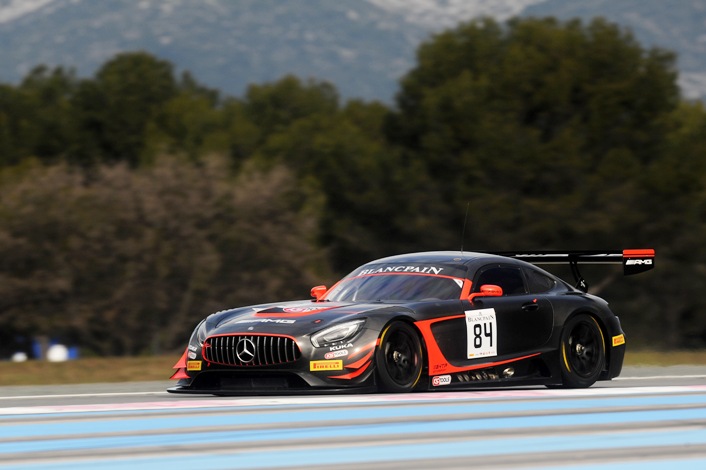 Leading Malaysian international racing driver, Jazeman Jaafar, completed his preparations for the upcoming Blancpain Endurance Series and Blancpain Sprint Series this week. Two days at Paul Ricard circuit in France brought together all the teams competing in these series for pre-season testing. Jazeman is making his debut in these two series, driving with HTP Motorsport in one of the team’s two Mercedes AMG GT3 sportscars.
It was the first running of the HTP Motorsport Mercedes AMG GT3 sportscar after a shakedown last week and on the first day of the test mechanical gremlins sidelined the car for much of the day, with Jazeman unable to get behind the wheel. On the second day, the car took to the track, with Jazeman getting in some valuable track time.
Jazeman said after the test, “it was great to be back out in a car and I really enjoyed my time in the HTP Motorsport Mercdes AMG GT3 car. Having raced with the team a couple of seasons ago, I already feel part of the family, so it’s been straight into development work with the car, putting in the mileage and checking all the systems. The car is awesome, with the speed and power balanced with good balance, so I’m very pumped up about the season ahead.”
During the test, the series organisers announced the grids for the two series and Jazeman will have plenty of competition in both championships. A record-breaking 38 cars will be on the grid for the opening round of the Blancpain GT Sprint Series in Misano, Italy and for the Endurance Series it is an even larger field, with 57 cars set to contest the first round in Monza, Italy. Eleven manufacturers will be represented in the series, with the top marques including Mercedes AMG, Lamborghini, Ferrari, Aston Martin, BMW, Jaguar, McLaren, Nissan and Porsche.
Jazeman comments, “It’s a great line-up of brands, huge grids which will produce really good racing and very professional organisation, so it looks as if it will be a great season. The large fields of cars will be something that I’ll have to get used to, but I’ve driven in a few endurance events with large grids, so it doesn’t worry me. The more competition the better, it’s what racing is all about!”
For 2016, Jazeman has made the move to sportscar racing from a highly successful single-seater career. He will drive in the two Blancpain championships for this season, totalling 11 events and 21 races, including the prestigious 24 Hours of Spa. His season kicks off in Misano, Italy, with the first round of the Blancpain Sprint Series, 8-10 April.