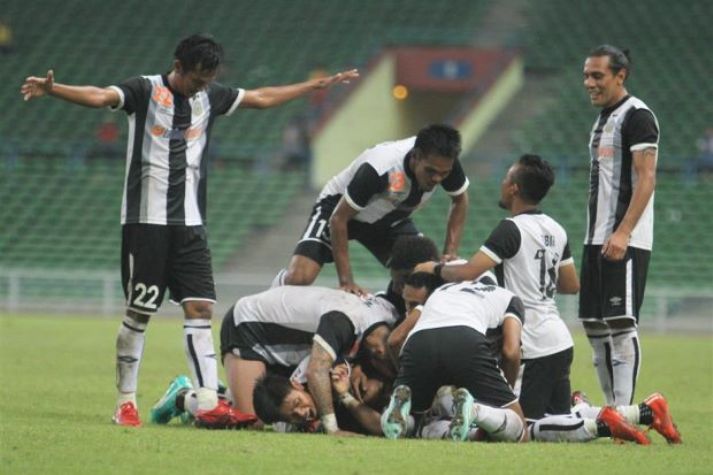 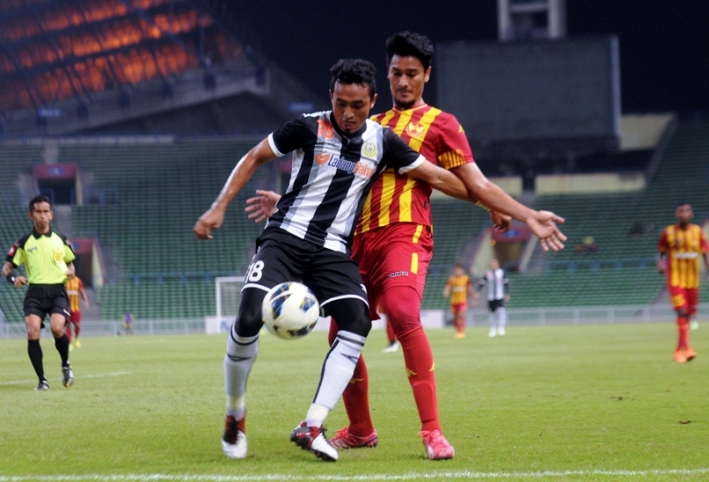 # Terengganu sweep to a 3-1 win to add more misery to Red Giants
# Nakajima’s brace powers Turtles
# 100PLUS Premier League leaders K. Lumpur held to a draw
# Sabah earn their first point in Premier League
Selangor suffered another embarassing defeat – this time to Terengganu 3-1 in the only Super League match on Friday night at Sultan Mizan Zainal Abidin Stadium in Kuala Terengganu. The Turtles, who replaced their head coach Ahmad Yusof after only three matches into the M-League, continued their fine run under caretaker coach England-born Australian Mike Mulvey. Star of the night for the Turtles was their Japanese-bron Canadian international Issey Nakajima who scored a brace on a night when Juan Jose Morales came off the bench to put the East Coast side in the driving seat to score the second for his team after Selangor equalised through R. Gopinathan.

Nakajima was in the thick of everything against the Red Giants and his opening goal deep into first half injury time gave Terengganu the boost. He outpaced three markers before curling a left footer past Selangor custodian Khairul Azhan Khalid. However, Selangor came back after the break breathing fire and needed only two minutes to draw level. Former Pahang player R. Gopinathan’s looping shot sailed into the net with Terengganu goalkeeper caught off his line.

Terengganu, however, were not rattled with the equaliser and instead upped their ante. Substitute sent the home fans wild with Terengganu’s second when he took full advantage of melee in the Selangor box to drive home a well executed shot. Joseph Kalang Tie came off the bench and added more spice in Terengganu’s attack on the right. Off one such buildup the Sarawak-born Tie worked his way up before cutting back for Nakajima to dive full length for powerful header for his second on the night and Terengganu third goal.

It has been a miserable turn of events for Selangor after Police sent the Red Giants out of the FA Cup with a 2-1 win in a third round match. This was followed by a 1-0 defeat to Singapore’s Tampines Rovers in a Group E match in the AFC Cup where they are winless after two matches.

With the defeat Selangor who led the Super League on goal difference from JDT, are now in second place. Meanwhile in the 100PLUS Premier League leaders Kuala Lumpur were held to a 1-1 draw by UiTM FC at the UiTM Stadium in Shah Alam. The City Boys however are still on top after DRB-Hicom were beaten 1-0 by Kuantan FA in Kuantan.

KL led 1-0 after 31 minutes through Fahrul Razi Kamarudin before Pavel Purishkin equalised for UiTM in the 67th minute. Kuantan FA edged DRB-Hicom 1-0 with Malek Mat Arif getting the winner after 42 minutes at the Darul Makmur Stadium. JDT II savoured full points with a 2-1 win over Sime Darby at the Pasir Gudang Stadium for their second win in five matches. Zaquan Adha Abdul Radzak opened scoring for JDT II in the 52nd minute before Irfan Fazail got the second in the 75th minute. Rafiq Syah scored Sime Darby’s goal in the 60th minute.

Negri Sembilan ran riot at the Tuanku Abdul Rahman Stadium in Paroi with a 5-0 whitewash of Armed Forces who are still without a win and without a point after five matches. At the Likas Stadium in Kota Kinabalu, Sabah collected their first league point with a 2-2 draw against Malacca. See Kok Luen (41st) and Balsa Bozovic scored for Malacca while Igor Cerina (49th) and Leopold Alfonso (58th) netted for the homesters.