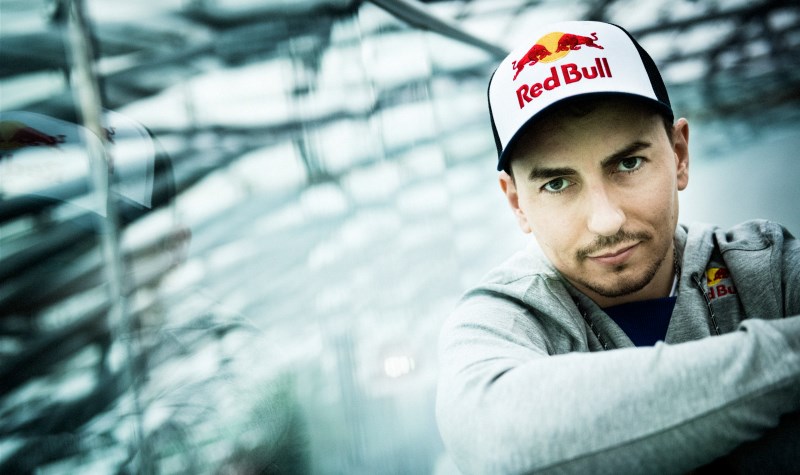 After 18 seasons in the MotoGP™ paddock, five-time World Champion Jorge Lorenzo (Repsol Honda Team) has announced his retirement. The Spaniard was joined by Dorna Sports CEO Carmelo Ezpeleta in a Press Conference at the Circuit Ricardo Tormo in Valencia to break the news, bringing the curtain down on an incredible career.

Lorenzo made his debut in the 125cc World Championship in 2002, missing the first day of his first Grand Prix because he was still too young.

But his 15th birthday fell on qualifying day and the young Spaniard headed out to do the first laps of what would go on to become one of the most successful careers of all time.

By his fourth race he had scored his first points, and his best finish that year was seventh, taken in Rio de Janeiro. A year later in Rio, he would win his first Grand Prix.

From there the momentum would grow. Three wins and four further podiums in the 125cc World Championship the following year saw him finish fourth overall, setting solid foundations for a move onto 250cc machinery in 2005.

There he took six podiums as a rookie, and his first titles were just around the corner as he began 2006 with back to back wins. He’d wrack up another six by the end of the year, taking his very first World Championship after a stunning season that announced him as a serious force to be reckoned with.

In 2007 he stayed in the class to defend the crown and did so, this time with an incredible nine wins. From there, MotoGP™ beckoned with Yamaha.

There are few better ways to make a splash in the premier class than taking pole for your first race, and that’s exactly what Lorenzo did – setting a new lap record that stood for ten years.

He was on the podium in both of his first MotoGP™ races too before taking to the top step for the first time on only his third appearance.

That was at Estoril, as he beat two men he’d continue to compete with for years to come: Dani Pedrosa and Valentino Rossi, then his teammate.

Injury struggles and crashes would mar the rest of 2008 for Lorenzo as Rossi lifted the crown, but 2009 saw the Spaniard bounce back and make his first run at defeating the then eight-time World Champion on the other side of the garage. Rossi was victorious, but 2010 would turn the tables.

Lorenzo took podiums in the first 12 races of that year, only one of which was a third place. Seven were wins. By Malaysia, it was match point and the number 99 wrapped it up with another podium, becoming a MotoGP™ World Champion for the first time. He also rounded out the season with another two wins to make it nine victories overall in one of the most impressive seasons ever put together.

2011 was more difficult. As great rival Casey Stoner took back to the top, the bad luck that had hit Rossi the year before hit Lorenzo, and the Spaniard ceded the title fight after a crash at Phillip Island.

But 2012 saw him back in the running from the off as he won the season opener, and he took podiums in every single race bar two – including six wins. At Phillip Island, he was crowned a two-time MotoGP™ World Champion, and then came 2013: a new era in the premier class.

In 2013, Stoner retired, Rossi returned to Yamaha and Marc Marquez made his debut in MotoGP™. The year became the reigning Champion vs the rookie, with the battle going all the way down to Valencia and the season finale.

Marquez would ultimately come out on top, but Lorenzo would do everything he could to take him on – and some career-defining moments and races were created on the way.

The journey to the final round wasn’t a smooth one for the number 99. The first hurdle was a collarbone broken on Thursday at the TT Circuit Assen.

Lorenzo had already put in a number of iron man-esque performances in his career, but this was another level. After having

the collarbone plated after the crash, the number 99 returned to the track to race – and came fifth. It was a stunning statement of intent that he wouldn’t go down without a fight.

The next hurdle, however, came soon after. Another big crash at the Sachsenring damaged the collarbone once again and Lorenzo was forced to forfeit the round, but he was back by Laguna Seca and back on the podium at Indianapolis.

Silverstone then staged one of the greatest races of all time as he and Marquez traded provisional pole on Saturday and duelled it out to the line on Sunday.

Lorenzo was a man on a mission and a stunning move from the number 99 put him back on the top step and back in the game. Drama for Marquez in Australia saw the rookie disqualified for making a mandatory pit stop at the wrong time – and as the number 93 took home a 0, Lorenzo won.

By the season finale, all Lorenzo could do to try and take the crown was win the race, and that he did. It wasn’t quite enough, but the season was an instant classic.

2014 saw Marquez hit top gear, with Lorenzo only winning his first race of the season at Aragon and the momentum remaining with the number 93.

But 2015 would flip the form book once again as Lorenzo became the only man to beat Marquez to the crown so far – and the only other name on the trophy since 2011. The season was Lorenzo vs Rossi and one of the most dramatic ever, although it was Marquez and Rossi in the spotlight for a number of incidents.

The biggest of which was at Sepang as the two clashed, leaving the Italian with the penalty of starting the season finale from the back of the grid. And Lorenzo? He would aim to take his third premier class crown from pole, and did so with his seventh win of the season.

2016 was another slightly tougher year, but the Spaniard once again took a slew of wins and podiums. And the last win of the season at Valencia was also his last with Yamaha as nine seasons together came to an end after 44 wins, 107 podiums and 39 pole positions. From now, Lorenzo would race in red…

His switch to Ducati was tougher at first, although a first podium wasn’t long in coming as he took third on home turf at Jerez. Flashes of speed shone through but it wasn’t till Aragon that Lorenzo was back on the rostrum, taking another third place, and he was close to the win at a wet Sepang later in the season. A warning shot for his rivals came at the same venue at the start of 2018 as Lorenzo smoked the lap record in testing.

It would take a few more races of speed that the ‘Spartan’ struggled to convert into podiums before a switch suddenly seemed to flick – and what a place for everything to come together. Mugello, Ducati’s home Grand Prix, had seen Lorenzo master its curves on many a Sunday. And in 2018 he did so once again for an emotional first win in red, destroying the opposition. Was this the start of something? Another win at Catalunya said it may well be.

Another of Lorenzo’s best races came later in the season as he won a stunning showdown at the Red Bull Ring in Austria, taking victory from Marquez by only just over a tenth. His final win so far, it was also another rider-defining display of excellence.

After crashes at Aragon and Buriram, injury would then strike again, however, and a difficult period followed. For 2019 though, Lorenzo was back and took on another new challenge as he moved to partner Marquez at Repsol Honda and once again began to adapt to another new bike. But injury struggles struck again, and broken vertebrae interrupted the season, necessitating a long recovery. Although the five-time World Champion once again showed his mettle as he returned to race, Lorenzo has now announced his retirement – bowing out on home turf, and one of the venues he has ruled more than many.

18 seasons, 68 wins, 152 podiums, 69 pole positions and 37 fastest laps: that’s five-time World Champion Jorge Lorenzo, one of the true greats. He will also be inducted as a MotoGP™ Legend next season at the Spanish Grand Prix at Jerez.MOTOGP.COM