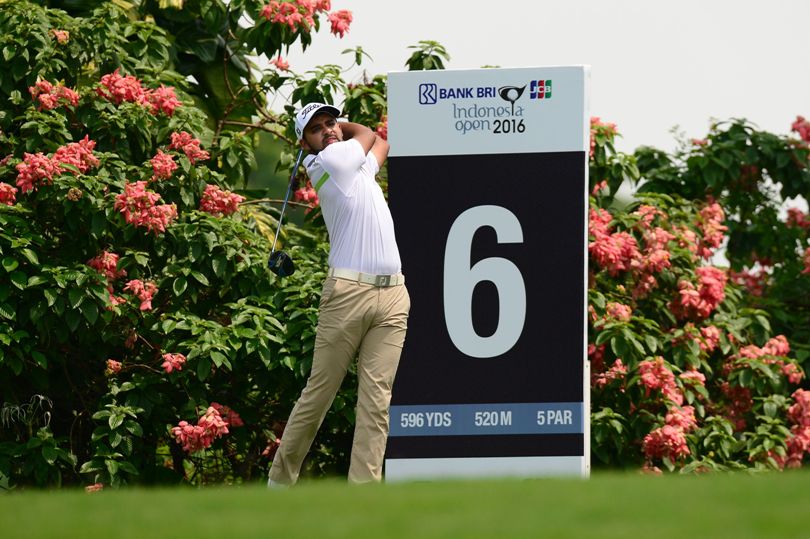 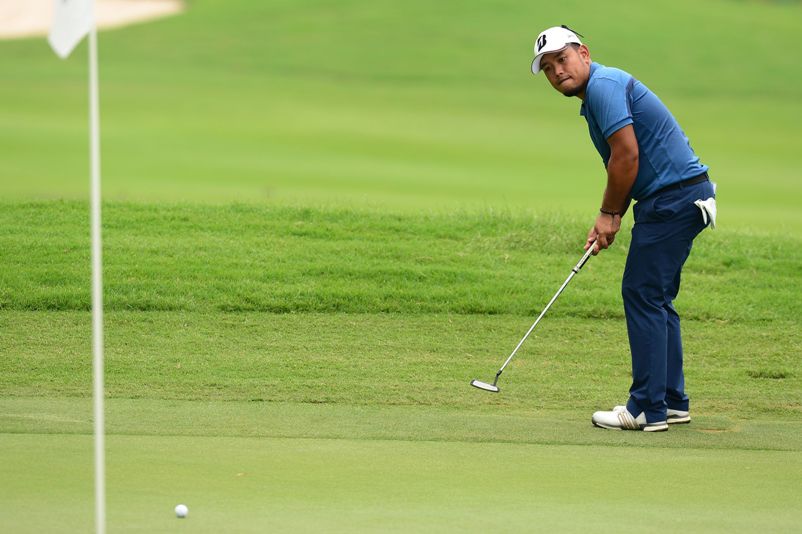 Chinnarat Phadungsil of Thailand and Khalin Joshi of India fired identical seven-under-par 65s to share the clubhouse lead in the first round of the weather-interrupted BANK BRI-JCB Indonesia Open on Thursday.

Chinnarat, a three-time Asian Tour champion but not since 2009, and Joshi are fighting to retain their playing rights for next year as they currently occupy 73rd and 113th places on the Order of Merit. They must finish inside the top-65 by the end of the season to retain their Tour cards.

The US$300,000 Asian Tour event was suspended for over two hours in the afternoon due to lightning threats before play was abandoned at 5.45pm due to fading light. A total of 56 players will return on Friday at 6.15am to complete their rounds at the Pondok Indah Golf Course.

Hung Chien-yao of Chinese Taipei, who is searching for a first Asian Tour title, fired a bogey-free 66 while Korea’s Soonsang Hong, Sukree Othman of Malaysia and two-time Asian Tour winner Jazon Knutzon of the United States,who is also fighting to save his Tour card, are a further shot back.

Indonesian amateur Almay Rayhan Yaqutah led the local charge by shooting an impressive 68 to tie in ninth place alongside Quincy Quek of Singapore, Ben Leong of Malaysia, Victor Osterby of Denmark and Nicolas Paez of the United States.

The 28-year-old Chinnarat, who holds the honour of being the youngest winner on the Asian Tour at the age of 17 years and five days, rediscovered some of his best form by staying focussed and keeping to a simple game plan.

He fired nine birdies but slipped down the leaderboard when he triple bogeyed the par three eighth hole after his tee shot landed in the greenside bunker.

“I hope this will be my lucky week and I can win again to get my Asian Tour card. I lost confidence but I’ve been trying hard to get that win again,” said Chinnarat.

“I played good because I focussed on my game and on the shots I want to hit. Previously, I kept thinking about so many different types of shots so it was very confusing. Now the plan is simple, think of one shot and commit to that shot. No more thinking about trying different shots!” he added.

The big-hitting Joshi is hoping to follow in the footsteps of his close friend Shubhankar Sharma, who finished tied fourth in the Philippines on Sunday to retain his Tour card for the new 2017 season.

“I’ve been talking to Shubhankar (Sharma) and he has been a huge influence to me. He had a great week last week and I’m so happy for him. He told me to never give up because you never know what will happen until the last moment like what happened to him.

“I hope to follow in his footsteps and have one good week to keep my card. Once you’ve saved your card, it is a fantastic feeling because you are playing to win and trying to move higher in your career,” said the 24-year-old Joshi.

The 24-year-old Hung, who finished tied seventh in Philippines last week, continued his rich vein of form after working with new caddy Chen Ming-chuan, who is also his coach and a professional golfer.

“I’m happy with the result. My playing partners told me that I missed a few good birdie putts so the round could have been lower. My caddy has given me a lot of confidence and he gives me good reads on the greens. It is a good partnership between us,” said Hung.

The 18-year-old amateur Yaqutah, a former individual and team gold medallist at the 2014 ASEAN School Games, fired five birdies against one bogey to enjoy a flying start in his first Asian Tour tournament.

Scores after round 1 of the Bank BRI-JCB Indonesia Open 2016 being played at the par 72, 7243 Yards Pondok Indah GC course (am – denotes amateur):