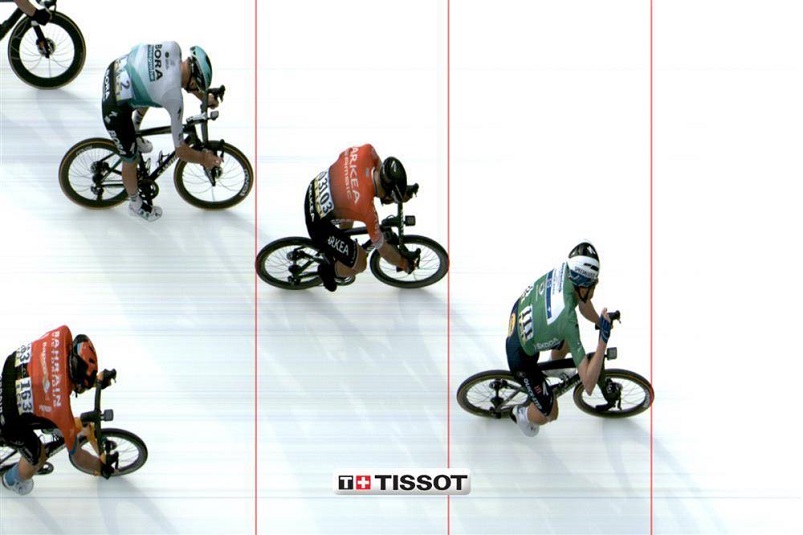 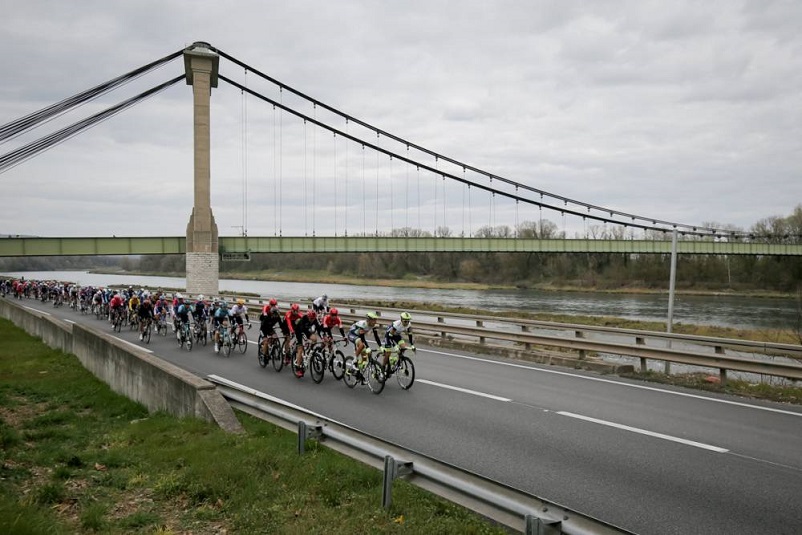 Sam Bennett avenged his disappointment in stage 2 to snatch his second stage win of this Paris-Nice in Bollene after another impressive show of strength by his Deceuninck-Quick Step team. The Irishman powered to his 5th stage win on the Race to the Sun ahead of France’s Nacer Bouhanni (Arkea Samsic) and Germany’s Pascal Ackermann (Bora-Hansgrohe) after a long, sometimes sluggish 200.2 km ride.

Primoz Roglic (Jumbo-Visma) retained the race leader’s yellow and white jersey, but suffered a big fright when he crashed with 37 km to go in a pile-up which forced his team captain Tony Martin, the 2011 Paris-Nice winner, out of the race. He now leads title-holder Maximilian Schachmann (Bora-Hansgrohe) by 31 seconds, the German having picked a few seconds in the bonus sprints of the day.

152 riders started from Vienne at 11:08. The peloton decided to take it easy at first, covering less than 32 km in the first hour of the race. The first sprint of the day in Vion (Km 54) won by Germany’s Jasha Sütterlin (DSM) allowed title-holder Max Schachmann (Bora-Hansgrohe) to snatch two bonus seconds and find himself trailing Primoz Roglic by 33 seconds overall. Lucas Hamilton (Bike Exchange) was third. The first three hours of the race were ridden at only 33 kph.

The first attempt to shake up the peloton took place at kilometre 128, when eleven riders, all of them Belgian, upped the tempo and broke with the pack. The escapees were Victor Campenaerts (Qhubeka-Assos), Jasper Stuyven and Edward Theuns (Trek-Segafredo), Thomas De Gendt and Philippe Gilbert (Lotto-Soudal), Tim Declercq and Yves Lampaert (Deceuninck-Quick Step), Stan De Wulf and Oliver Naesen (Ag2R-Citroen), Dries de Bondt and Louis Vervaeke (Alpecin-Fenix). But they were reeled in seven kilometres further down the road.

The pace increased slightly as the finish was nearing and a bunch sprint seemed unavoidable. The acceleration led to a couple of crashes at the back, one involving Laurens De Plus (Ineos Grenadiers), who was halted by a mechanical and lost ground. At kilometre 163, Tony Martin hit an obstacle on the roadside, which led to a team pile-up involving race leader Primoz Roglic. While the yellow and white jersey was able to make it back on his bike, the 2011 winner of the Race to the Sun was forced out of the race with a suspected shoulder injury.

The crash led the peloton to relax a bit as the sprinters trains were taking their positions. Max Schachmann battled in the second bonus sprint (km 184) with Ion Izagirre (Astana) who pipped him on the line and collected the three points on offer. Tiesj Benoot took the last point for his 27th birthday. In the last five kilometres, Deceuninck-Quick Step seized the reins and perfectly delivered Bennett into the final stretch. But the Irishman was led out slightly early and had to be super strong to fend off the challenge of Bouhanni and Ackermann and earn his 4th victory of the season. – www.paris-nice.fr