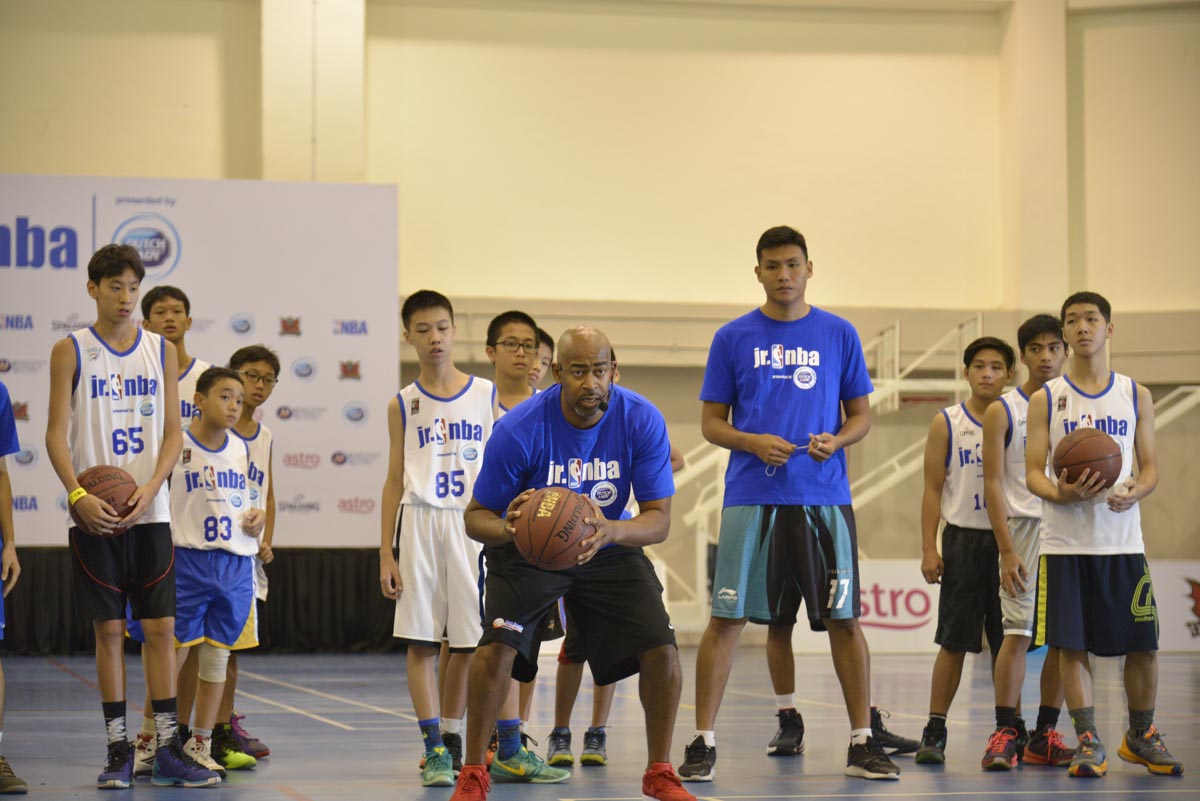 64 of Malaysia’s most promising basketball talents became one step closer towards being selected as a 2016 Jr. NBA Malaysia All-Star. Jr. NBA Malaysia 2016 presented by Dutch Lady Regional Selection Camp ended with the selection of 40 boys and 24 girls aged 10-14 who will advance to the National Selection camp in Kuala Lumpur from August 5 – 7.

The clinics were led by Craig Brown, Jr. NBA 2016 Head Coach alongside other esteemed coaches. Participants were put through skill stations and clinics to test and develop their basketball skills. Each participant wasalso nurtured in learning the importance of the Jr. NBA’s core values of sportsmanship, teamwork, having a positive attitude, respect (S.T.A.R.)and the benefits of proper nutrition.

Dutch Lady serves as the presenting partner of the Jr. NBA program in Malaysia as part of its Drink. Move. Be Strong campaign, which encourages an active lifestyle and a healthy diet among Malaysia youth while highlighting milk’s role in a child’s growth and development, helping build muscle, keeping bones strong while also filling up and rehydrating.

The National Training Camp will once again be attended by an active or retired NBA player and feature an NBA Cares community outreach event. The programme will culminate with the selection of 10 boys and five girls, who will be named as 2016 Jr. NBA Malaysia All-Stars. These standout campers will embark on a unique, overseas NBA experience together with fellow Jr. NBA All-Stars from Southeast Asia later in the year.

The 2016 Jr. NBA Malaysia All-Stars will be crowned at the NBA roadshow this coming 7th August at 1 Utama Shopping Centre. Fans can follow Jr. NBA on Facebook at www.facebook.com/jrnbamalaysia. For all things NBA, visit www.nba.com and “Friend” the NBA’s official account on LINE by adding @nba_global.