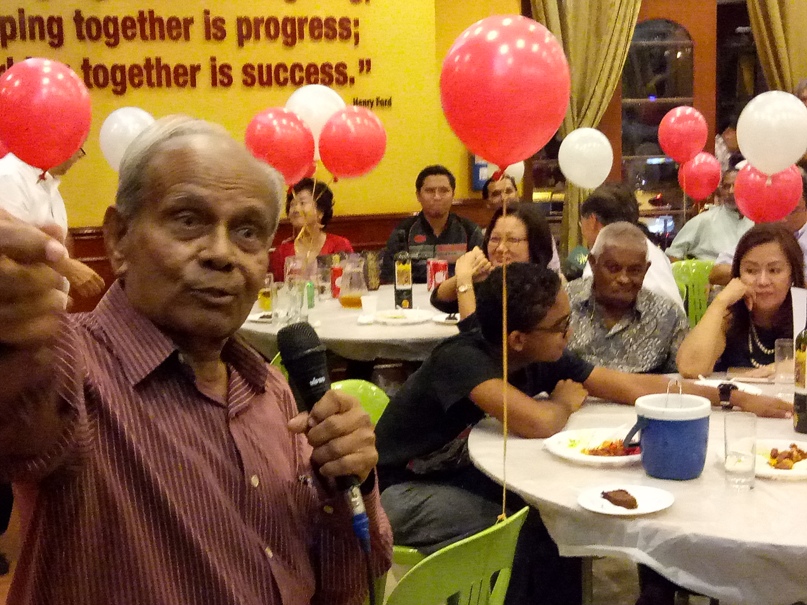 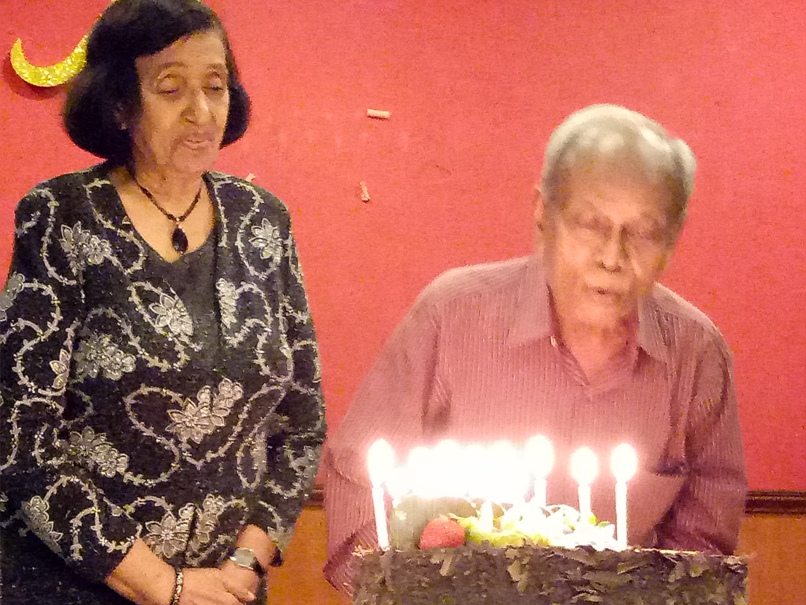 A PARADE of praises was sung to him by some of Singapore’s footballing legends as Justin Morais turned 85 on Friday.

He couldn’t hold back his tears as a capacity crowd at the Ceylon Sports Club along Balestier Road saluted the exemplary achievements of an extraordinarily humble football gentleman, probably relegated to one of the many “forgotten men”, whose value-added services have never been adequately lauded or remembered.

From 1945 when he started his footballing career with Tampines Rovers and Singapore, he never blew his trumpet and remained humble as he moved on in life, career as a hospital radiographer, a family man and now a retired pioneer-specialist of complementary and alternative medicine here.

But when the tributes on Friday flowed for him, from some of the most famous Made-in-Singapore names, I was tear-jerked, too, as I realised how much Morais was hero-worshipped.

Morais may not instantly ring a celebrity bell but he remains as one of the long-lost football heroes. A national striker in the 1940s and 50s, he was a national trainer with the Lions in the early 1980s, and founder-member of Tampines Rovers, the four-time S-League champions.

Understandably, he almost broke down as he heard the celebrity cords from past players and officials, even politicians, too, of his dedicated services. And there were thunderous applause as he blew the birthday candles, and the tsunami of tributes hailed him for his extraordinarily unassuming relationship and leadership.

They hailed him as Singapore’s version of “Matt Busby” of Manchester United fame as he, in his personalised quiet way, inspired hundreds of Tampines Rovers footballers towards the ranks of international stardom.

“I’m overwhelmed by the tributes,” said a teary-eyed Morais. “I’m now fired up to go on another five years to celebrate my 90th birthday!”.

Few know that the former radiographer from Toa Payoh Hospital is now recognised as Prof Justin Morais, for his advances in propagating biological medicine.  Just goes to show that he never stopped learning and upgrading his medical skills to be hailed regionally as an advocate of alternative medicine. 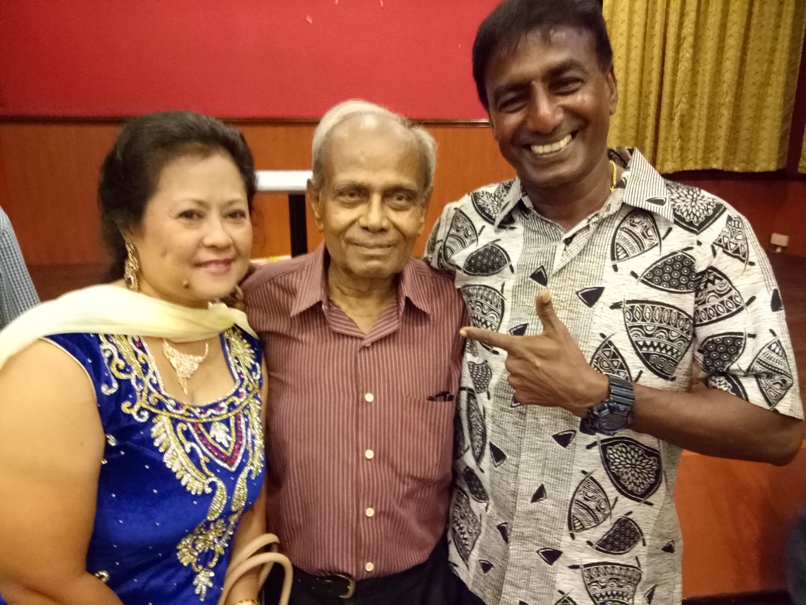 The lesson to learn from Morais is that the true value of a gentleman is always under-recognised and under-estimated when the proverbial trumpets are not blown.

His playing career started in the late 1940s, as a sprinter-like winger for Tampines. He had superlative speed and tactful footwork to match during an era when Singapore produced some of the greatest post-war players like Rahim Omar, Lee Teng Yee and Majid Ariff.

As a schoolboy, Morais trained under the legendary (the late) “Uncle” Choo Seng Quee, then coach of Combined Schools and five youngsters were upgraded to join the National Team. But just before the Malaysia Cup was due to start, Morais lost his striker-role to a 16-year-old Rahim Omar, who went on to be one of the greatest Asean strikers.

Morais, to reiterate, was one of the founder-pioneers who started the famous Tampines Rovers in the mid-50s. They kicked off in Division 3A of the Singapore Amateur Football Association (SAFA) League. Playing for the first team were pioneers including George Pasqual, Edmund Perera and Basil De Souza.

Tampines Rovers was one of the pioneer teams in the S-League and put up a credible showing from 1996 to 1998. New coach Chow Kwai Lam revived the team and led the Stags to victory at the Singapore Cup. With newly gained confidence and a hunger for victory, the Stags set new heights for themselves this season to challenge the S-League and Asian League titles. The club even engaged Jermaine Pennant, former England and Liverpool striker, who ranks as the highest paid S-League professional.

Those who were mentored by Morais hail him as a “fatherly figure”, someone who could “genuinely understand the sentiments of the amateur footballers”. These accolades came from former national skipper in 1981 & 1983, Au-Yeong Pak Kuan (now based in Switzerland) and striker extraordinary V. Sundramoorthy (now national coach of the Lions).

Former Tampines President George Pasqual praised Morais’s skills and sportsmanship. “You could kick him and do anything with him and he would never retaliate,” he said. “He was the perfect example of self-discipline. I never remember a referee speaking to him once – and he didn’t speak to them either!”

Morais never ever believes in smelling the roses or sitting idle at home. He made bigger headlines after retirement when he opened in 1987, the Sports Acupuncture Centre in Hougang Central, which specialised in complementary and alternative medicine here. Indeed, there were a flock of patients, majority sportsmen because of his reputed involvement in football. 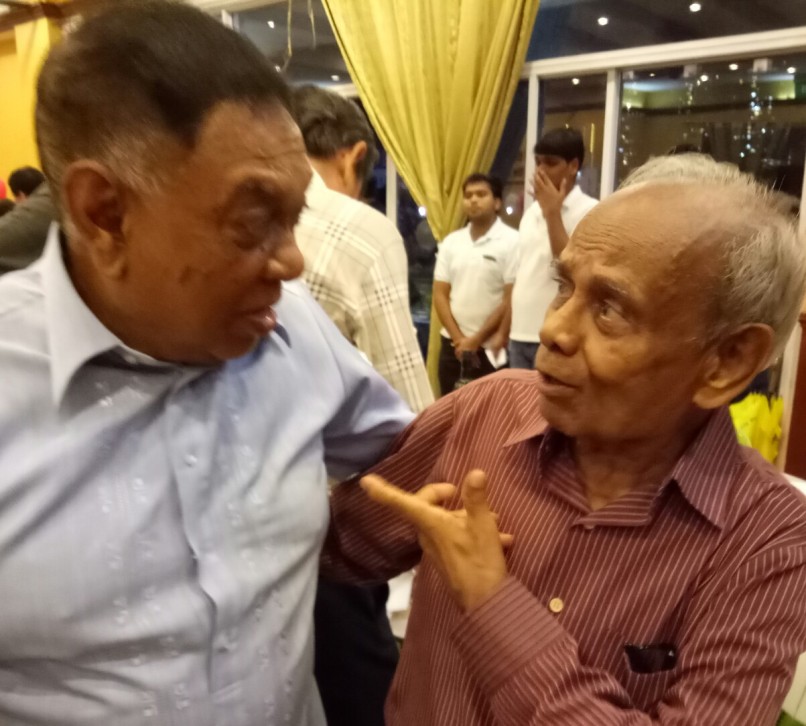 Former Malaysia Cup hero fullback S. Rajagopal, famously known as “The Camel”, said Morais was never in the business for money as he valued his patients. “Sometimes he hardly charges me, or gives me the strangest discounts, probably because he recognises my past contributions to the national team,” he said.

I, too, as a sports journalist, remember a few medical dates, a few years ago, where Morais examined me with a bio-resonance machine, which treated treated for acupuncture, electrotherapy, electro-acupuncture or homeopathy. I was told he usually charged $50 to $80 for the first consultation and $30 to $35 for follow-up visits. But he cared a hoot what I paid him! His famous words: “Don’t tell me what’s wrong with you. I will tell you, and you can let me know at the end, if it’s correct.”

His clinic later rose to be a humble source of learning and inspiration for many other alternative practitioners and health enthusiasts. He stood out for his combination of homeo, magneto and electro-acupuncture with bio-resonance therapy, nutritional medicine and complex homeopathy remedies (German) – the only one of a kind in Asia.

I hold my folded hands to revere Morais. In a time where success is rooted in materialism and celebrity, it is important to revive the virtues that motivated men like Morais to voluntarily serve sports without asking for an extra dollar, without fanfare, without celebrity.

Friday’s 85th birthday bash truly brought back the welcome big smiles for Morais, a forgotten sporting gentleman, who served the country in the sincerest modest way he could.

I still cannot get over the perfect parade of smiles over three hours as his mentors sang the same tune of a God-send Morais, who touched the hearts of countless personalities.

Yes, you deserve more than 85 salutations, for you’ve been under-recognised and under-estimated.

Cheers on your big Friday birthday and, let me say it again, what a wow of a standing ovation!