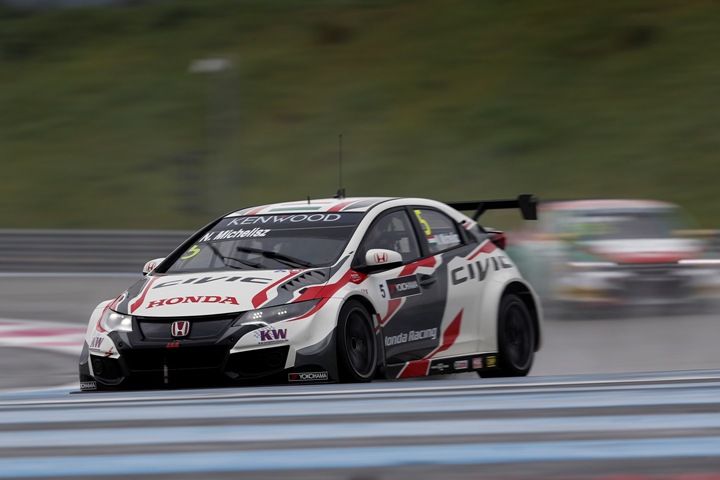 JVCKENWOOD, an Official Series Partner of the WTCC, has extended its commitment to the FIA World Touring Car Championship ahead of the 2016 season getting underway from 1-3 April.

The global manufacturer specialised in electronics and entertainment products has partnered the WTCC since 2009. It has been an enthusiastic Event Presenting Partner of selected races during that time and will back this year’s season-opening WTCC Race of France at Circuit Paul Ricard.

All World Touring Cars will be equipped with state-of-the-art KENWOOD radio communication equipment to enable the broadcasting of pit-to-car transmissions for the first time in the WTCC.  This will be of particular interest to fans watching live coverage of the new-for-2016 Manufacturers Against the Clock (WTCC MAC3) competition, a Tour de France-inspired team trial taking place on all 12 race weekends. With strategy a key focus, audible instructions to drivers from the pit wall will significantly enhance the viewer experience of this exciting initiative.

A new KENWOOD windscreen decals in recognition of the company’s increased involvement in the championship has been introduced, while JVCKENWOOD will partner the WTCC Hall of Fame display in the new WTCC Fan Village, present at the WTCC races in Europe.

François Ribeiro, Head of Eurosport Events, the WTCC promoter, said: “JVCKENWOOD has been an integral partner of the WTCC since 2009. By relying on KENWOOD’s high-tech radio communication equipment we will be able to make WTCC MAC3 – and our live coverage of the championship in general – an even greater spectacle. Furthermore, JVCKENWOOD’s support of the WTCC Hall of Fame will showcase the history of the championship. We once again look forward to welcoming JVCKENWOOD as the Event Presenting Partner at two events.”

Fabien Grégoire, JVCKENWOOD Vice President of Global Brands, said: “Sports is about passion and emotion at first. At JVCKENWOOD, we share the same passion for motorsports and the WTCC is a big part of that. This time, we’re very proud to bring KENWOOD’s very high performance radio-communications solutions, in order to support reliable communication to the teams and the drivers. Live communication definitely increases intense realism and being a part of the team is a key value of WTCC races.”

JVCKENWOOD is also confirmed as the Event Presenting Partner of WTCC Race of Japan at Twin Ring Motegi from 2-4 September when it will benefit from a number of branding opportunities, while also promoting its radio systems and video cameras.

Furthermore, a television advertising campaign around Eurosport’s coverage of the WTCC is also being implemented.