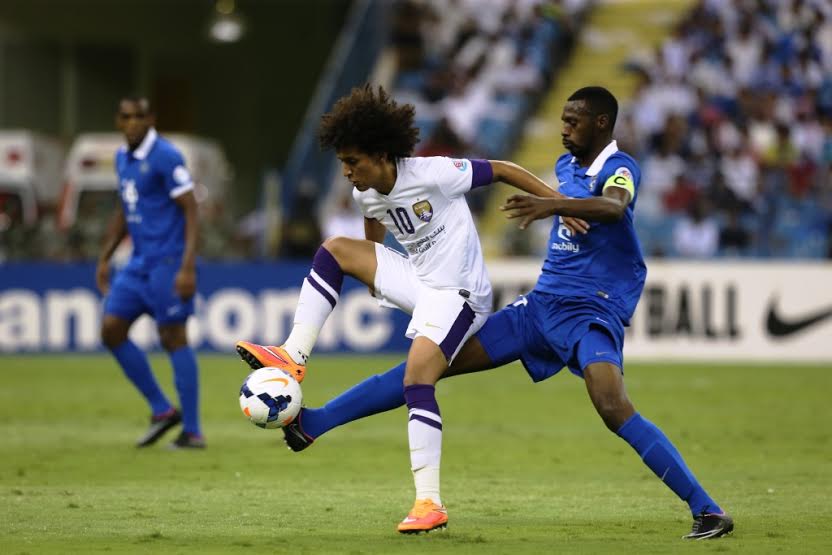 Al Hilal captain Kariri, who claimed back-to-back AFC Champions League titles with Saudi Arabia’s Al Ittihad in 2004 and 2005, missed Al Hilal’s training session on Thursday having briefly being hospitalised with flu-like symptoms and was kept apart from the rest of the squad.

But with two-time Asian Club Championship winners Al Hilal looking to join Korea Republic’s Pohang Steelers as the only three-time Asian champions, Romanian coach Reghecampf is looking to take an advantage back to Riyadh for next week’s decisive second leg.

“Saud was not training, but today he’s much better and I hope we’re going to have Kariri tomorrow on the field. But also if he’s not playing we have enough players with us and I hope that we can play tomorrow without Saud,” said Reghecampf.

“It’s very important if we can score tomorrow night because in Riyadh we will have a full stadium, a very nice atmosphere and our team plays much better at home. I hope we don’t receive any goals and to score one would be wonderful.”

The 13-time Saudi Arabian champions, though, have lost just one of their last 10 outings in the AFC Champions League, which included eight consecutive cleansheets prior to their 2-1 semi-final second leg defeat by Al Ain in the United Arab Emirates at the end of last month.

“We are playing now in the final and our opponents lost the last two games and conceded seven goals. It’s not the same. Tomorrow will be a very tough game and our players are ready to make a very good game and I hope we are going to have a very good result,” added Reghecampf, who succeeded club legend Sami Al Jaber as coach in May after leaving Romanian champions Steaua Bucharest.

“Every game is very important, but tomorrow is the first game and we are going to try to do our best for tomorrow and then, after the game, we will look at the next game. As I said, it’s a final and everything is possible.

“I think in the final it’s coming the best two teams and that’s why it’s 50/50. We are a very big team, one of the biggest teams in Asia but that’s not enough to win one game. We respect our opponents and I hope we’re going to make a very good game tomorrow night.”

In comparison to Al Hilal, final opponents and two-time A-League Grand Finalists Western Sydney are seeking their first continental title at the end of their maiden AFC Champions League campaign.

Tony Popovic’s side have already beaten J.League champions Sanfrecce Hiroshima, 2013 winners Guangzhou Evergrande from China and last year’s runners-up FC Seoul from Korea Republic over two legs in the knockout stages en route to the final, but must recover from back-to-back defeats in the A-League to remain in the hunt to become the first Australian winner of the continental title.

“We have a lot of respect for Al Hilal and for what they have achieved, and we hope in 50 years when we have 50 years of history, we have as many titles if not more,” said former Australia international defender Popovic.

“We understand the quality they have and the experience they have, but we have experienced a lot on this journey and we have always played big teams with big experience and big players and these players have always shone through. They have a lot of belief and a lot of quality and that is why they are in the final.”

Popovic also has some injury concerns of his own with the availability of forward Brendon Santalab, striker Tomi Juric and defender Matthew Spiranovic uncertain as Western Sydney look to go one step further than fellow A-League side Adelaide United who lost the 2008 final 5-0 on aggregate to Japan’s Gamba Osaka.

“We believe they are ready. Brendon is the only one that is a real concern. He will train today and we will see if he can be available for tomorrow,” added Popovic.

“We would love to have them all available, but we also need players who are fully fit for such a big game.”

CAPTION – Al Hilal captain Saud Kariri (right) won the AFC Champions League with fellow Saudi Arabian side Al Ittihad in both 2004 and 2005, but is a doubt for Saturday’s final first leg against Australia’s Western Sydney Wanderers at Parramatta Stadium.