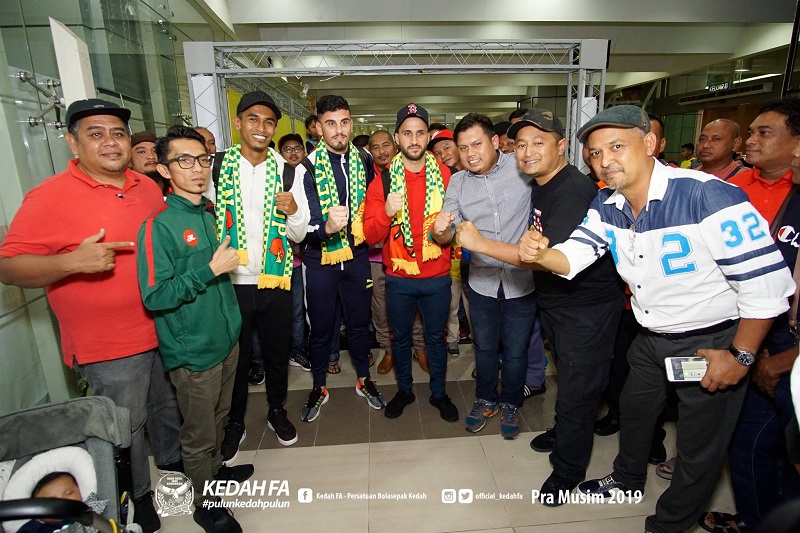 Kedah put the controversy surrounding “free agent” Akhyar Rashid aside to welcome their three new foreign signings for the new season on Thursday.

The trio were rather surprised with the welcome extended to them by the fans and team officials alike – which ignited their desire to win titles for the two-time triple champions in 2007 and 2008 when Kedah won the prestigious Malaysia Cup, the FA Cup and the League Cup under coach Azraai Khor.

Midfielder Rodriguez, speaking on behalf of the trio said: “We did not expect such a welcome. This is has only fired us up to give our best for the team.”

“Expect the best from us and hope we can help Kedah win titles in the new season.”

Shakir, who donned Singapore colours in the recent AFF Suzuki Cup, echoed the same as the Spaniard.

Meanwhile, the FA of Malaysia (FAM) have rejected Kedah’s appeal on the amount of compensation to be paid to the Kedah FA on Akhyar’s move to leave the team recently.

Akhyar will have to pay Kedah RM210,000 to buy out his contract with his homestate plus RM75,000 as compensation – as predetermined by the FAM following a recent decision that is in accordance to football regulations.

Kedah, however, are not happy with the amount and have vowed to take the matter to the Arbitration Court.  RIZAL ABDULLAH