Sports247
Home 2018 Kelantan get their first win in dramatic fashion 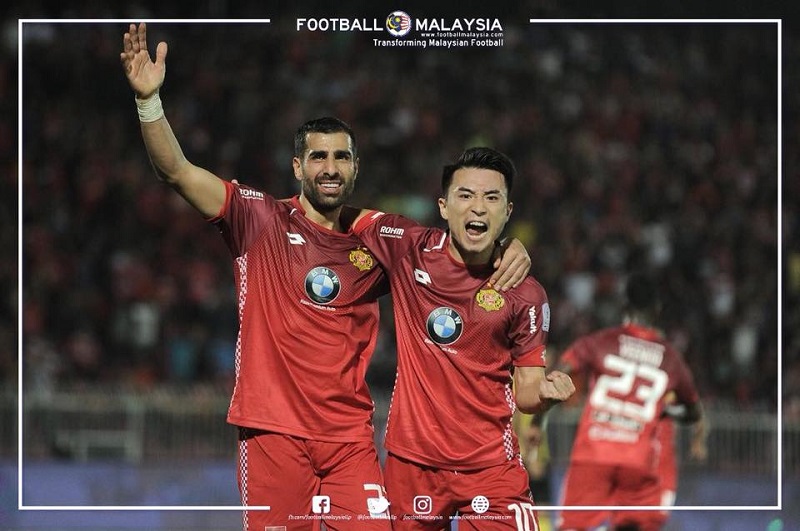 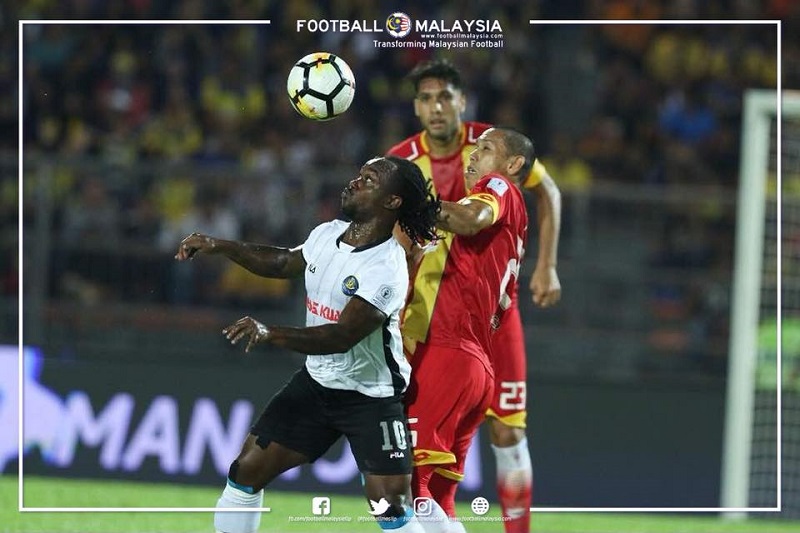 # Pahang hand Selangor a 3-1 beating
# JDT crush Melaka 3-0 at Larkin
Korean D Dong-hyun scored a hat-trick as Kelantan destroyed Perak 3-2 – coming back twice – in a Super League thriller at the Sultan Mohd IV Stadium in Kota Bahru on Saturday.
It was a thriller that threatened to get out of hand in the dying minutes with the one minute added time lasting a good five minutes as Kelantan welcomed the return of Lebanese international Mohammad Ghaddar adding spice with a booking.
Also booked was Dong-hyun for over celebrating his 87th minute winner by taking off his shirt as Perak were left stunned by Kelantan’s fight despite taking the lead twice.
Ghaddar, the Golden Boot winner last year with 23 goals, did not score but he provided the charm Kelantan football lacked in the previous three matches with the Red Warriors securing only one point, from a 1-1 draw against neighbours Terengganu in their second match.
Kelantan lost 2-1 to Melaka United in their first match which was played away and also lost 3-0 to Pahang in Kuantan.
On Saturday the night belonged to Dong-hyun as he plundered three goals past Perak custodian Muhammad Hafizul Hakim just when the home fans thought the visitors would add more misery to the Red Warriors.
The Korean midfielder scored his third and the winner with a rising shot that beat Hafizul all the way as the home fans celebrated while the yellow shirted visitors were left dazed.
Perak were 1-0 up on 21 minutes through Nor Hakim Hassan who beat Kelantan goalkeeper Khairul Fahmi Che Mat in similar fashion.
Kelantan took 67 minutes to equalize with Dong-hyun planting a crisp header from a long ball by skipper Badhri Radzi – who missed the first three matches due to illness.
The homesters were still celebrating the equalizing goal when Perak struck a minute later when a counter attack on the left saw Wander Luiz drill home from close range after Kelantan defenders failed to cut off Nor Hakim’s run on the left. Perak 2-1.
Dong-hyun once again rescued Kelantan when he finished off a move from Brazilian Bruno Lopes in the 76th minute before clinching the winner on 87 minutes.
At the Kuala Lumpur Football Stadium in Cheras a brace by Liberian international Francis Forkey Doe for Pahang handed Selangor a 3-1 defeat.
It was Selangor’s second successive defeat in the wake of the 4-1 mauling by Terengganu in Kuala Terengganu before the break for the Chinese New Year holidays.
After a 1-1 stalemate at half-time with Pahang taking the lead through Patrick Cruz (7th) and Rufina Segovia scoring a 38th minute penalty for Selangor it was Forkey Doe’s show after this.
The Liberian hitman gave Pahang the lead in the 48th minute and got his brace in the 71st minute via a penalty after William Pacheco was hauled up for hands inside the box. 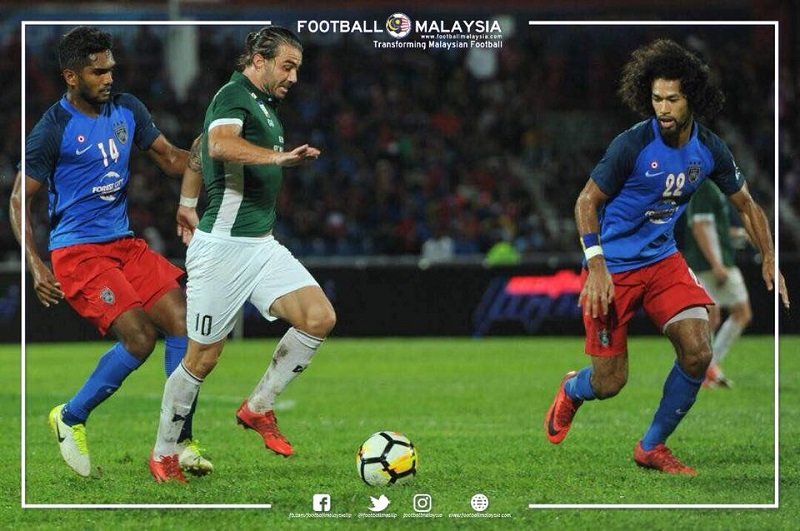