However, all that changed when Steve Darby made the much awaited changes when he brought in crowd favourite Badhri Radzi, better known as Piya, Mohammad Ghaddar and Mohamed Shawky.

Ghaddar set up Wan Zahrul Nizam for the first goal in the 72nd minute and in the 84th minute Ghaddar got his name into the scoresheet with a solo run after a long ball from Badhri. The Lebanese nicely chipped the ball into the net past the onrushing South China keeper.

It is Kelantan’s first win in the group after losing 5-3 to Yangon United in their opening match in Yangon. Kelantan’s next match is against table toppers Vissai Ninh Binh who kept their unbeaten run in the group with a 3-2 win over Yangon at home.

Darby said: “What system you play does not matter … as long as you score and stop the opponents from scoring. To me playing a certain system is all rubbish.”

“We had our chances in the second half but failed to take the opportunities. And when Kelantan brought in Ghaddar and Shawky the whole scenario changed,” said Ching Kuang.

Kelantan are also the new leaders in the Super League after their come-from-behind 2-1 win over defending champions Lions XII at the Jalan Besar Stadium in Singapore on Saturday. 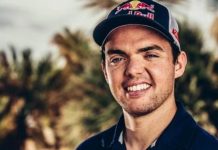