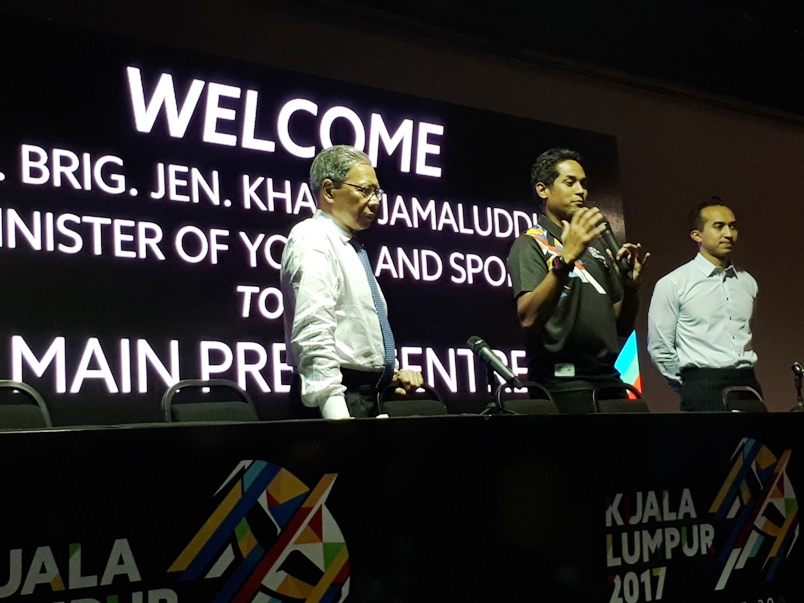 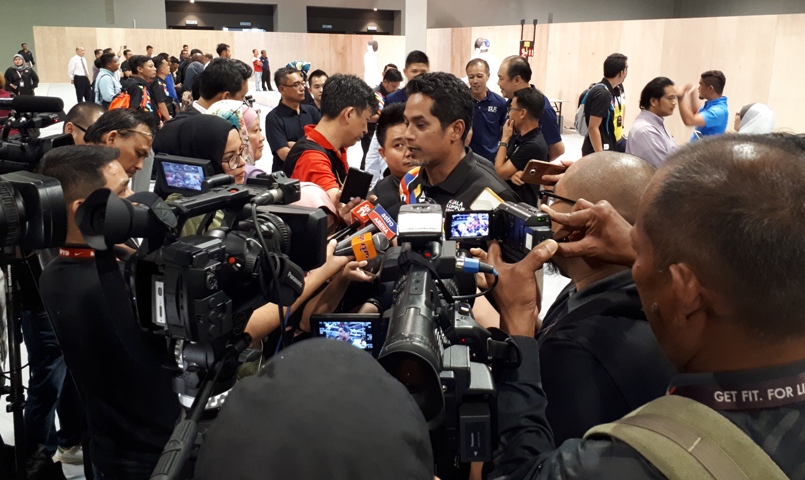 YB Brig Jen Khairy Jamaluddin, the Minister for Youth and Sports, is pleased with the level of readiness of the Malaysia International Trade and Exhibition Centre (MITEC) in Kuala Lumpur today.

The centre will also house the Main Press Centre (MPC) and the International Broadcast Centre (IBC). The venue will be officially declared open by Dato’ Seri Najib Tun Razak, the Prime Minister of Malaysia, on 8 August.

Khairy, the chairman of the Malaysian SEA Games Organising Comittee (MASOC), was pleased to see the progress of the venue nearing its completion in time for KL2017.

“Basically we’re 98% ready with MITEC. The remaining 2% will be the touch up, decorations works and some technical equipment.

“The seats for the spectators have been set up and most of the sporting arenas are ready for the Games.

“The only thing remaining are the decorations and the installation of security systems such as scanning machines which will be in place within a week or two.

“I believe MITEC will be fully operational on 8 Aug when our Prime Minister makes his visit for the official opening,” said Khairy.

During the visit, the Malaysian athletes from various sports associations – table tennis, fencing, boxing, and rhythmic gymnastic – have already started accustoming to their respective venues.

“Certain venues have already been open to the sports associations for our athletes to prepare.

“I’m satisfied with the visit today as everything is going according to plan,” said Khairy. – BY ALVIN OH