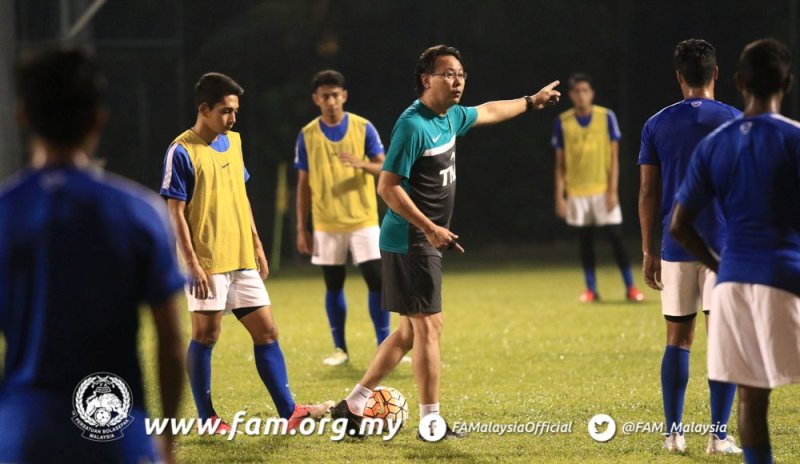 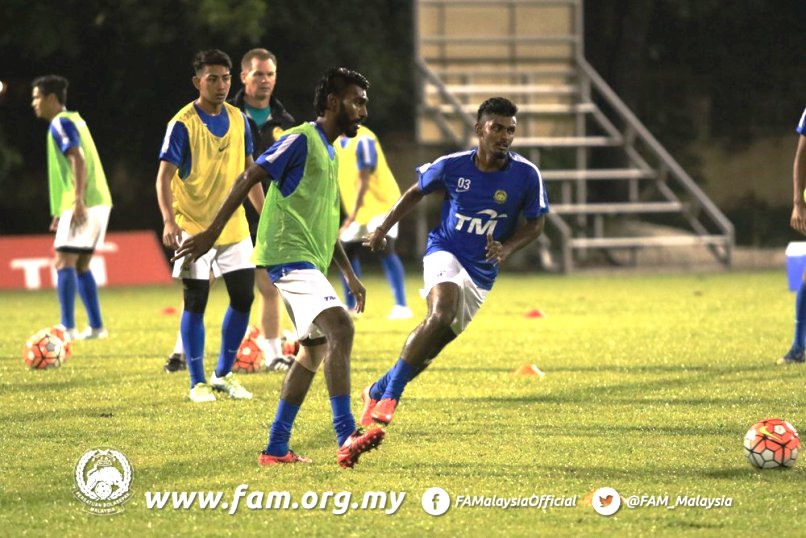 Datuk Ong Kim Swee, the head coach of the Malaysian Under-22 team, is keeping it positive in spite of the long injured list.

With Ahmad Khairil Anuar Ahmad (Perak), Ahmad Azriddin Rosli (Felda United) and Nur Shamie Iszuan Amin (Sarawak) absent to stoke the fire of the engine room, the Melaka-born tactician has had to call in reinforcements.

And after watching them in training tonight at Wisma FAM in Kelana Jaya, Kim Swee is confident that the new trio he has called upon will deliver what is expected for their trip to China later this month.

The three players whom Kim Swee have enlisted for the job are Irfan Zakaria (Kuala Lumpur), Sean Eugene Selvaraj and Kalaiharasan Letchumanan (both from Negri Sembilan).

“They are fitting in well with the training regime since joining the team for only two days. Overall, the team’s fitness has improved over five days of training,” said Kim Swee.

“We need a programme which is effective as we have two targets within a short space of time – one is to qualify for the AFC Under-23 Championship and secondly to win the men’s football gold medal at the SEA Games 2017 which we will be hosting.”

In preparation for the AFC U23 qualifiers in Bangkok from July 19-23, Kim Swee has lined up three warm-up matches in China on 8-16 June.

The young Tigers will face China’s national U22 side on 10 June to be followed by games against Guangzhou clubs – R&F reserves (13 June) and Evergrande reserves (15 June).

They will then return to Petaling Jaya for training on 17-23 June before going back to their respective clubs.

“We will assess them again when the league resumes. Hopefully the players will continue to work and maintain their fitness level,” added Kim Swee.

In Bangkok for the AFC U23 Championship qualifiers. Malaysia have been placed in Group H against hosts Thailand, Indonesia and Mongolia. – BY ALVIN OH