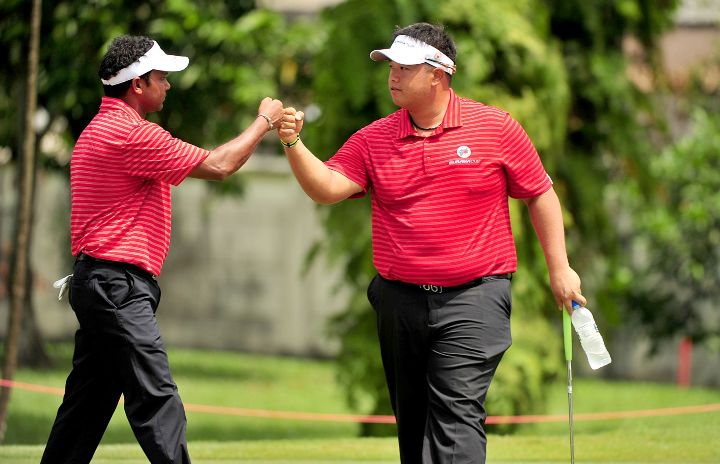 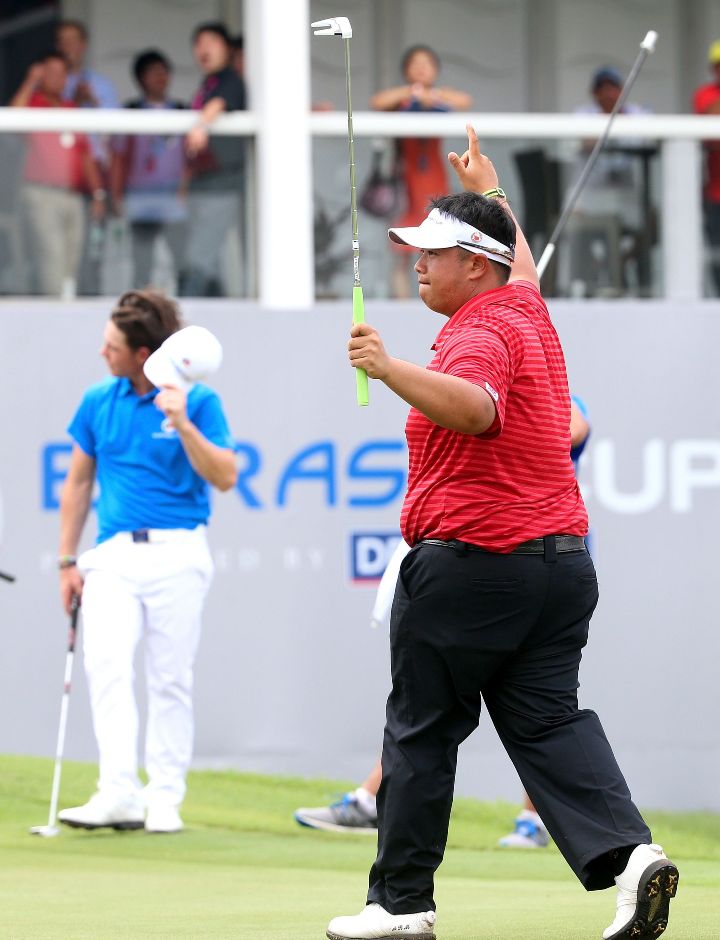 Lone Asian victors, Kiradech Aphibarnrat and S.S.P. Chawrasia, have vowed to fight till the end after Europe opened up a six-point lead following the conclusion of day two at the EurAsia Cup presented by DRB-HICOM on Saturday.

Kiradech and Chawrasia, who lost their opening fourball match on Friday, dovetailed superbly in the foursomes format to hold off Kristoffer Broberg and Chris Wood by 2-holes at the Glenmarie Golf and Country Club.

Chawrasia and Kiradech were always in control in their foursomes match, going 3-up at the turn. Wood and Broberg fought back with birdies on 12 and a par on 17 to trail by 1-down but Kiradech, Asia’s number one in 2013, rolled in a 20-foot birdie on the last to secure a priceless point for Team Asia.

“Both of us played really solid golf today. We recovered well and holed lots of putts. It was a great partnership and we really played well as a team,” said Kiradech.

Chawrasia was delighted they managed to play to their strengths and redeemed themselves after losing in the fourball session.

“Kiradech is a long hitter and I’m good in my short game. So we complemented each other well. If he made a mistake with his drives, I can help recover in the short game. And vice versa. That was our plan which worked out really well,” said Chawrasia.

With Team Europe needing only 3 ½ points to win the EurAsia Cup, Kiradech knows Asia must come out with guns blazing on Sunday.

“It was a very important point for the team. If you look back at the last event two years ago, we showed we still can fight back. Everything is still very positive and I believe we can still do it again,” said Kiradech.

“I think the point that we got was an important point. Every point is important for us tomorrow. If we can start well in the first five matches, I think anything can happen.”

Kiradech will face Matthew Fitzpatrick in the fourth singles match tomorrow while Chawrasia will take on Wood in the ninth match.