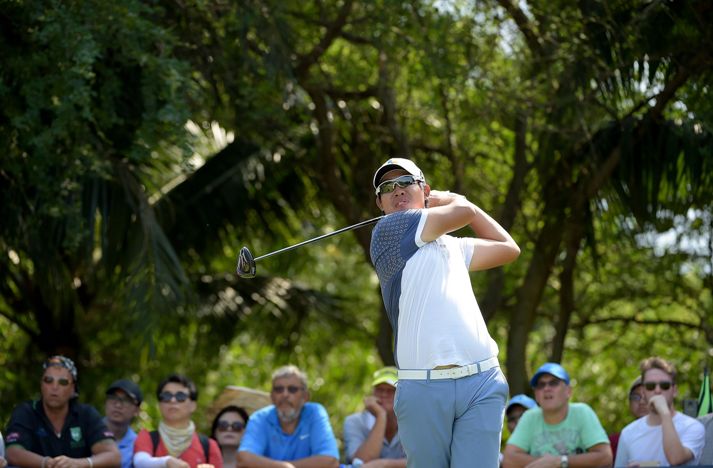 Korean sensation Byeonghun An is ready to impress when he represents Team Asia in his debut appearance at the EurAsia Cup presented by DRB-HICOM which gets underway next week.

An, ranked 29th in the world thanks to a superb 2015 season, will be among the 12-man squad which will be captained by Jeev Milkha Singh of India at Glenmarie Golf and Country Club from January 15 to 17.

The 24-year-old enjoyed a remarkable season last year where he won once and secured four other top-five results on the European Tour to earn the coveted Sir Henry Cotton Rookie of the Year Award.

After finishing the year in tied fourth position at the Thailand Golf Championship on the Asian Tour, An has now set his sights on helping Team Asia lift the prestigious EurAsia Cup trophy.

“It was good to have a decent year. I am very excited to play in the EurAsia Cup. With Jeev as the captain, the team looks pretty strong. I think we will be able to compete strongly against Team Europe,” said An.

“I have played quite a bit of match-plays in my career before. It was a bit different but I am very looking forward to it. Hopefully my experience will help the team,” he added.

Kiradech Aphibarnrat of Thailand, the 2013 Asian Tour Order of Merit winner, will make a second appearance at the EurAsia Cup with the aim of settling the score which ended in a dramatic 10-10 tie in the inaugural edition in 2014.

The 26-year-old delivered 1 ½ points in 2014 which included a 2 & 1 win over Thomas Bjorn of Denmark. His Foursomes match with countryman Thongchai Jaidee ended all square against Miguel Angel Jimenez and Pablo Larazabal of Spain.

“I am looking forward to playing in the EurAsia Cup. It definitely brings back a lot of memories! I am confident Team Asia will pose a strong challenge to the European Team this time. I want to come back stronger,” said Kiradech.

The big-hitting Thai believes the experience of playing in the first EurAsia Cup has helped him become a better and improved player.

“It was a great experience playing in the first EurAsia Cup and I learnt a lot from the tournament. It teaches me that it’s not over when the tournament has not finished. We still have a chance to win as long as the tournament is not over,” said Kiradech, who won three titles in 2015.

Nicholas Fung of Malaysia will represent Team Asia for the second time. He recalls the first edition vividly as he held his ground against Miguel Angel Jimenez in the Singles match before being defeated by a birdie on the last hole.

“I held my own against Miguel Angel Jimenez in the singles match. I was only defeated on the last hole after he holed a birdie putt from outside the green. I was disappointed to lose but proud at the same time because Miguel was one of the best players in Team Europe,” said Fung.