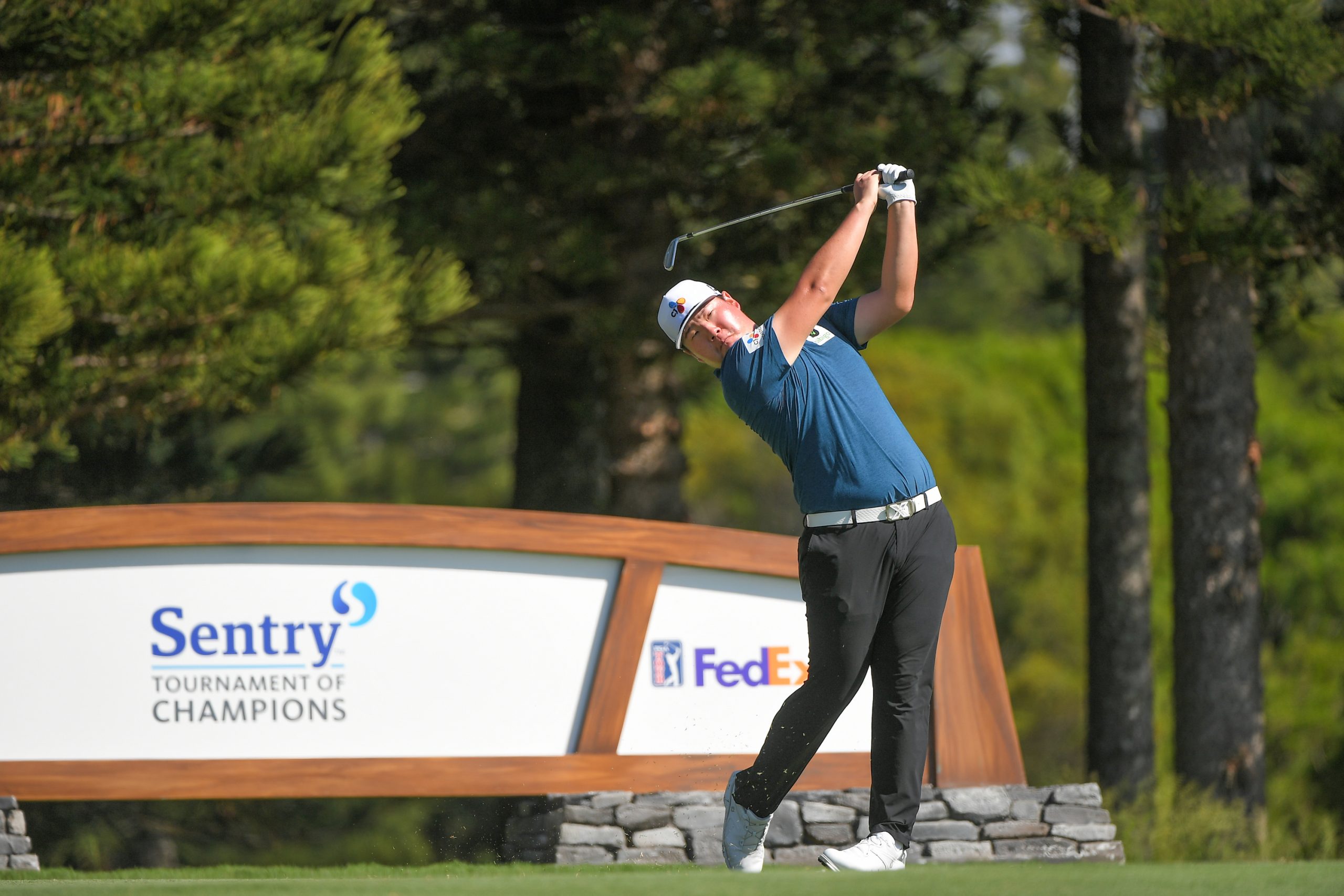 An early birdie, eagle spurt calmed some early jitters as Korea’s Sungjae Im began his 2022 with a first round of 6-under 67 for tied fifth place at the Sentry Tournament of Champions in Hawaii on Thursday.

The 23-year-old Asian golf star added four more birdies, including three in a row on his back nine, at The Plantation Course at Kapalua in Maui to trail early leader Cameron Smith, who soared with two eagles and five birdies for his 65.

Reigning FedExCup champion Patrick Cantlay and World No. 1 Jon Rahm fired matching 66s to be amongst the chasing pack in the PGA TOUR’s first tournament of the new calendar year which is exclusive to winners only from last year.

Masters champion Hideki Matsuyama opened with a 69 while three-time TOUR winner, Si Woo Kim, signed for a 71. The fourth Asian in the field, K.H. Lee, came in with a 72 in what is his tournament debut.

Fighting jetlag, Im opened with three pars before sinking putts of 11 feet and 10 feet for his birdie on No. 4 and eagle at the next hole to launch his quest for a third career victory on the PGA TOUR.

“To be honest, I was quite nervous. It is first event of the year and it’s nice to start with an eagle and birdie. I kept the flow on the back nine,” said Im, who entered the week in third place on the FedExCup thanks largely to his victory at the Shriners Children’s Open in Vegas in October.

He spent his off-season back home in Korea and arrived at the holiday isle on Sunday in preparation of his second appearance in the Sentry Tournament of Champions where he finished equal fifth last year. “I tried to concentrate a lot. I came to Hawaii last Sunday so I’m still a little jetlagged. I was focused on getting back my condition so it helped today. I have this flow going so I want to keep it going for the rest of the week,” said Im.

“It is very special to have a chance to play with winners. I’m very happy and proud. Wish I can come back again next year.”

Smith, a three-time winner on TOUR including the 2020 Sony Open in Hawaii, bogeyed his second hole of the day but hit his stride with monster eagle putts on the fifth and 15th holes from 44 feet and 37 feet respectively. It marked the third time in his career he has sank multiple eagles in the same round. (2017 Wyndham Championship R4, 2017 AT&T Pebble Beach Pro-Am R2)

“I started off pretty terribly, to be honest. I hit a couple of nice shots in and my

yardages weren’t quite on point. I just needed those two eagles to get a really low

one happening. Obviously two really long putts and probably quite fortunate that they went in, but they went in,” said the Presidents Cup International Team star.