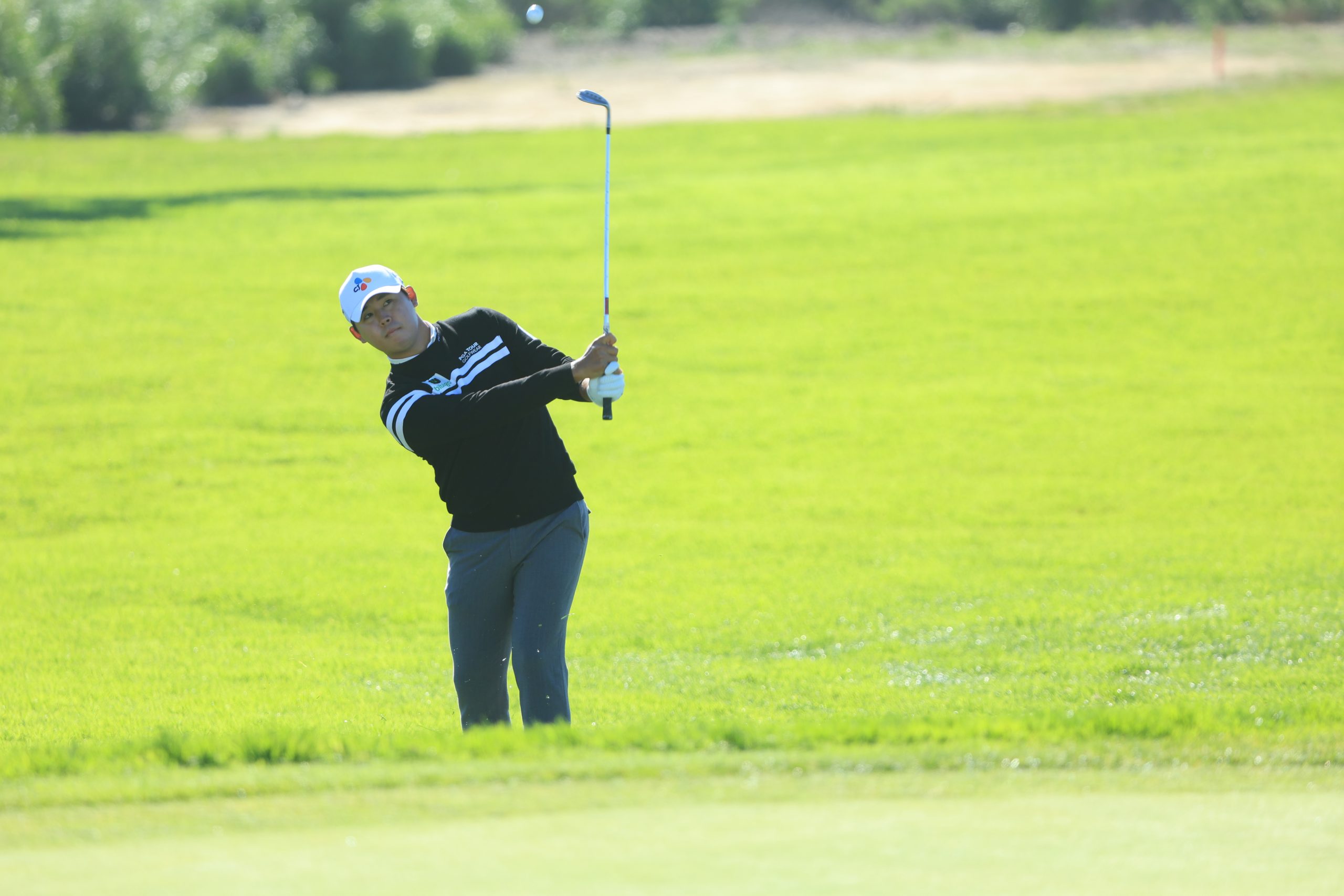 Korean golf star Si Woo Kim soared into contention at the halfway stage of the Farmers Insurance Open on Thursday, thanks to a stellar 8-under 64 which propelled him to tied sixth and four back of co-leaders Justin Thomas, Adam Schenk and World No. 1 Jon Rahm.

The 26-year-old Kim, who is a three-time PGA TOUR winner including the 2017 PLAYERS Championship, rode on seven birdies and one eagle at Torrey Pines’ North Course for a two-day aggregate of 9-under 135.

Schnenk, a day shy of his 30th birthday, blew the lights out of the North Course with a career low 62 which featured eight successive birdies from Hole Nos. 4-11 while 2017 FedExCup champion Thomas and Rahm, who won the U.S. Open at Torrey Pines last year, carded 63 and 65 respectively also at the North Course to share the lead on 13-under.

Another Korean, Sungjae Im, fired a solid 66 on the more difficult South Course for tied 12th place on 8-under. Players compete one round each during the first two days at the North Course and South Course, with the latter being used for the final two rounds.

Kim has been consistent during the 2021-22 PGA TOUR Season, enjoying five top-25s and missing only a single cut in six starts so far. He finished tied 11th in his title defence at The American Express last week and has maintained his momentum at Torrey Pines.

“Everything went pretty well today. With a birdie on the first hole, it gave me momentum until the end. I was confident after that first birdie. I was not anxious and ended with a decent score,” said Kim, who currently ranks 33rd on the FedExCup standings.

After turning in 32 and making three more birdies, Kim dropped a shot on 16 but bounced straight back with an eagle three on the par-5 17th hole. He is fully aware of the challenges that lie ahead on the South Course, where he carded a 71 on Wednesday, as he chases the leaders and a first top-10 at the Farmers Insurance Open in what is his sixth appearance in the event.

“On the South Course, the back nine is tough. If the wind starts blowing, it’s difficult to play. I have to keep that in mind. Even though I made some mistakes, I need to get over it quickly. I’m going to need to focus all the way through to bring me up on the leaderboard,” he said.

The 23-year-old Im, currently third on the FedExCup after winning the Shriners Children’s Open in Vegas in October for his second TOUR win, made one eagle and two birdies over his last four holes on the South Course to push himself onto the fringe of contention. He is searching for a first top-10 at Torrey Pines in his fourth start here.

Chinese Taipei’s C.T. Pan and Japan’s Masters champion Hideki Matsuyama will enter the final two rounds on 5-under after rounds of 72 (South Course) and 67 (North Course) respectively while India’s Anirban Lahiri enjoyed a bogey free 70 on the South Course to lie on 3-under.