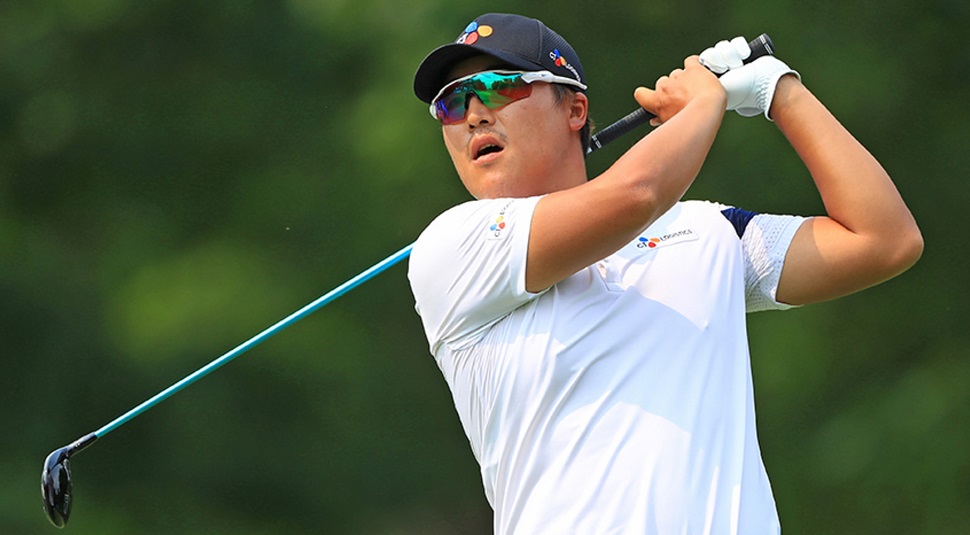 Lee, 29, continued to sparkle at TPC Scottsdale with his wonderful iron play and enjoyed a strong finish with four birdies over his closing five holes, including a 30-foot conversion at the 18th hole.

A day after finding all 18 greens in regulation in the first round, Lee, who is based in Orlando, hit another 15 greens to lead in the stat category and is seeking to become the second Korean winner in a month following Si Woo Kim’s triumph at The American Express.

“I started my round early and felt a little cold this morning, so I struggled a bit in the first few holes. Overall, I thought I played pretty good and as it got warmer, I managed to make some birdies which helped build my confidence. My putting was pretty good which I am happy about,” said Lee, who has a two-day total of 10-under 132.

Four-time PGA TOUR winner and World No. 4 Schauffele posted five birdies and an eagle on the par-5, 15th hole for a bogey-free 64 which propelled him into a one-shot lead on 12-under 130 over veteran star Steve Stricker (66) and Keegan Bradley (65).

Lee’s day began with an opening bogey but he bounced back with a 21-foot birdie putt on the fourth before dropping an 18 footer on nine to turn in 34.

After picking up another birdie on the 10th hole, he gave the shot back at the next before ending the day with birdies on Hole Nos. 14, 15, 17 and 18.

With wins at the Korean Open in 2015 and 2016 and just as many on the Japan Golf Tour, Lee is keen to taste success in the U.S. and become only the second Asian winner at the Phoenix Open after Japan’s Hideki Matsuyama.

“If I keep clam and focus on my game on the weekend, I could get into a higher position on the leaderboard, “ said Lee, who used three runner-up finishes on the Korn Ferry Tour in 2018 to secure his PGA TOUR card.

Countryman Si Woo Kim, who was victorious at The American Express last month, moved up to T27 following a 66 on 137 while Hideki Matsuyama, who won at TPC Scottsdale in 2016 and 2017, carded a 67 to lie a further stroke back alongside Byeong Hun An of Korea who carded a 69.

Schauffele, currently ranked sixth on the FedExCup points list, was delighted to put himself in prime position to end a victory drought dating back to January 2019.

“Trying to kind of stay calm, I guess. I want to win really bad. I think everyone wants to win really bad. People talk to me about it now more than before. So it’s okay to be aware of these things. It’s okay to be scared of bad shots and the unknown, but I think just sort of an overall calmness. I feel like whenever I’m in a content place off the course, it’s sort of an easy place for me to play well,” he said.