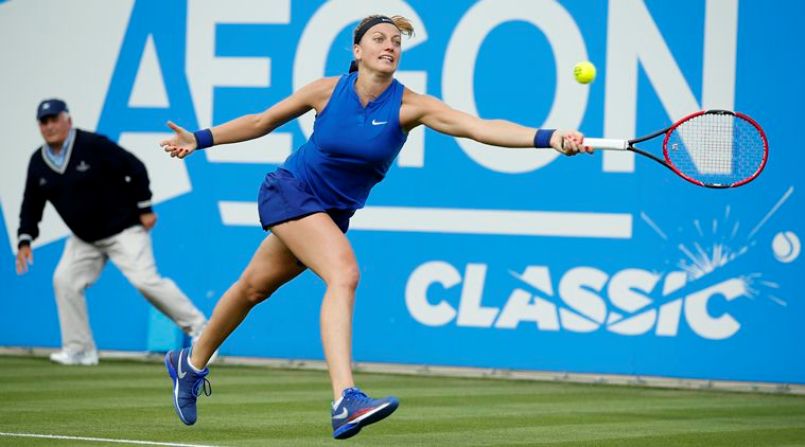 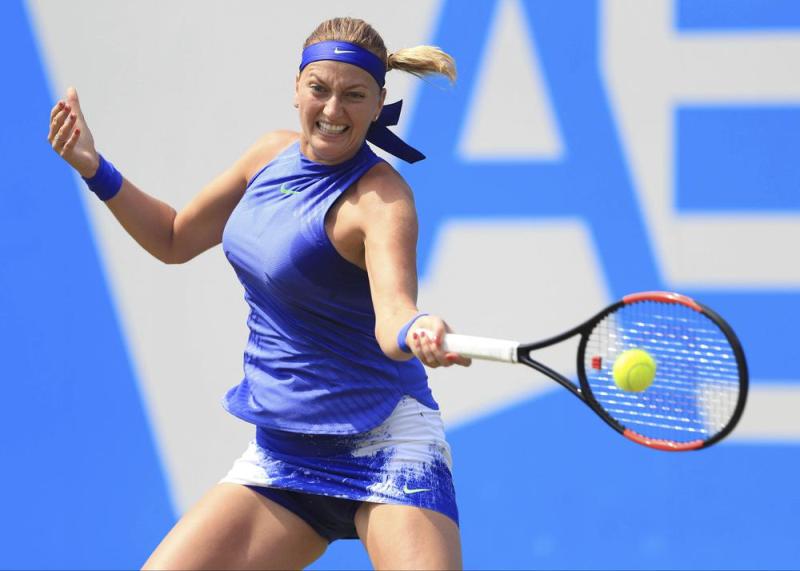 Petra Kvitova, the two-time Wimbledon champion whose career was almost ended by a knife attack, reached her first semi-final since the incident seven months ago by winning her third straight-set match at Birmingham on Friday.

The popular, grasscourt loving Czech did that with a 6-4, 7-6 (7/5) win over Kristina Mladenovic, the fifth-seeded French player, achieved her last-four spot in what is only her second tournament since her comeback.

Last month Kvitova slipped away from Paris with an empty feeling after losing in the second round of the French Open, while Mladenovic became the home star of Roland Garros by ending the title defence of Garbine Muguruza.

But on Friday was Kvitova’s turn to receive the applause, as she revealed that many parts of her incisive grass court game are in working order and that many things may still be possible despite enduring problems with the injured hand.

“It was very close, but I played better than I did before. It was just about one or two points and one or two breaks,” said Kvitova.

It was also about a missed opportunity which might have cost her the second set.

When she served for the match at 6-4, 5-3, Kvitova delivered two double faults, dropped her service game and lost her momentum.

Mladenovic, no mean grass court player herself, then held serve twice, advanced to a 3-1 lead in the tie-break, and looked the more confident of the two.

But she too double-faulted, repairing some of the damage with a brilliant passing shot which saved match point on Kvitova’s serve at 6-4. It was then that Kvitova enjoyed a slice of fortune.

Mladenovic’s serve at 5-6 looked good enough to win the point and draw her level again, with Kvitova’s return appearing about to slide wide.

But the ball struck the net cord, jumped into court, and fell dead.

“It was lucky –- I had been struggling from the moment I dropped serve,” she admitted.

Kvitova next plays her longstanding friend Lucie Safarova, a fellow Czech who saved match points for the second time this week while surviving 6-7 (4-7), 6-3, 7-6 (7/5) in three hours against Daria Gavrilova.

It was Safarova’s second success against a seed this week, her victory over the ninth-seeded Australian following another in the first round against the third-seeded Slovakian, Dominika Cibulkova, when Safarova saved two match points.

This time she saved three in by far the best match of the tournament so far.

At 3-5 down in the final tie-break Safarova hit a drive to the baseline which Gavrilova thought was out, but her appeal to the video replay brought no images to the screen.

Instead she had to accept the official’s announcement that the ball had in fact touched the line.

That put Safarova 4-5 instead of 3-6 down with three consecutive match points against her.

She capitalised by taking the next three points as well and with it the match.

The day’s other two quarter-finals ended in injury retirements.

Muguruza reached the semi-finals when Amercian opponent CoCo Vandeweghe  retired injured with an ankle injury after falling earlier in the match.

The Spanish player had lost the first set 4-6 but levelled the match by pocketing the second, 6-4.

Vandeweghe, who is such a threat on grass, admitted that her injury was “a concern for Wimbledon” which starts a week on Monday.

It is only Muguruza’s third semi-final of the year and the first on grass since she reached the final of Wimbledon in 2015.

Muguruza next plays Ashleigh Barty, the 21-year-old unseeded Australian who was leading Camila Giorgi 5-2 when the Italian became the second injury retirement within an hour and a half.

Giorgi, who had a left thigh strain, had fought through three rounds of the qualifying competition, and had been trying to struggle through her sixth match of the tournament. – Agence France-Presse