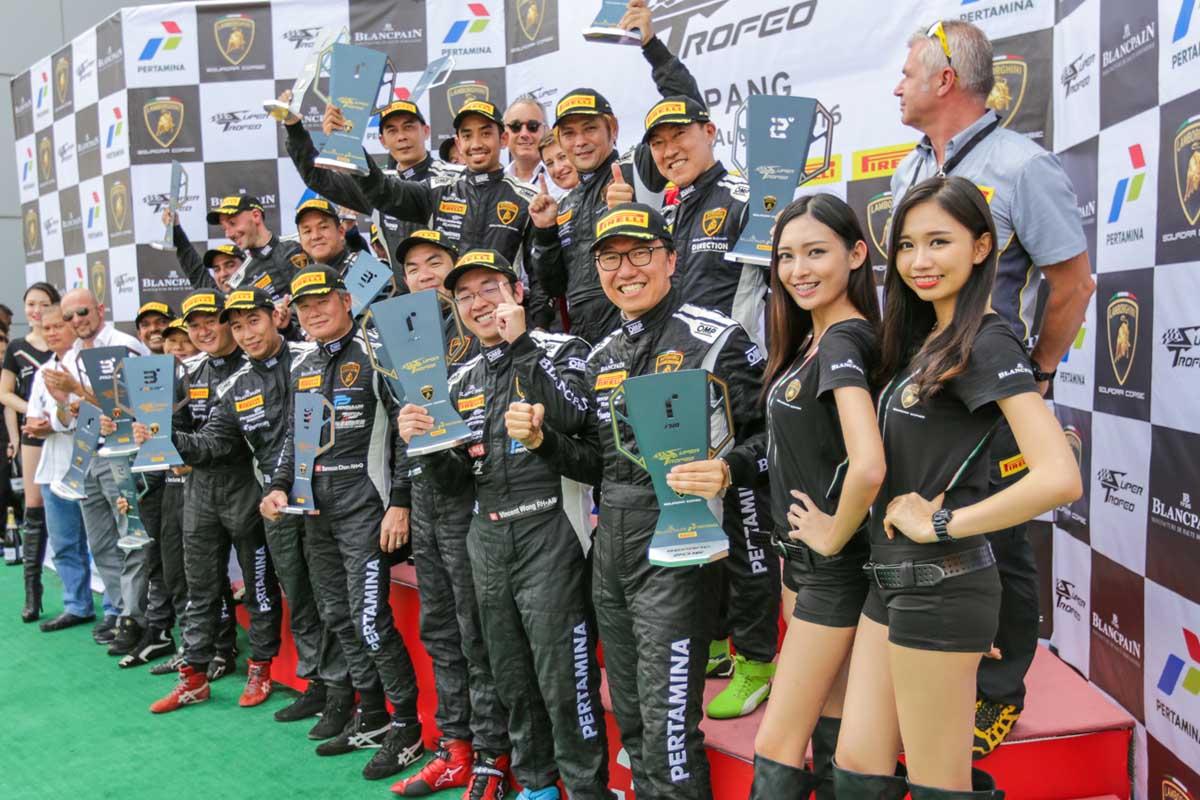 Motorsport fans were treated to a day of non-stop racing action at round four of the 2016 Lamborghini Blancpain Super Trofeo Asia series. Returning to Sepang for the fifth time in as many years, the Sunday double-header at Malaysia’s world famous international F1 circuit saw an excellent performance by all drivers and teams, but it was local driver AfiqYazid and Japanese teammate Toshiyuki Ochiaiwho took pole in both races.

Yazid, competing in the series for four years running, has come a long way since his first foray into the world of Lamborghini racing. A graduate of Lamborghini’s Young Driver Program, he has shown what can be achieved with dedication and commitment, performing tremendously well in the past two seasons.

Much loved by drivers, teams and fans, Sepang has played host to both the championship’s Asia debut in 2012 and the global World Final in 2014. Racers set off today under sunny skies, with temperatures in the low 90s and with the track in fantastic condition for racing.

Qualifying for race one saw Sri Lankan driver Dilantha Malagamuwa and Indian teammate Armaan Ebrahim take first spot on the grid with a competitive time, followed by Zen Low and Italian teammate Max Wiser. Yazid and Ochiai struggled a little at first, placing third on the grid, with a gap of over 1.5 seconds behind the lead car. Among the AM racers, Vincent Wong from Hong Kong along with Korean teammate Sanghwi Yoon were the fastest, followed by Andrew Haryanto from Indonesia, Keong Wee Lim from Singapore, then George Chou from Taiwan and teammate Samson Chan from Hong Kong. In the Lamborghini Cup Class, Sam Lokfrom Hong Kong placed ahead of Supachai Weeraborwornpong.

During race one, driver positioning saw some notable rearrangements from the grid lineup, with Malagamuwa and Ebrahim forfeiting pole to Yazid and Ochiai and slipping into second. Meanwhile Yudai Uchida from Japan and teammate Jono Lester from New Zealand,who started tenth on the grid, managed to climb all the way back up into third with a sterling performance. Elsewhere on the track, Haryanto managed to make his way to the head of the AM pack, while Chou and Chan squeezed past Wong and Yoon into second in their class. In the Lamborghini Cup class, Weeraborwornpong moved past Lok to take first in his class.

Qualifying for race two placed Yazid and Ochiai first on the grid, followed by Malagamuwa and Ebrahim in second, withHaryanto in third. In fourth was Lim, followed by Chou and Chan. As the race got underway we saw more jostling among the group behind pole, as Uchida and Lester who started sixth on the grid gradually moved their way up the leaderboard, followed closely by Low and Wiser, whobeganin seventh.

Although Malagamuwa and Ebrahim managed to hold off Low and Wiser, they fell victim to the hard driving of Uchida and Lester, who went into second, pushing Malagamuwa and Ebrahim into third. Try as they might however, the duo were unable to faze champions Yazid and Ochiai, who maintained their top spot all the way to the checkered flag. Meanwhile, Wong and Yoon, starting in eighth,put in a remarkable performance, pushing past all other drivers in their class, hounding Haryanto and eventually finishing the race in fifth overall and first in their class. 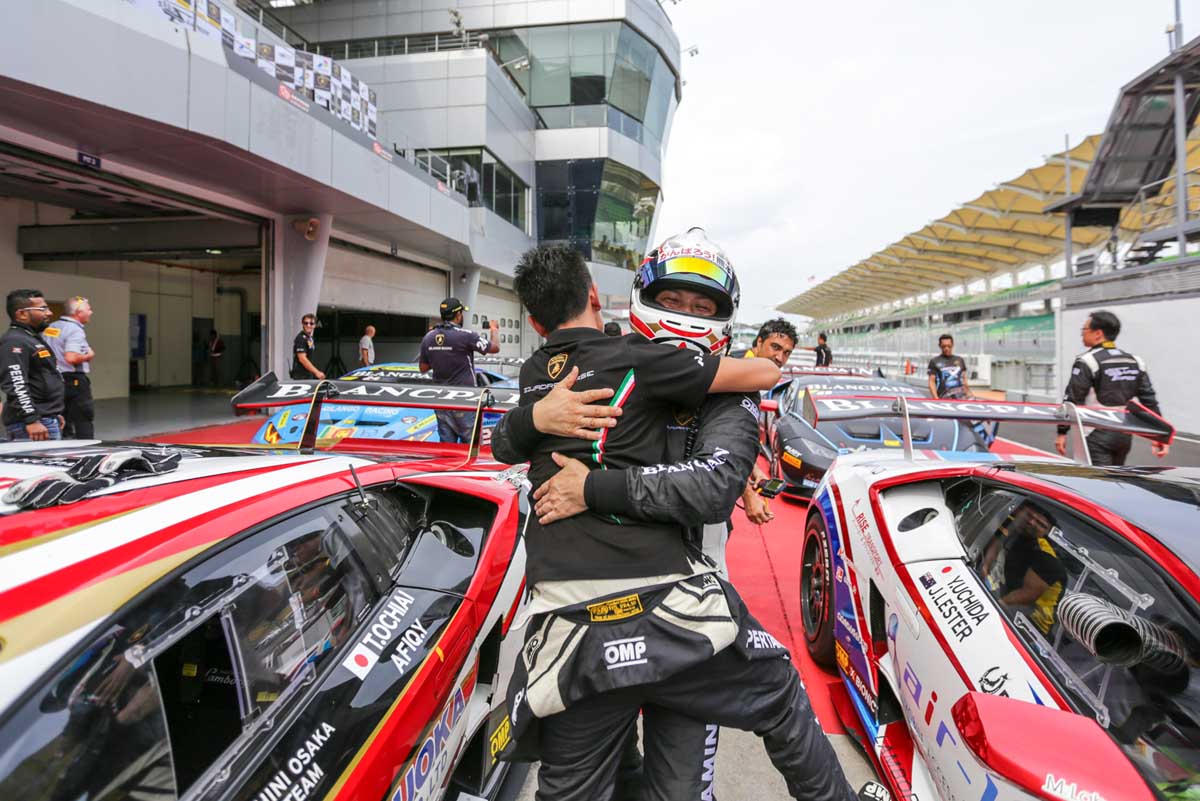 Haryanto, the likely favorite for the AM pole did not finish due to an unforced error. Lim took second in the AM class, followed by Chou and Chan in third, finishing ahead of Chinese duo Hu Nan and He Xiao Le. In the Lamborghini Cup class, Lok managed a better run this time around, taking first and leaving Weerabornpongin second.

After another thrilling race weekend, drivers and teams anticipate the next round at the famed Fuji International Speedway in Japan on September 17th and 18th; the fifth and final stop in Asia before the World Final in Valencia, Spain at the start of December. Don’t miss the action! 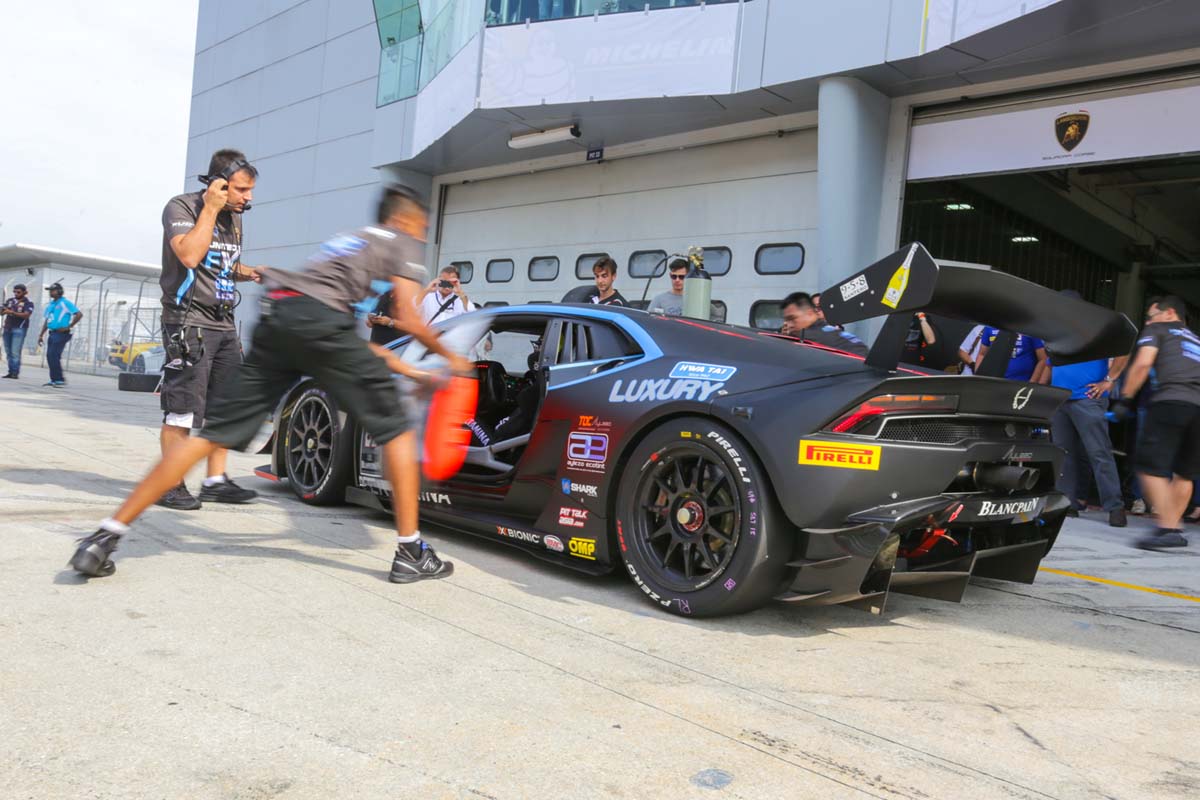