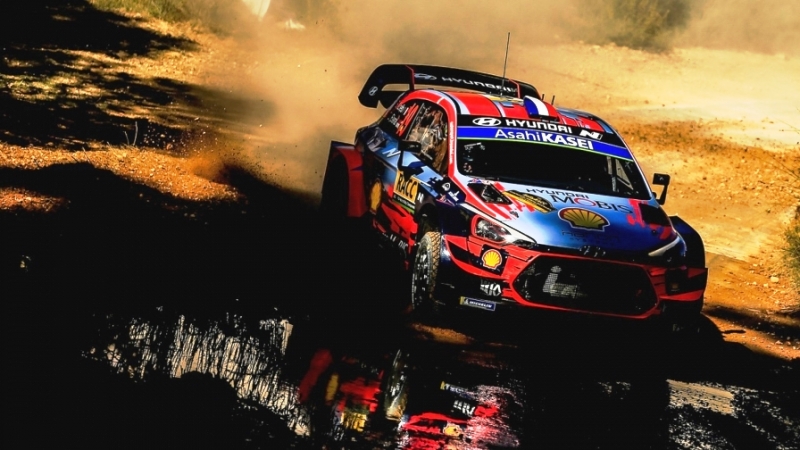 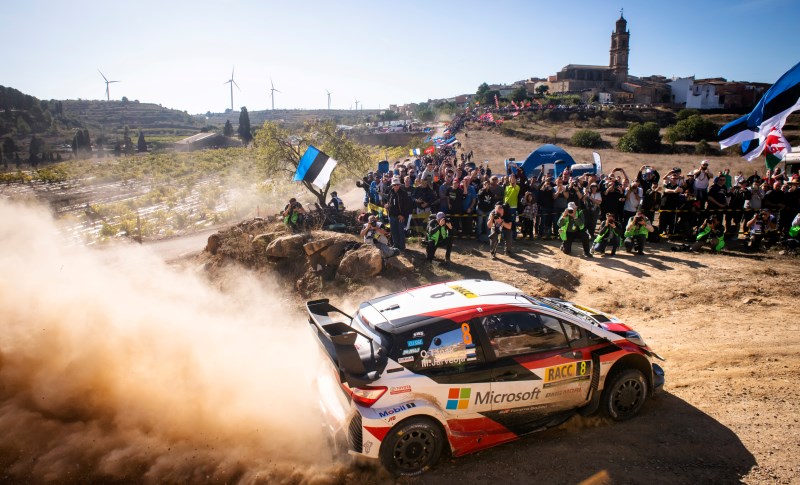 Estonian 21.7s back in fifth spot behind French nine-time WRC

Loeb, the most successful driver in FIA World Rally Championship history, charged from third to first in the closing gravel road speed test to head a Hyundai i20 1-2-3. He led Thierry Neuville by 1.7sec with Dani Sordo a further 5.9sec adrift.

Championship leader Tänak ended fifth in his Toyota Yaris. His title hopes were boosted when closest rival Sébastien Ogier conceded almost four minutes when a hydraulic pipe came loose on his Citroën C3, leaving the Frenchman with no power steering.

Ogier led initially before hitting trouble and allowing Neuville, the only other driver capable of lifting the crown, into top spot. He was overhauled by Sordo, who led for three of the six tests, before Loeb’s late smash-and-grab to become the day’s fourth leader.

“I pushed really on the limit in the last stage,” said the 45-year-old Frenchman, who was only sixth at the midpoint but ended the day with three stage wins.

“The grip was very good and I tried hard from the start until the last metre. It’s incredible to have three cars at the front. We didn’t believe that when we started and I didn’t believe I would lead.”

Neuville never put a foot wrong, despite struggling with visibility in the late-evening sunshine. The Belgian must win this weekend, but even that may not be enough to deny Tänak.

Sordo headed Neuville by almost five seconds before the closing stage. He was powerless to explain a 20sec deficit to Loeb through the test, and also slipped behind Neuville.

Kris Meeke held fourth despite a close call this morning when a bump threw his Yaris onto two wheels. The Briton was 5.4sec behind Sordo and 8.7sec clear of Tänak, who could secure the championship this weekend.

Finn Jari-Matti Latvala improved throughout the day to climb to sixth in the final stage.

Ogier ended 17th and with blistered hands after wrestling his car through two stages without power steering. Repairs were made during mid-leg service but his hopes of securing a seventh straight world title require a miracle.

Teams had an extended service tonight as mechanics raced against the clock to switch the cars from gravel to asphalt set-up for Saturday’s sealed surface action. Competitors face two loops of three tests before a closing blast along Salou seafront. The seven stages total 121.72km.