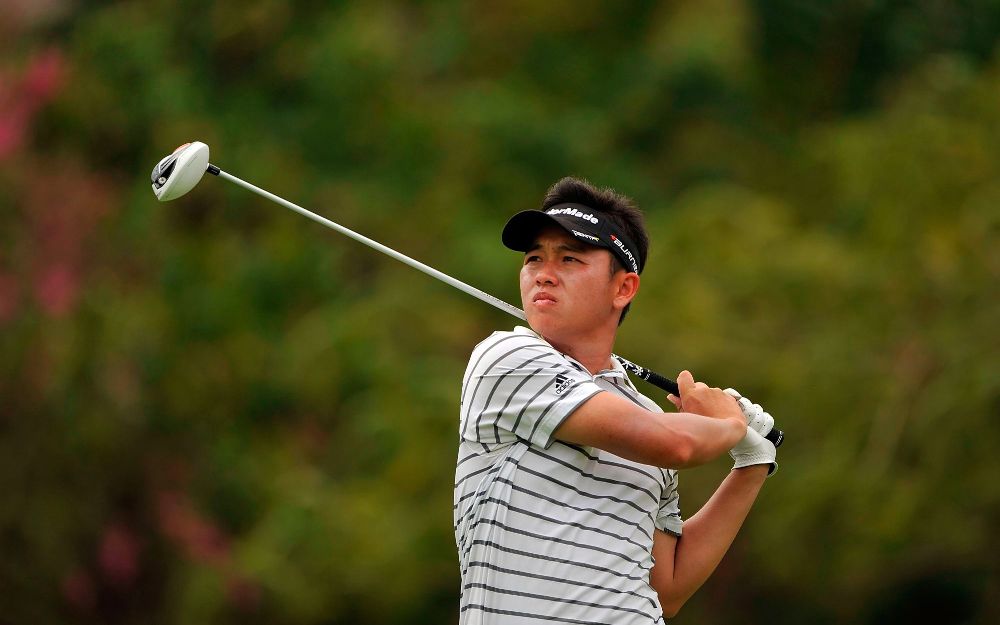 Sattaya fired seven birdies against two bogeys to match the efforts of Leong, who got off to a strong start from the 10th hole where he nailed four birdies to turn in 32 at the Impian Golf and Country Club.

The leading duo held a one-shot advantage over a host of five players, including local prospect Khor Kheng Hwai, Thai duo Annop Tangkamolprasert and Pasamet Pogamnerd, who settled for third place at the RM200,000 (approximately US$60,000) ADT event.

Order of Merit leader Pavit Tangkamolprasert of Thailand signed for a 70 to stay five shots off the pace in tied-25thplace at the PGM UMW Impian Championship, which is the penultimate tournament of the 2014 ADT season.

Despite dropping a shot on his opening hole (10th), Sattaya remained composed as he recovered with three birdies to turn in 34 before adding four more birdies against a lone bogey on his way home.

“I just played shot by shot out there. I felt very confident about my game. It was good to be back home in Thailand last week. I felt recharged coming into the tournament this week,” said the 30-year-old Thai, who sits in fifth position on the Order of Merit.

“I know I would have to try and stay within top-five on the merit rankings to secure an Asian Tour card for 2015 but I don’t want to think about that right now. I just want to focus on my game this week and we will see how it goes,” added Sattaya, who claimed his second ADT title in September.

Leong, a one-time Asian Tour winner but not since 2008, is excited about his prospects this week after grabbing a share of the opening round.

“I didn’t hit the ball really well but I guess I managed to do the right things out there. I’m happy with my round today as I haven’t been in contention for a while now,” said the 28-year-old Malaysian.

“The rain delay actually helped my game today. It gave me time to relax, slowed me down and I was able to rehydrate myself before resuming the round,” added Leong.

Annop, younger brother of Pavit, claimed that his brother’s impressive performance this season has given him added motivation to shoot for glory as he continues to chase for a maiden win on the ADT.

“I managed to stay focused out there and I hit a lot of greens. I try not to think about the score and I putted well. I feel really motivated to play well after seeing how impressive my brother has performed this season. I practised a lot with him so hopefully I can rub off some good vibes from him,” said the 24-year-old Annop, ranked 11th on the money list.

Pavit and Chan Shih-chang of Chinese Taipei, who carded a 71, have received playing rights on the Asian Tour after each securing three ADT titles this season. This week will be crucial for the duo as they fight for the outright lead on the merit rankings in the penultimate tournament for the 2014 ADT season.