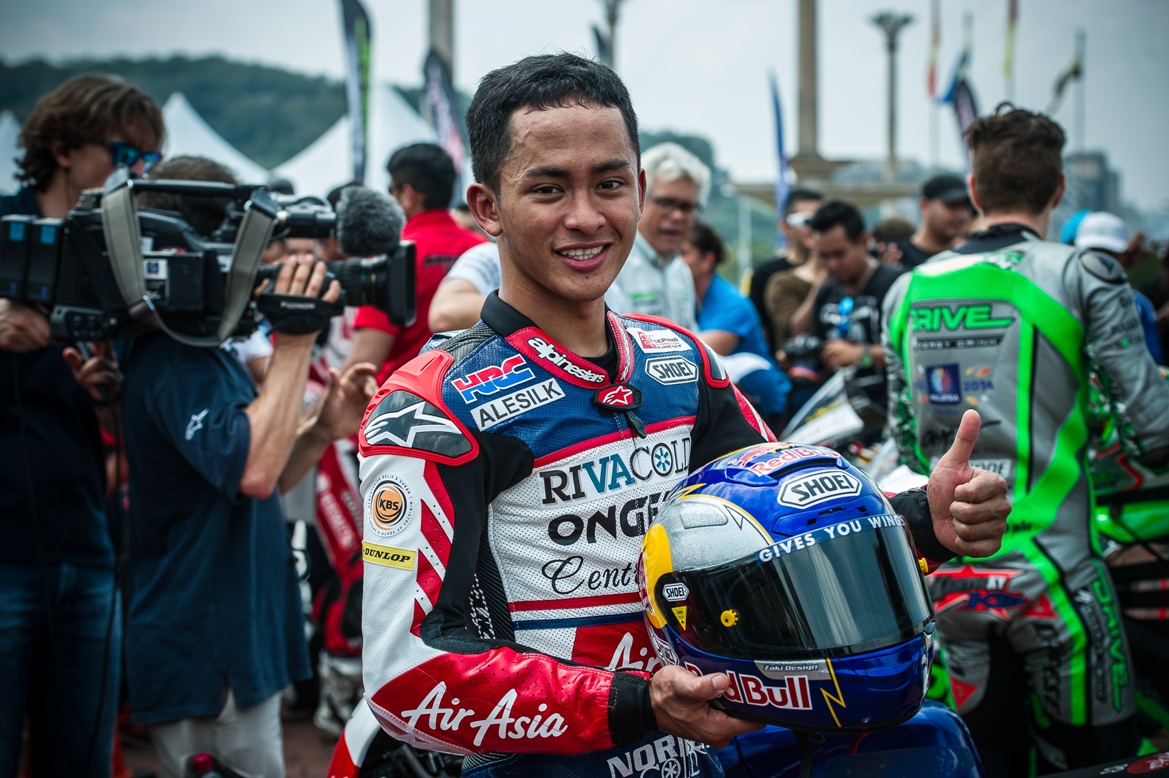 SEPANG – It’s the last race of the season and the four Malaysian riders participating in the Valencia GP this weekend have one final fling at glory.The season which began in Qatar in March, draws to a conclusion with the 18th round of the world championship in Spain this weekend.

The boys are all probably exhausted after a long hard season of racing. But this will be their last chance to produce their best results of the year and make the headlines in the media for the right reasons.

“Ending the year with a flourish will be the best news the boys can give back to the fans,whohad turned up in massive numbers during the Shell Advance Malaysian Motorcycle Grand Prix,” said Datuk RazlanRazali, CEO of the Sepang International Circuit.

Over 140,000 fans, many of whom came to support the local riders, made their way to Sepang over the three days.”Since this is the last race, let’s hope the boys can give us all something to cheer for,” Datuk Razlan said.

Zulfahmi Khairuddin, who was out of the points in Sepang, will be seeking for his best finish of the season in Valencia. “I am confident of my ability and I feel I can be in the top 10. I will give it my best on Sunday to make up for my disappointment back home. My performance in Sepang has not affected my desire to succeed in the final race of the season,” said the Ongetta-Airasia rider.

“I hope we will achieve the best results for me and the team. I want to thank all the sponsors, family and all those who have helped me this year,” said Zulfahmi, who will be bidding farewell to his current team. The Banting-born rider will join Czech JakupKornfeil in the newly formed SIC Racing Team next year.

Another Moto3 rider, AmirulHafiqAzmi, who had a creditable weekend in Sepang when he collected his first ever championship points, is hungry for more. “I want to get a good result … my target is to score more points. I will try my best for the final race in Moto3 this season,” pledged Amirul, who rides for the SIC-Ajo Team.

“I have raced in Valencia in the FIM CEV last year.I qualified third but could not race due to injury,” said Amirul, who is quietly confident of returning a good result thanks to his familiarity with the circuit.

Meanwhile, in Moto2, Azlan Shah Kamaruzaman feels his knowledge of the Valencia circuit will help him this weekend. “This is my second year racing in Valencia.I hope for a good set-up from practice until race day,” said Azlan, who will be staying put with the Idemitsu Honda Team Asia next year.

Team PetronasRaceline Malaysia’sHafizhSyahrin Abdullah, who is shrugging off the disappointment of crashing in Sepang last Sunday, has targeted a top 10 finish. His previous experience of racing in Valencia will go a long way in his quest to win some serious points.

The free practice session begins on Friday with qualifying on Saturday and the final race of the season taking place on Sunday.