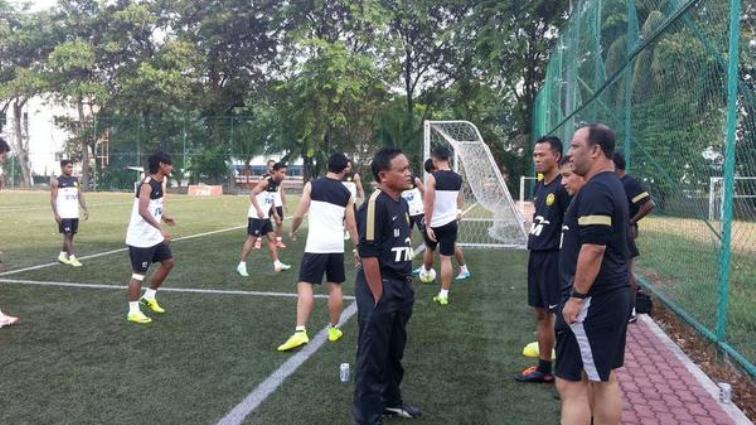 THE national squad training in Johor Bahru for the AFF Suzuki Cup in Singapore later this month got its first taste of training on artificial turf – in Kluang on Wednesday night.

It was a welcome change for the squad since moving its training base to the southern city on Monday and national head coach Dollah Salleh was more than pleased to get the “artificial feel” because Malaysia will play their first two Group B matches on the artificial pitch at the Jalan Besar Stadium in Singapore.

Malaysia are drawn in Group B in the Suzuki Cup and have defending champions and four-time winners Singapore, three-time winners Thailand and Myanmar, winners of the recent qualifying round in Laos for company.

Malaysia will open their campaign at the Jalan Besar Stadium with a match against Myanmar on Nov 23 followed by Thailand (Nov 26) before facing hosts Singapore at the new mega stadium – the National Stadium – in Kallang, which has come under much criticism because of poor pitch conditions.

“This is our first workout on artificial turf since we arrived in Johor Bahru. It will serve the players well are having their first taste of artificial turf,” said Dollah, who has also not been able to get friendly matches for the national squad.

On the players in the national squad, Dollah said there is lot of enthusiasm and zest in the players and all have been “given their best” in training.

On 18-year-old Farhan Roslan, who earned a late call up from Dollah after his impressive performance for Kedah in their march to the Malaysia Cup semi-final before losing to eventual champions Pahang in the semi-finals 6-3 on aggregate, Dollah had nice words for the player.