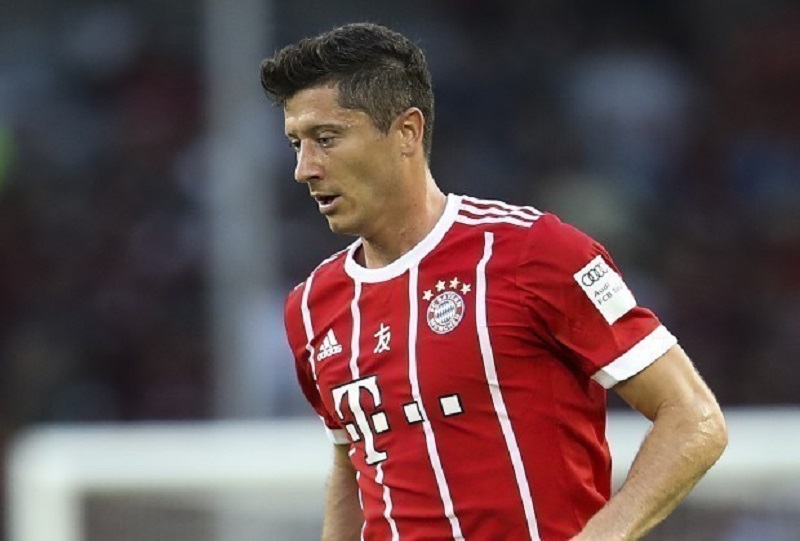 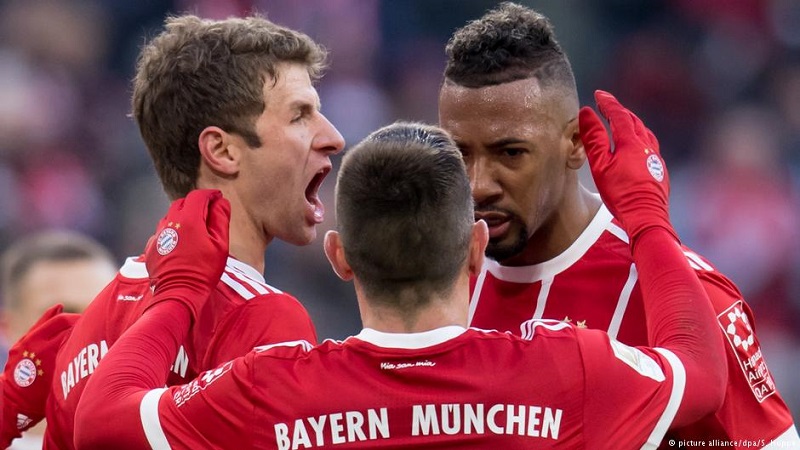 Robert Lewandowski and Thomas Mueller both netted twice as Bayern Munich went 16 points clear in the Bundesliga on Sunday with a 4-2 home romp against Werder Bremen.

This was a polished display from Bayern’s forward pair as the hosts came from behind at the Allianz Arena and hit top gear in the second half.

However, Bayern went into the break level after Mueller equalised before Lewandowski struck with the first of his two second-half headers.

Bayern defender Niklas Suele turned the ball into his own net to make it 2-2 with 15 minutes left, but Lewandowski restored the lead barely a minute later.

He scored with a towering header to claim his 17th league goal in 18 games this season and leave him as the league’s top-scorer, four clear of Borussia Dortmund’s Pierre-Emerick Aubameyang.

Bayern have won 17 of 18 games since head coach Jupp Heynckes returned in October.

The hosts were troubled when Bremen took a deserved lead on 25 minutes to stun the Munich crowd in freezing temperatures.

Werder’s Germany striker Max Kruse slid a pass through the defence and midfielder Gondorf slotted through the legs of Bayern goalkeeper Sven Ulreich.

The ball rolled into the net, despite the efforts of Bayern right-back Joshua Kimmich to clear off the line.

Bremen grew in confidence, but Bayern drew level with a superb equaliser by Mueller just before the break.

Bremen’s brave display meant Bayern only took the lead for the first time with an hour gone.

Rodriguez, who has recaptured the form which saw him finish top-scorer at the last World Cup, fired in a cross which Lewandowski headed home.

The Polish hot-shot stole a march on his marker Thomas Delaney.

Suele was left red-faced when the ball clipped his shoulder and rolled past Ulreich on 75 minutes.

However, Lewandowski put Bayern back ahead by leaping to smash home Mueller’s cross a minute later as Bremen goalkeeper Jiri Pavlenka fumbled the header.

Lewandowski now has 23 goals in 27 games in all competitions.

The win leaves Bayern 16 points clear of the densely packed chasing pursuers with only one point separating second-placed Bayer Leverkusen and Eintracht Frankfurt, who are seventh. –  Agence France-Presse