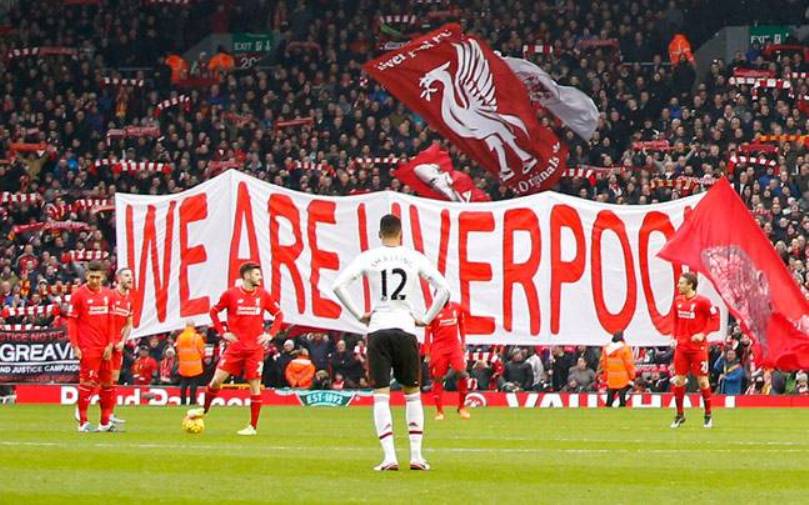 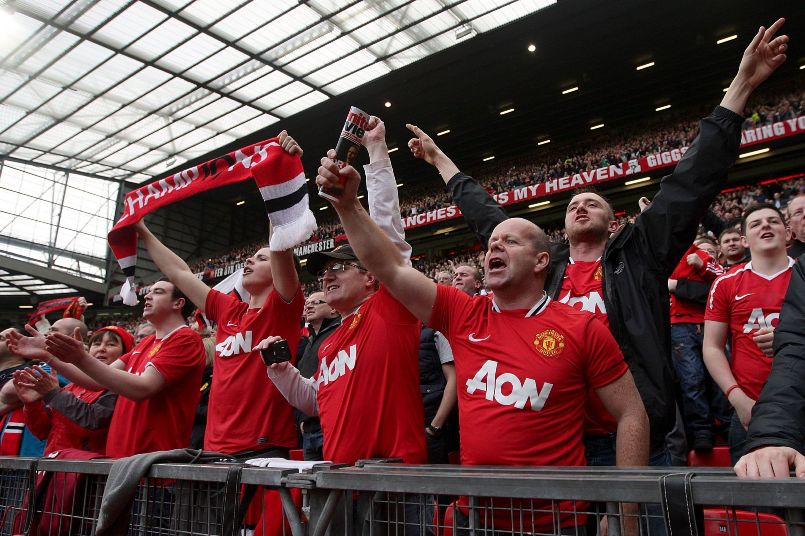 Liverpool and Manchester United fans have been warned to cut out their offensive behaviour during Monday’s potentially explosive Premier League clash at Anfield.

Meetings between the bitter rivals have been marred by violence between supporters and vile chants from the stands since the 1970s.

Last season, the unsavoury atmosphere ramped up when Liverpool were fined by UEFA for illicit chanting, setting off fireworks, throwing objects and crowd disturbances following their Europa League last 16 tie at Old Trafford.

United received a similar punishment for crowd disturbances and the throwing of objects at the same match, prior to which police had to remove a ‘Murderers’ banner, in reference to the Heysel and Hillsborough disasters, which was hung on a bridge above a motorway used by Liverpool fans on their way to Old Trafford.

Now the clubs are trying to get tough on offenders and issued a joint statement that said any offensive behaviour will result in ejection from the ground and possible criminal prosecution.

“Both clubs, their supporters and football fans around the world are looking forward to this historic and passionate match between two of the sport‘s biggest and oldest rivals,” the statement read.

“There is great rivalry between our fans and we ask all supporters to be respectful and help eradicate all forms of offensive and discriminatory behaviour from the game.

“If any supporters are found to be engaged in any form of offensive or discriminatory behaviour by stewards or via CCTV then they will be immediately removed from the stadium, risk arrest, prosecution and be reported in accordance with the club’s ground regulations.

“This is an unrivalled fixture in the Premier League calendar and we thank all fans for their continued support in this important area of the game.”

Monday’s match is only the fifth evening kick-off between Liverpool and United in the last 35 years, giving fans more time to drink before the game, and the clubs are doing all they can to ensure it passes off without incident.

Previous encounters have been marred by chants from both sets of fans about Hillsborough, where 96 Liverpool fans died, and the Munich air disaster, which claimed the lives of 23 people in 1958 including eight United players and three staff. – Agence France-Presse