Home International Loeb out of the Silk Way Rally 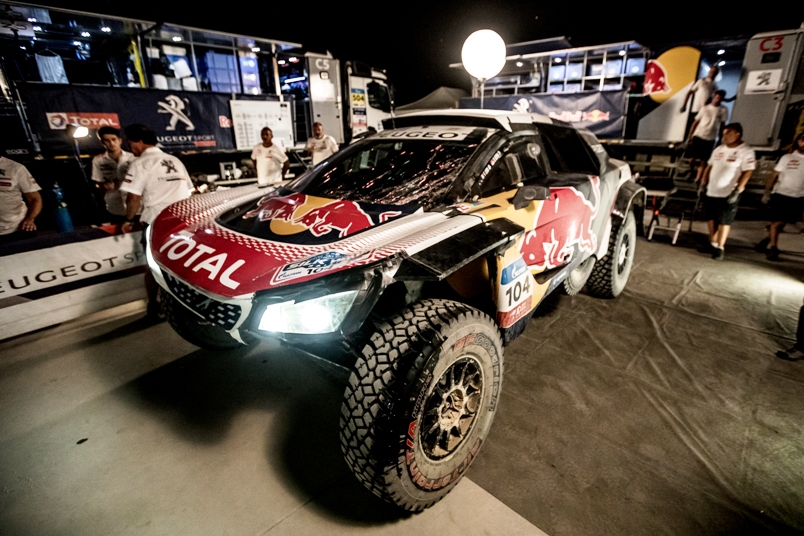 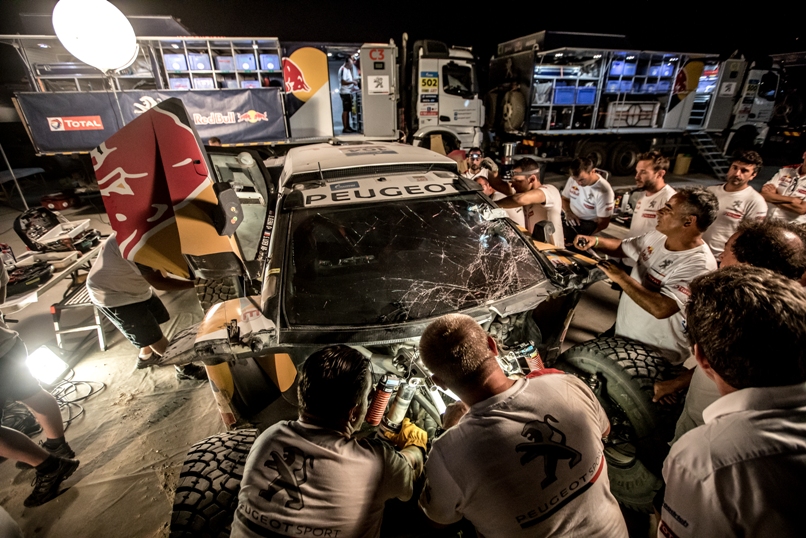 Sébastien Loeb has been forced to retire from the Silk Way Rally after crashing the Peugeot DKR Maxi out of the lead on the ninth stage.

“There was hole that I didn’t see, so we hit the inside, and we broke some parts on the front of the car. We made few stops to repair the car to be able to continue, and eventually needed the help of the assistance truck. We couldn’t finish the stage because the night was coming. It was a long day. I have a sprained wrist, and I do not feel that great. So I am not able to continue driving as I can’t actually hold the steering wheel properly anymore. I know though that Team Peugeot Total would have been able to fix the car. Once again I had a really good feeling with the Peugeot DKR Maxi, which is performing well, and I am sure that this is the car we need to tackle the Dakar next year.”