Home International Lopez at fly-half for France against New Zealand 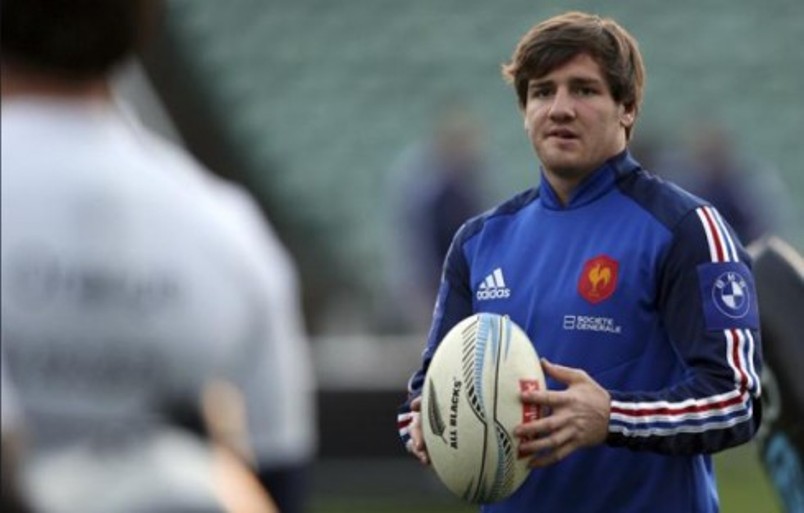 Camille Lopez will start at fly-half for France in their rugby union Test against world champions New Zealand on Saturday in one of three changes from the team that narrowly lost to the Wallabies.

True to French form of chopping and changing the halfbacks, Lopez’s selection means he will be the third different player in as many matches to wear the No.10 shirt, the injured Francois Trinh-Duc having started in the 52-8 win over Samoa and Jean-Marc Doussain in the 25-23 defeat by Australia last week.

It will be Lopez’s first start for the Tricolors since the Clermont playmaker’s appearance in the 29-0 Six Nations victory over Italy in March 2015.

“Jean-Marc Doussain played a match of great courage and had a virtually irreproachable turnout against Australia, even if every player has something to be forgiven for,” France coach Guy Noves said, with Doussain named on the bench.

“Bringing in Lopez opened the door for him to express his talent. He is under no pressure, we expect him to play with his own qualities even if he has to slot into our gameplan.”

“Spedding felt a pain in his foot after the Australia game. He trained on Wednesday but still felt pain. He thought he could play on Saturday, but taking into account his club (Clermont) and the talent of the player who’ll take his place, we couldn’t wait until the last minute. We preferred to allow Scott to recuperate,” Noves said.

In the pack, Xavier Chiocci will start at loosehead prop, with Cyrille Baille dropping to the bench.

Up front, the side is captained by Guilhem Guirado at hooker, with New Zealand-born Uini Atonio at tighthead.

A beefy back five features Yoann Maestri and Sebastien Vahaamahina in the boilerhouse, with Louis Picamoles keying in a back-row also comprising Kevin Gourdan and Charles Ollivon.

Camille Chat, Baille, Rabah Slimani, Julien Le Devedec and Damien Chouly offer forward coverage off the bench, with Baptiste Serin, Doussain and Gael Fickou providing Noves’s backline options for what promises to be a physical encounter with the All Blacks at the Stade de France.