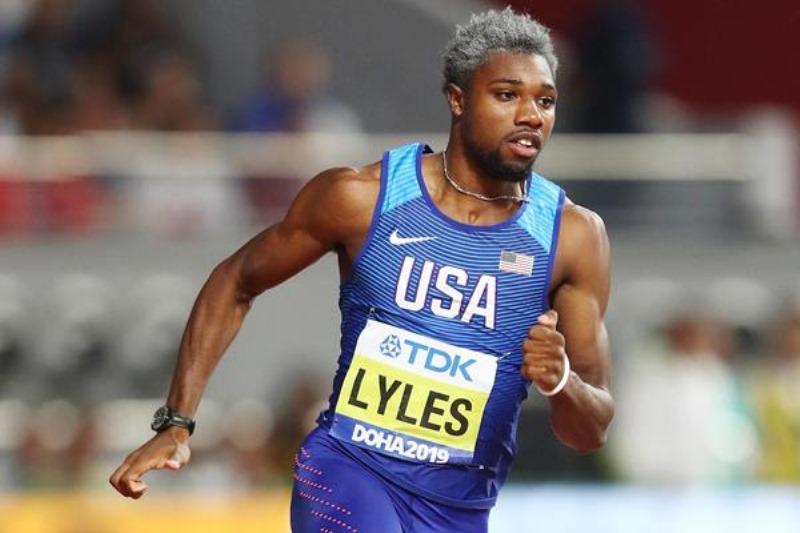 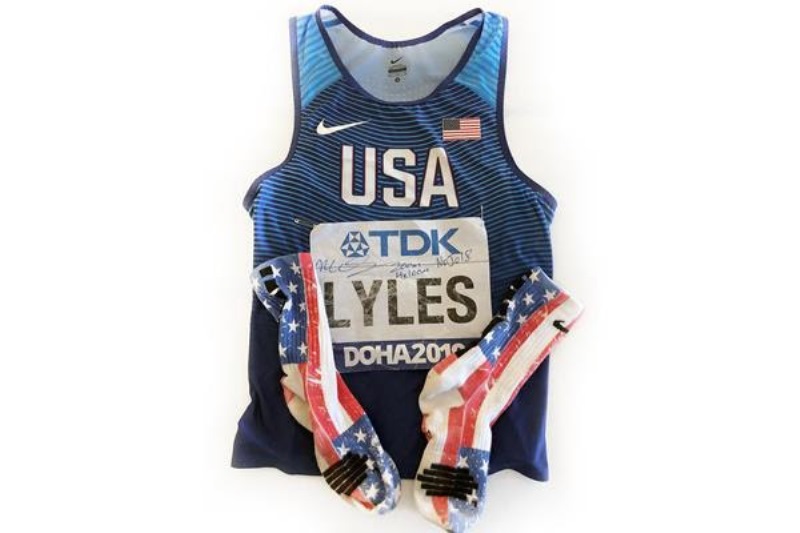 The 22-year-old star earned his first international title when winning the 200m at the 2014 Youth Olympic Games, but he first grabbed international headlines on this day three years ago when speeding to a 200m PB of 19.90 on his Diamond League debut in Shanghai.

Last year he earned a golden double at the World Athletics Championships in Doha. As well as emphatically winning his individual 200m in 19.83, four days later, on 5 October, Lyles anchored the USA 4x100m squad in style to relay gold in 37.10.

In between his two gold medal finishes, Lyles and his mother took some time out on 4 October to visit the World Athletics Championships Heritage Exhibition, which was situated in the City Center shopping mall, adjacent to the USA team hotel in Doha.

Racing uniforms from sprint legends such a Jesse Owens, Carl Lewis and Usain Bolt were among the hundreds of exhibits on show in the 400m2 exhibition. Duly impressed, Lyles went back to his hotel room, retrieved the singlet, number and socks and presented them to fellow American Karen Rosen, who was working at the Heritage exhibition as a guide.

“To know my uniform will sit alongside items from so many track and field legends is special,” said Lyles. “It’s good to know that the history of our sport is being respected and preserved for future generations. I’m honored to have contributed to the World Athletics Heritage Collection.”

World Athletics Heritage deeply thanks Noah Lyles for his generosity. His USATF team kit will be on public display at Heritage exhibitions to be staged during the Olympic Games in Tokyo next year and at the World Athletics Championships in Oregon in 2022.

Lyles was one of many top athletes to visit the Heritage exhibition in Doha. The Ingebrigtsen family bumped into the Eaton family one morning. Carl Lewis unexpectedly strolled by and posed next to the display of one of his competition singlets. Making trips to inspect their own items were Steve Cram, Gail Devers, Sandra Perkovic, Mike Powell, Thomas Rohler, Katerina Stefanidi, Christian Taylor and Lasse Viren. There were visits by other all-time greats such as Stefan Holm, Sally Pearson, David Rudisha, Daley Thompson… to name but a few. Sebastian Coe and Thomas Bach also visited, accompanied by their respective Council and Board members who included fellow Olympic champions Sergey Bubka and Nawal El Moutawakel.