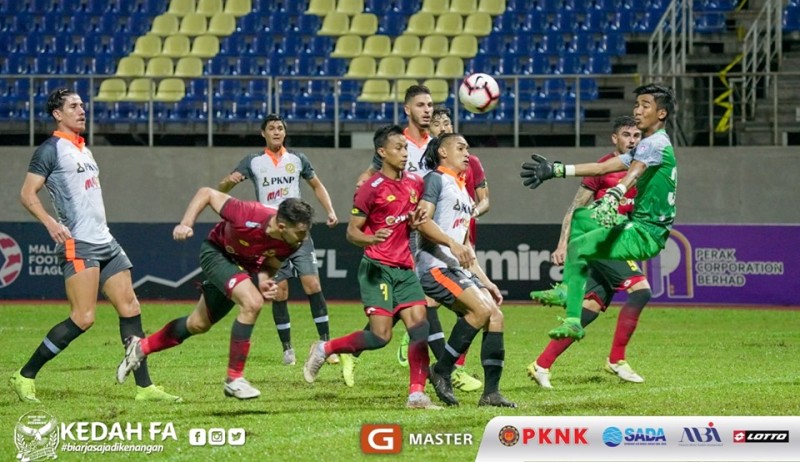 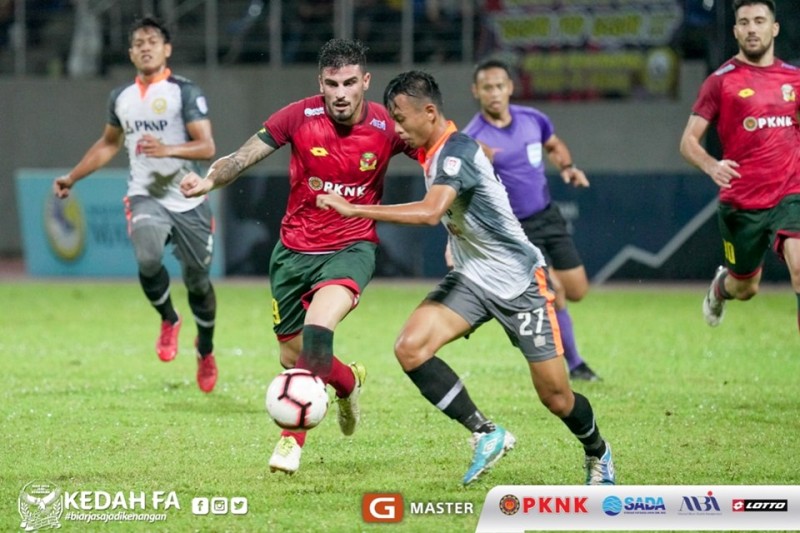 It came the hard way for Kedah – needing two second-half goals to beat a gritty PKNP (Perak SEDC) 2-1 in their first-leg Malaysia Cup quarter-final match at the Manjung Municipal Stadium in Manjung on Wednesday.
The two away goals cushion give the Red Eagles the advantage for the return leg which will be played at the Darulaman Stadium in Alor Setar on Sunday (Sept 29).
The wet and slippery pitch due to heavy rain before the kick-off hampered both teams but PKNP, who made the knockout stage after a 3-0 win over Petaling Jaya City FC on Sunday, rattled Kedah to take the lead after 36 minutes.
It came via their prolific scorer Yashir Pinto who connected an assist from Mukhairi Ajmal that caught Kedah’s national goalkeeper Ifwat Akmal by surprise.
However, PKNP failed to capitalize on the lead and allowed the experienced Kedah to get back into the picture. Five minutes into the second-half Kedah drew level when Rodgriguez Fernando blasted an unstoppable shot after receiving a pass from Jonatan Bauman.
The Red Eagles soared in confidence and were 2-1 up after 73 minutes – this time David Rowley sent the PKNP net dancing with a power-packed header past PKNP goalkeeper Shafiq Afifi Suhaimi from a freekick by Baddrol Bakhtiar.
PKNP is the only club team to have reached the Malaysia Cup quarter-finals. – BY RIZAL ABDULLAH 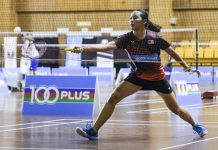