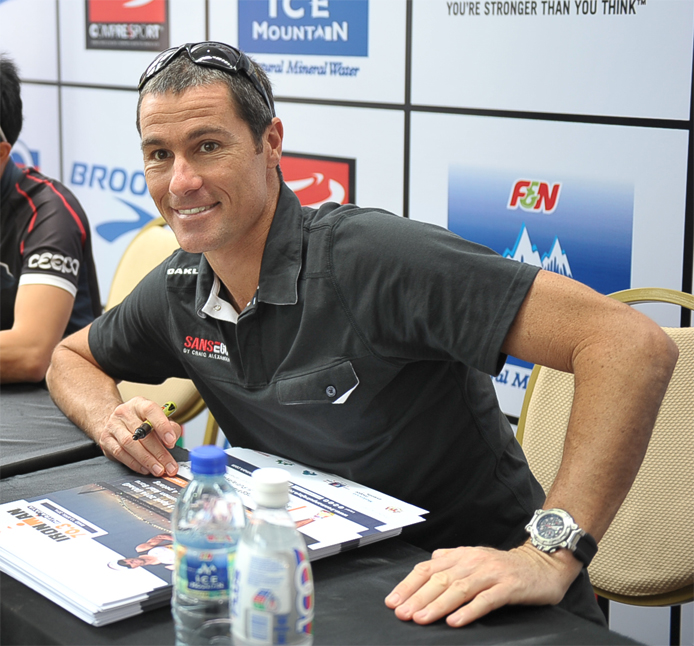 Alexander (AUS) was the main attraction this morning at the “Crowie Fun 5K Run.” 14 lucky invited athletes, selected via a contest earlier in the week were given VIP treatment as they had the opportunity to run on special 5k route with refreshment provided half way by hydration partner 100PLUS. Starting from the amazing finish line upon finishing athletes had further photo opportunities.

Crowds swarmed and the star struck frenzy continued at 11:30am in the Auditorium Cempaka Sari when Alexander was brought up on stage with IRONMAN Japan 2014 Japan champion Li Shiao Yu (TWN) for a Q&A chat led by emcee Pete Murray.

Following the interview people were invited to come and get an autograph and picture with the two stars. Scenes never before witnessed in Malaysia followed as a huge queue formed all around Auditorium Cempaka Sari.

It is Alexander’s first visit to Malaysia and following his move to the team event the World Champion IRONMAN Ambassador has been fulfilling his duties with the grace and manner of the champion triathlete that he is and winning the hearts of Malaysians along the way.

There are over 1400 athletes registered to be on the start line tomorrow morning. Represented by 66 nations with updated information of 493 Malaysians topping the group followed by 276 Singaporeans and 101 from Great Britain.