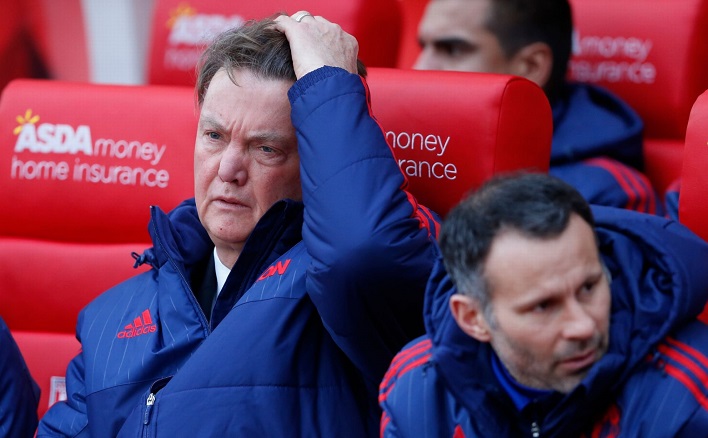 Beleaguered Manchester United manager Louis van Gaal has risked antagonising the club’s supporters by suggesting that expectations around his team may be “too high”.

United were knocked out of the Europa League by arch enemies Liverpool on Thursday and visit derby rivals Manchester City on Sunday knowing that defeat will leave the 20-time English champions seven points off the pace in the race for Champions League qualification via the Premier League.

Van Gaal has faced intense scrutiny over his position since early December, with reports claiming United are lining up either Jose Mourinho or Ryan Giggs, the Dutchman’s assistant, to replace him.

But he was characteristically bullish about his future after Thursday’s 1-1 draw with Liverpool, responding to the suggestion that he was not meeting expectations by saying: “Expectations can be too high.”

Asked if he accepted that United were not hitting their targets, he replied: “Yes, but then you have to analyse the circumstances. How I have to work.

“You can fill in (the blanks) because I have said that in all my press conferences and I don’t repeat myself anymore.”

In recent weeks, Van Gaal has pointed to injuries and fixture congestion as mitigating factors behind his team’s poor form.

In a spiky exchange with journalists, Van Gaal claimed that he had “never” felt under pressure and responded tersely when it was put to him that his Old Trafford future now hangs on Champions League qualification.

“I don’t discuss that with you,” he said. “Why do I have to discuss it?

“Every day when we are losing or we are out of the Euro League or another league, then you put the question. Why? I have a three-year contract and the process is three years.

“You are now for four months writing that I shall be sacked. I have read that. Four months already. You think that is logical, that is normal?” – Agence France-Presse