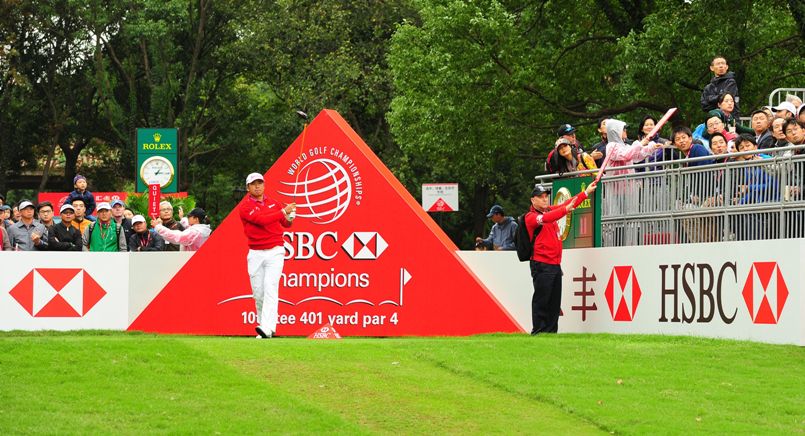 Japan’s Hideki Matsuyama continued to spearhead the Asian challenge after storming ahead with a flawless four-under-par 68 in the third round of the WGC-HSBC Champions on Saturday.

Despite the chilly conditions, Matsuyama never looked likely to relinquish his overnight lead as he stayed cool under pressure by marking his card with four birdies to head into the final round with a three-shot cushion, courtesy of his three-day total of 17-under-par 199.

Defending champion Russell Knox of Scotland also matched Matsuyama’s 68 but took second place with his 202 total while American Daniel Berger is third on 203 at the US$9.5 million Chinese showpiece, which is also the most lucrative event in Asia.

Matsuyama stands on the brink of becoming the first Japanese to win a World Golf Championship but he knows he cannot get ahead of himself just yet.

“Winning? Hopefully we can talk about it tomorrow. All I want to do now is to do my best tomorrow and hit one shot at a time,” said Matsuyama.

The Japanese, who broke into the world’s top-10 on the Official World Golf Ranking this week, is up against some of the world’s best players at the Sheshan International Golf Club and will be hoping to wield his putter like a magical wand on the day that would matter most.

“You know, the weather and the pin placements will dictate what type of golf I play. But I mean, everyone is so good. I know I’m going to have to make some birdies.

“So the key for tomorrow’s round I hope not to make any bogeys and putt really well like what I’ve done today,” said Matsuyama.

Despite trailing the Japanese by three shots, Knox is resolute about putting up a stout defence of his WGC-HSBC Champions title, although he is impressed with the way Matsuyama has been playing.

“I’m not going to give up my title without a big fight tomorrow. I look forward to every minute tomorrow and see what happens.

“The way Hideki played today, he’s probably going to play similarly tomorrow. He’s an extremely aggressive iron player, and when he’s on, he’s as good as anyone. I’m going to have to be foot down, be aggressive and try and catch him,” said Knox.

Berger meanwhile believes he has to continue to stay grounded as he heads into the final showdown with Matsuyama and Knox in the final group.

“I’m trying to keep expectations down and have some fun while keep doing the same thing I’ve been doing the whole week,” said Berger.

Leading scores after round 3 of the WGC – HSBC Champions being played at the par 72, 7261 Yards Sheshan International Golf Club course (am – denotes amateur):