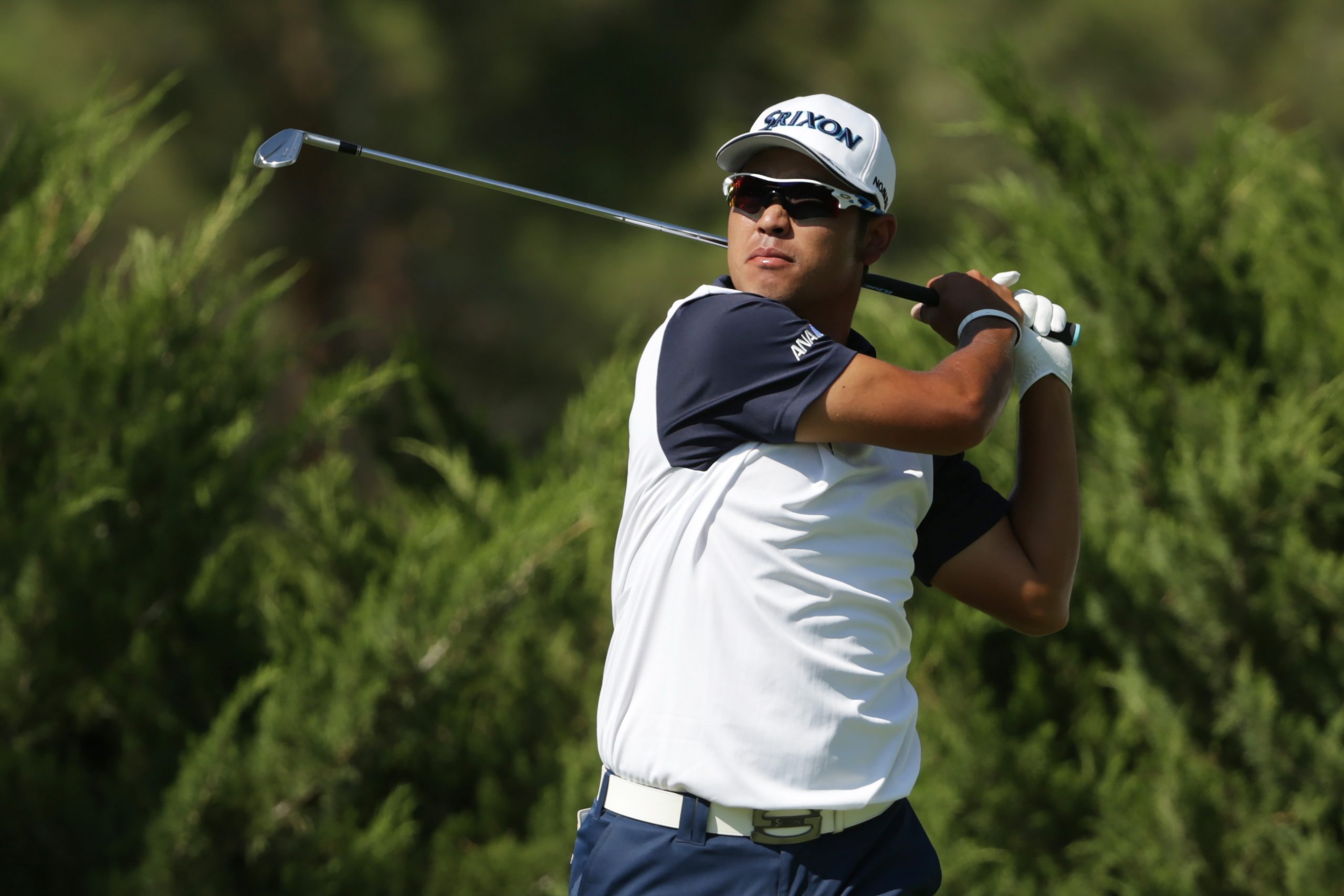 Japan’s Hideki Matsuyama jokingly vowed to exact revenge on Tiger Woods after finishing runner-up to the American golf legend in the inaugural ZOZO CHAMPIONSHIP on home soil 12 months ago.

“I must revenge here next year. He is coming back and I will be here,” said the five-time PGA TOUR winner then.

Amidst a different backdrop, Matsuyama gets his chance to turn the tables on Woods but instead of competing in Japan, the tournament is being played at Sherwood Country Club in Thousand Oaks, California this week due to the challenges caused by Covid-19. Hence, the event is known as the ZOZO CHAMPIONSHIP @ SHERWOOD for this year only.

Coincidentally, Sherwood, a Jack Nicklaus signature design, is one of Woods’ favourite hunting ground as he has won five times here previously which makes the prospect of taking him down in his own backyard even more enticing for Matsuyama.

“I’m very happy that we’re able to have this tournament. Love to win this week and be able to have the fans come out in Japan next year and be the defending champion there … that would be awesome,” said Matsuyama on Tuesday.

Chasing a sixth PGA TOUR victory, with his last being the 2017 WGC-FedEx St. Jude Invitational, the 28-year-old has performed consistently over the past few years with 14 top-10s around the world since his last win. Matsuyama, ranked 20th in the world, feels his next victory could just be around the corner.

“It’s been three years and I definitely think about that quite a bit. I always try my best and every week feel like I’m getting there, but definitely it hasn’t happened. So I’m definitely thinking about that a lot and preparing myself and hoping that week will come sooner than later,” said Matsuyama, who plays the first two rounds with World No. 2 Jon Rahm and Justin Rose, the 2018 FedExCup champion.

Apart from Woods, Matsuyama will also need to contend against a star-studded field which includes 25 of the top 30 in the Official World Golf Ranking, including eight of the top-10 players, and 28 of the top 30 players from the final FedExCup points list last season. Other big names in the field include Phil Mickelson, Justin Thomas, Jon Rahm, Collin Morikawa and Xander Schauffele.

He is disappointed that Japan’s only PGA TOUR tournament cannot be held in his home country and hopes to deliver a strong showing to bring some cheers back to Japanese fans. “We are grateful that ZOZO Inc. has decided to bring the tournament to the U.S.,” said Matsuyama.

“Hopefully they will enjoy the live TV broadcast. Last year’s ZOZO CHAMPIONSHIP was a great success and it was an honour to participate in Japan’s first official PGA TOUR tournament. I was especially thrilled with the large galleries that lined each fairway and how they cheered on all the players. Many of my fellow PGA TOUR members have expressed to me what a great time they had at the ZOZO CHAMPIONSHIP and how impressed they were with the golf etiquette and knowledge of the game that the gallery displayed.

“I was fortunate to play well last year and contend for the title. However, Tiger just played better than all of us. It was a well-deserved win and hats off to Tiger for earning his record-tying 82nd PGA TOUR victory. I know he will be tough to beat at Sherwood where he has had great success in the past. Hopefully I can play well enough to contend for the trophy and give the golf fans back in Japan a good show.”

The attention will also be on newly-turned professional, Takumi Kanaya, who like Matsuyama is a former winner of the Asia Pacific Amateur Championship and touted as a rising star. The 22-year-old ranked No. 1 in the World Amateur Golf Ranking for 55 weeks and won the Mitsui Sumitomo Visa Taiheyo Open on the Japan Tour and finished tied third in the Australian Open late last year while still an amateur. In his professional debut, Kanaya came in seventh in the Japan Open last weekend.

He hopes to be as successful as Matsuyama and play full-time on the PGA TOUR soon. “Obviously his (Matsuyama) success on the PGA TOUR gave not just myself, but a lot of the Japanese players, big confidence that we can compete against the world like he did. Although the goal is high, he set a good goal for us and for that, I really admire him as a role model,” said Kanaya, who is amongst eighth Japanese golfers in the elite field this week.

Thousand Oaks, California: Tiger Woods felt it. At last year’s ZOZO CHAMPIONSHIP, the energy was palpable. It was an electric blend of captivating golf down the stretch between Woods and Japan’s Hideki Matsuyama, combined with a country eager to momentarily escape the devastation left in the wake of Typhoon Hagibis.

The extremely violent weather phenomenon, which struck Japan on October 12, 2019, caused more than US$15 million in damage and killed 98, the deadliest typhoon to hit the island since 1979.

But for a moment, people cheered, celebrating golf and a temporary sense of normal.

“It was a tough situation for the entire area and all of Japan quite frankly,” Woods said Tuesday. “To have that excitement, that level of excitement for the game of golf, and to have all those people out there watching us, watching us play, to have Hideki right there in the mix as well. It was a great event for all of Japan, and I was lucky enough to have won.”

The 2020 installment of the PGA TOUR event will have a vastly different energy to go along with a new, but temporary, location and feel.

Relocated to Sherwood Country Club in Thousand Oaks, California, because of the COVID-19 global pandemic, the defending champion has a chance to go back-to-back while making history in a place that is unquestionably familiar. The Hero World Challenge, the event that Woods hosts every December, spent 14 of its first 15 years here. Woods enters the ZOZO CHAMPIONSHIP @ SHERWOOD with 82 PGA Tour wins all-time, tying him with Sam Sneed for the most in Tour history.

The 44-year-old will have to get the record-breaking outcome without the support of a raucous crowd, as spectators remain off limits to limit the chance of viral transmission.

Ironically, the 2019 ZOZO Championship victory was Woods’ last on the Tour. He’s played a mere seven times since that final round in Japan, including just four tournaments since the COVID-19 pandemic started in March.

Familiarity with the course could provide a boost, but the tournament’s environment will be a far cry from the event Woods is accustomed to playing at Sherwood. The Hero World Challenge traditionally features a 16-man field, including the defending champion, the top 11 available players from the World Golf Rankings and four sponsor exemptions selected by the Woods’ foundation.

More faces, more competition and more at-stake – all things Woods is preparing to take on.

“Let’s just say that the field is a lot bigger than normally when I have played here. I only had to beat 11 other guys, so that’s very different,” Woods said. “This golf course – I need to get another look at it tomorrow on the front nine, because the greens are definitely different than last time we played here. Hopefully, everything comes together starting from Thursday and have a great week.”