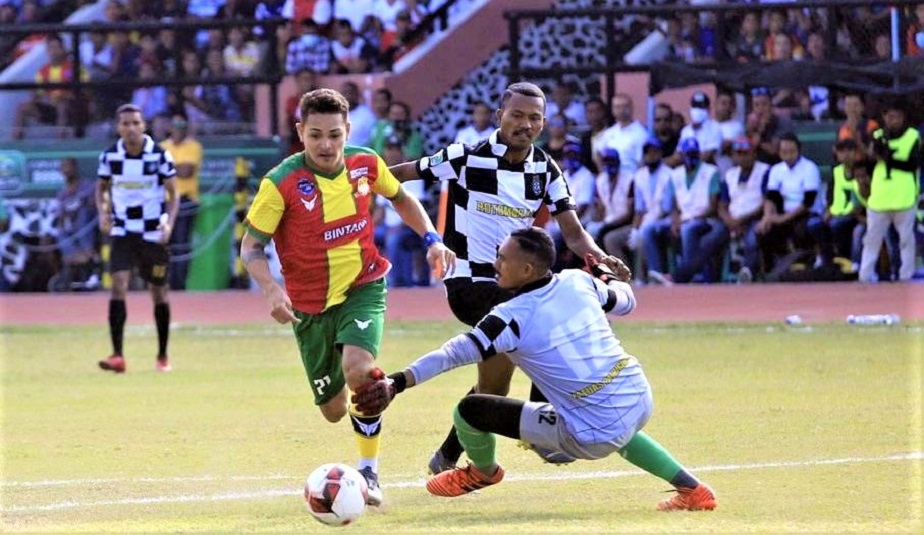 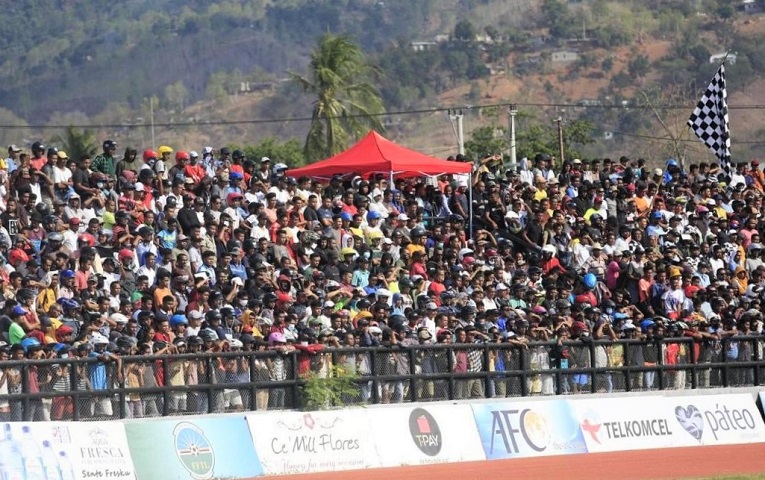 Lalenok United booked their place in the final of the FFTL Cup 2020 after fending off the challenge of Boavista FC de Timor 3-2 in the semifinal tie that was played yesterday at the Municipal Stadium of Dili.

In front of more than 5,000 screaming fans, the Timor Leste champions did not have it all their way as they faced a determined Boavista FC de Timor, who threw everything they had in a second onslaught.

But the three goals in the first half would be the key for Lalenok with Paulo Gali setting the pace after just two minutes as Herminio de Sousa then followed it up with the second goal on 15 minute.

Boavista FC pulled a goal back through João Soares in the 26th minute before Lalenok finished the first half with their third goal off Elias Mesquita (45th) to put the score at 3-1.

The second half saw Lalenok struggling to get the ball into the box as Boavista scored their second goal of the game with a strike from Francyatma Kefi in the 61st minute of play.

The second semi-final of the FFTL Cup 2020 between AD. SLB Laulara and Assalam FC will be played later this evening.

The final of the FFTL Cup 2020 will be held on 25 October while the battle for the third spot will be held a day earlier.