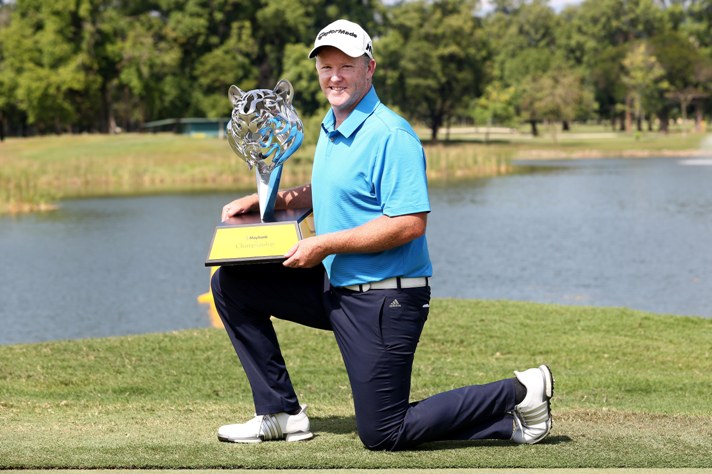 The Maybank Championship Malaysia held at the prestigious Royal Selangor Golf Club from 18 – 21 February 2016 was a resounding success with Marcus Fraser emerging as the winner of the inaugural tournament. The event also emerged as one of the highest co-sanctioned world ranking point events in Asia as it awarded World Ranking Points to the top 43 professionals who competed in the inaugural event this year.

The Maybank Championship Malaysia was created with the vision of creating a platform for players not just from the European Tour and Asian Tours to compete; but to also provide opportunities to other appropriately qualified ASEAN players and Malaysians to stand a chance to compete more effectively at an international event.

The inaugural event proved that the Championship is on the right path as it showcased a weekend of surprises, exhilaration and twists that hinted at the future of professional golf in Asia.

Australia’s Marcus Fraser ended a 6-year drought and took home ‘The Tiger’ – the Championship’s one of a kind trophy – with an impressive three-under-par 68 for a 15-under-par 279 winning in total. Marcus Fraser made a huge leap from 139th place to 62nd place in the World Golf Rankings after the Maybank Championship Malaysia.

The Maybank Championship Malaysia also saw rising players from across ASEAN making their mark. These include players from the Philippines; Miguel Tabuena who finished tied for second place as well as Malaysia’s very own Nicholas Fung, the top Malaysian in the tournament who tied at 24th place. Nicholas Fung is now placed at 423rd in the world ranking post tournament, and brings him one step closer to the dream of representing Malaysia at the upcoming 2016 Olympics in Rio De Janeiro, Brazil.

In addition Jin Cheng from China whom will be playing the Masters this year and Thriston Lawrence from South Africa, Winner of Mena Tour both fared well, with Jin Cheng emerging as the Best Amatuer.

Maybank Chairman, Tan Sri Dato’ Megat Zaharuddin Megat Mohd Nor said, “I am extremely pleased with the outcome of the inaugural Maybank Championship. In particular, I am delighted that some of the ASEAN players grabbed the opportunity to enhance their world rankings in this Olympic year through playing well at the event, including Malaysia’s Nicholas Fung. I feel the excitement generated by the players competing at the Royal Selangor Golf Club gives us confidence to plan for next year’s tournament with greater insights on how to achieve greater successes”.