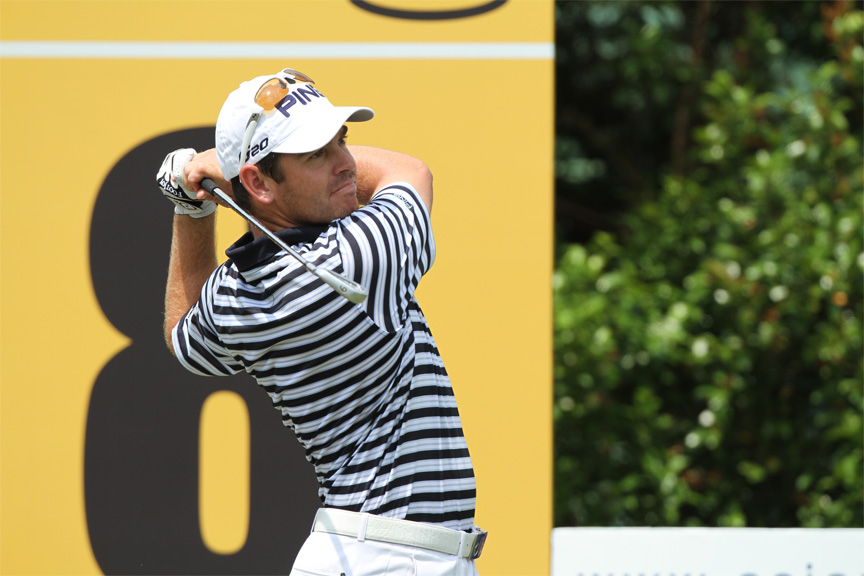 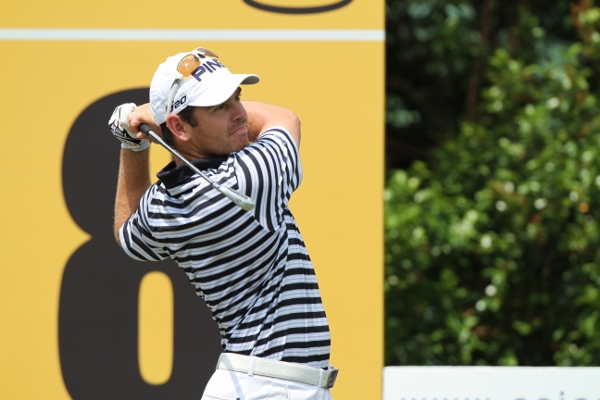 SOUTH AFRICA’S Louis Oosthuizen, who won the Maybank Malaysia Open crown in 2012 by three strokes, is returning for this year’s event.

The 31-year-old from Mossel Bay, who posted four sub-70 rounds en route to defeating Scotland’s Stephen Gallacher two years ago, is coming off an injury plagued season and is limiting the number of tournaments he will play in this season.

The 2010 Open champion, however, is unable to resist the lure of the Maybank Malaysian Open and is title sponsor Maybank’s second confirmed Star Player.

Former world number one Lee Westwood of England, who won the Malaysian Open in 1997, was announced as the bank’s first Star Player earlier this month.

Oosthuizen is an inspired choice as, despite being hampered by a myriad of injuries in 2013, he opened the 2014 season by successfully defending the prestigious Volvo Golf Championship last month on home soil.

This victory means Oosthuizen now holds the record among active golfers for the most consecutive seasons with at least one victory on the European Tour. His streak began in 2010.

The rising status and prestige of the Maybank Malaysian Open in recent years have been due to several factors, key among them is the excellent teamwork and relationship Maybank have with all the stakeholders involved in the event.

This close-knit relationship has a gone a long way in ensuring the immense success of the Malaysian Open. The level of excellence the event has attained is the reason world class stars continue to make their way to our shores each year.

This year, the Maybank Malaysian Open is from Apr 17-20 at Kuala Lumpur Golf & Country Club (KLGCC) and offers a prize purse of US$2.75 million.

Maybank chairman, Tan Sri Dato’ Megat Zaharuddin Megat Mohd Nor, was obviously delighted to announce the return of Oosthuizen, who nearly won a second Major at the 2012 Masters.

“I’m delighted to announce Oosthuizen will be playing in this year’s Maybank Malaysian Open as he is widely regarded as one of the finest players on the European Tour,” said Tan Sri Megat Zaharuddin.

“Who can forget the way he admirably bounced back from a heart-breaking playoff defeat at the 2012 Masters to win the Maybank Malaysian Open that year.

“The true test of champions is how they react after a loss and Oosthuizen showed a lot of class to delight his Malaysian fans when he overcame an emotional defeat and jetlag to win at KLGCC.

“With Westwood also in the fray, we now have two former champions ready to do battle in Malaysia.”

The Maybank Malaysian Open was the first tournament in Asia to be co-sanctioned by the European and Asian Tours in 1999, the year Gerry Norquist took home the title.