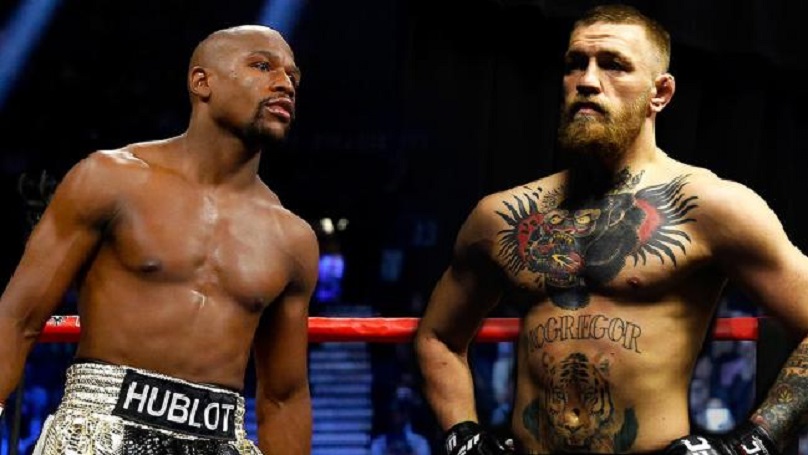 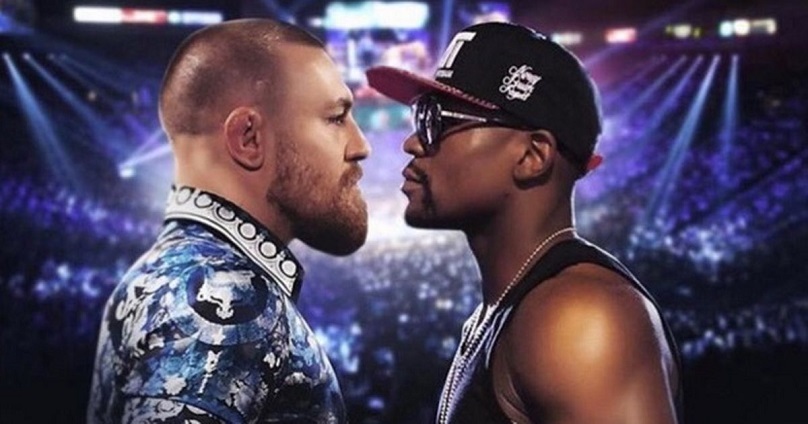 A mouthwatering one-off collision of combat sport kings? Or a pointless circus sideshow with little or no intrinsic value as a spectacle?

On Tuesday, the Irish Sun, citing an anonymous source reported that the two camps had agreed terms for a multi-million-dollar deal.

McGregor cancelled an appearance in Dublin this week in order to fly to the United States to shoot an anti-bullying video as part of a deal to obtain a boxing licence from the Nevada State Athletic Commission, which later confirmed that the 28-year-old had indeed arrived in Las Vegas.

The only final hurdle to the fight deal being signed was an unidentified “third-party hold-up,” the paper added.

Within hours, however, Mayweather appeared to distance himself from the reported deal, insisting he remained “happily retired.”

“Let the record show, there hasn’t been any deals made in regards to a fight between myself and any other fighters,” Mayweather said.

“I am happily retired and enjoying life at this time. If any changes are to come, be sure that I will be the first to let the world to know.”

But, in a later statement, Mayweather then indicated that a deal was ready to be done — provided McGregor could reach an agreement with the Ultimate Fighting Championship (UFC), who own the Irish fighter’s contract, reported to be worth around $16-20 million per fight before pay per view earnings.

“Listen Conor McGregor, if you really want to get this fight done … take care of your business with the UFC and then have your people get in touch with my people,” Mayweather stated.

“McGregor’s under contract with me,” White told the paper. “How would I let somebody take this guy that I built and do it without me? That would be the stupidest move in history.”

ESPN mixed martial arts correspondent Brett Okamoto says McGregor’s contract with the UFC — who the fighter has regularly criticized in the past — was the key obstacle to a Mayweather fight.

“There’s a lot of steps these two need to take in order for us to ever see this fight,” Okamoto said on ESPN. “The most crucial is getting the sign-off of the UFC. Conor McGregor remains under an exclusive contract with the UFC so they need to be involved in something like this, or he would potentially need to challenge them in court to get out of that contract.

Nevertheless, Okamoto is adamant that there is genuine desire on both sides to make a fight expected to raise several hundred million dollars, if as expected it is able to generate between two or three million pay-per-view buys.

“There’s a lot of cooks in the kitchen,” Okamoto said on ESPN’s Five Rounds podcast. “I don’t know if that means we’re going to get something to eat. But I can tell you that behind the scenes, there’s real legitimate interest in this.”

Others remain more sceptical, pointing out that McGregor’s inexperience in the boxing ring would make him the overwhelming underdog against Mayweather, widely regarded as one of the greatest boxers in history.

Kevin Iole, boxing correspondent for Yahoo Sports, told ESPN radio that it would be hard to sanction the bout on boxing grounds.

“You’re talking about a guy who is one of the best boxers of all time, who is 49-0, an Olympic medalist, a multi-division world champion, against a person who has never had a boxing match, neither an amateur fight or a pro fight,” Iole said. “How does an athletic commission that exists to protect fighters say ‘We’re going to sanction that and we think that’s a fair fight?'”

Iole said only a “massive amount of money” would tempt Mayweather out of retirement.

“If he got a deal that was too good to pass up, he would take it because he knows it’s easy work for him and he would ride off into the sunset with another $100 million check,” Iole said.

“Conor would have a puncher’s chance, yes … (but) the odds are overwhelmingly with Mayweather, and he would make McGregor look silly. Because McGregor’s not a boxer.” – Agence France-Presse