Home 2020 McIlroy ready for winning debut at the CJ Cup 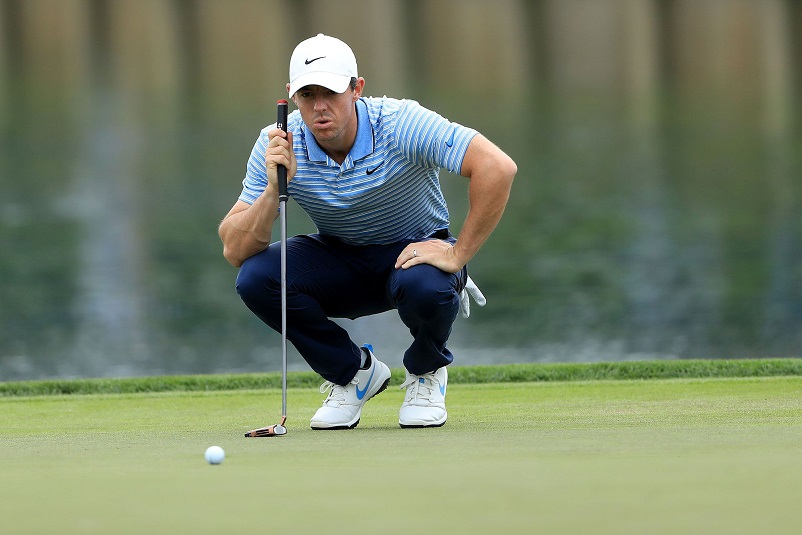 Two-time FedExCup champion Rory McIlroy hopes fatherhood will see him trending towards a first victory in nearly a year when he makes his debut at THE CJ CUP @ SHADOW CREEK starting on Thursday (U.S. time).

The 31-year-old is amongst a star-studded line-up gathered for the US$9.75 million showpiece, which was moved from Jeju Island in Korea to Shadow Creek in Vegas for this year only.

Other big names in the elite field include defending champion Justin Thomas, 2018 CJ CUP winner Brooks Koepka, 2017 FedEdxCup winner Justin Rose, Rickie Fowler, Sungjae Im, Byeong Hun An and Collin Morikawa. A total of 25 players from the top-30 of last season’s FedExCup final standings and 37 from the world’s top-50  are in this week’s tournament.

McIlroy, an 18-time PGA TOUR winner, has enjoyed two top-10s at the TOUR Championship and U.S. Open since the arrival of his daughter, Poppy, at the end of August. Following a three-week break, the Ulsterman is recharged and ready to launch a title challenge at THE CJ CUP.

“I’ve watched the tournament in Jeju for the last few years and it looked really good, the course looked awesome. Excited to be here. It’s the first time ever at Shadow Creek and I think everyone else that’s probably come in here before me is probably singing its praises. It’s such a cool place, it’s a great golf course. I wouldn’t mind if we got to play a Tour event here every year. I’m excited to, after three weeks off, excited to get back at it again. Yeah, it’s a wonderful venue and hopefully I can get out there and play some good golf,” said McIlroy.

Changing nappies has become a regular thing for the new father whose last victory was at the World Golf Championships-HSBC Champions in China last November. “I’ve played two events since becoming a dad and I’ve played pretty well both times, two top-10s,” said McIlroy, who is currently ranked World No. 4.

“Felt like I had half a chance going into the final day of the U.S. Open but still a couple of decent weeks and feel like my game is at least heading in the right direction. I don’t think having a daughter’s going to change how I play. It might change my outlook if I have a bad day and I know I can go back and see my family and have a smile on my face, but I don’t think it’s going to make me play the tournament any differently having a daughter or not.”

Rose is looking to regain his trademark consistency which helped him lift the FedExCup title in 2017 and reach World No. 1. This year, he has played in 15 tournaments worldwide, registering three top-10s and missing eight cuts.

“I’m excited to play. I was kind of looking forward to doing some traveling and seeing Jeju Island and what have you, but pretty excited to play here at Shadow Creek. I haven’t been here before and I’ve been blown away by the golf course, think it’s absolutely fantastic. And based on not my strongest year in the FedExCup, it was nice to get a spot courtesy of CJ in the tournament. Grateful to be here and excited for the week,” said the Englishman, who is also the reigning Olympic Games Gold Medal winner.

“Consistency … I think is what got me to world No. 1. I don’t know what it was, but it was like 24 top-10s out of 30 events run, so obviously the consistency that I was playing with is what I was looking for. I think at the moment I feel like there’s flashes of it. I’m seeing moments on the range where it’s really, really good, but then day to day it’s not quite as consistent. I’m trying to sort of drill down into I know what I’m doing wrong, I’m just not entirely sure of the quickest line to fix it.”

Like Rose and McIlroy, Fowler is also making his debut at THE CJ CUP and he’s been enjoying the grab-and-go food provided by the sponsors. “I’ve had Korean boxed lunch each day. I’ve been happy with it. I’m someone that loves food, I love having options and it’s not every week that we have a Korean option for lunch,” he said.

“I’m looking forward to being here this week. CJ’s been great to me. Looking forward to playing well and using this stretch leading up to Augusta (Masters Tournament in November) to make sure we’re ready to roll.