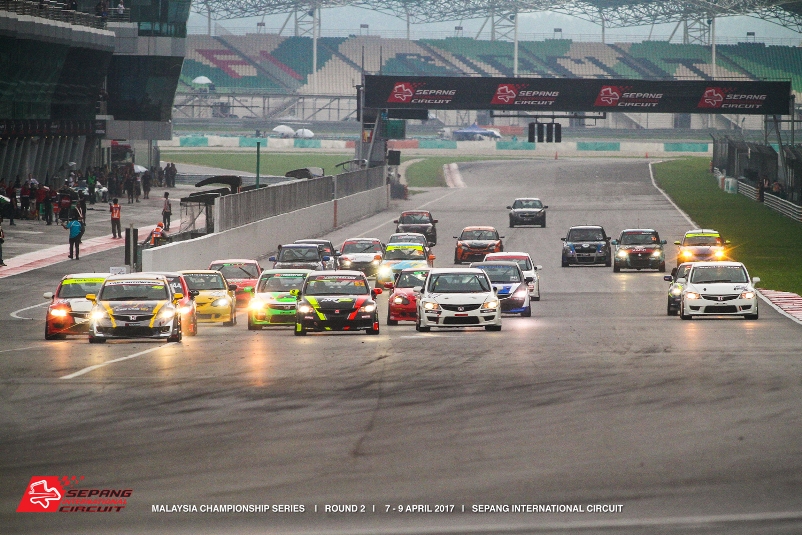 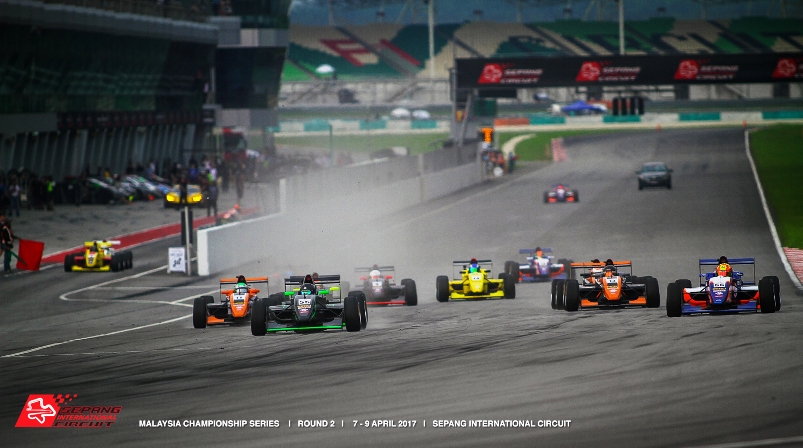 It’s Round 3 of the 2017 Malaysia Championship Series (MCS) and another showcase of the best of motor racing at Sepang International Circuit (SIC) for three consecutive days beginning today, with some of the best actions running into the night.

Apart from the national championship, fans will also be treated with actions from the single-seater Asian Formula Renault, Formula Masters Series, the Asian Le Mans Sprint Cup, the Audi R8 Le Mans Series (LMS), the Touring Car Series in Asia and the Classic Car challenge. Making it one of the biggest car racing event in Sepang.

And, for the first time in the history of the MCS, fans and competitors will have some taste of night racing excitement with the opening Race 1 on Saturday scheduled to start at 7.20pm and running for an hour up to 8.20 pm. Race 2 will run a little earlier from 5.15pm on Sunday.

Championship leader for the premier Touring Production class, 19-year old Mitchell Cheah of N1 Racing will be severely tested as he will need to manage an additional 30kg in success ballast for the opening race; courtesy of his victory in Race 2 at Round 2. Team-mate Desmond Yee, who gave the team a splendid 1-2, will be carrying an additional 20kg.

Asked on his views for this weekend’s race, Mitchell said that he would be taking a cautious approach; acknowledging that competition in the series has been stiff.

“I aim to fight for top spot in both races. The team had worked well in preparing the car for the previous two rounds and they are working hard to better prepare the car for Round 3,” he said.

Mitchell’s biggest challenger, seasoned driver Keifli Othman of Mayhem Motorsports would be hoping for a smooth Round 3 after encountering a challenging second round.

“We won Race 1; but we suffered engine problem in Race 2 while we were leading. Hopefully, we have better luck this weekend and the car remains good for both race. The target as always is to win and secure maximum championship points,” he said.

In the Malaysian Touring Car (MTC) championship, Nick Mah looked set to continue his domination over his rivals despite having to carry the extra kilogrammes in success ballast in his Suzuki Swift machine.

Currently with maximum points; having won all the previous four races, Nick’s biggest threat continue to come for his racing buddies – Kenny Lee and Neo Cheng Hen, who are currently second in the championship standings.

Fans can catch all the actions for free from the Main Grandstand. To be closer to the actions, fans can purchase Paddock Passes at the entrance of the Paddock.

Alternatively, fans can catch all the actions live on social media as SIC will have the actions on livestreaming at its Facebook page and Youtube on Saturday and Sunday.