Home International The Mechanics of the Future and the Batu Caves 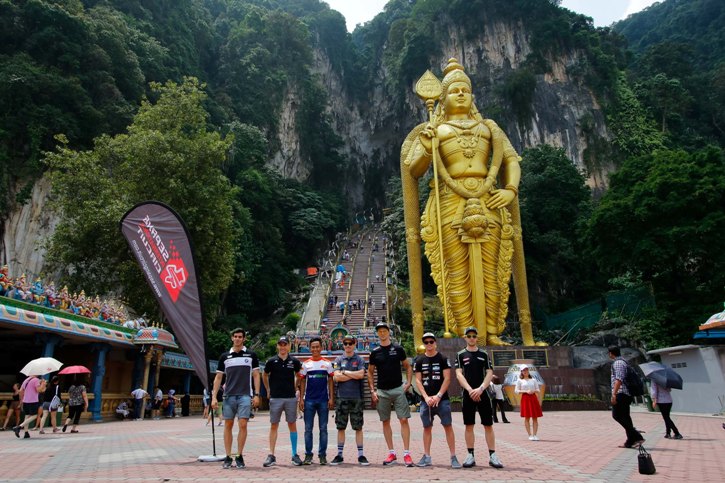 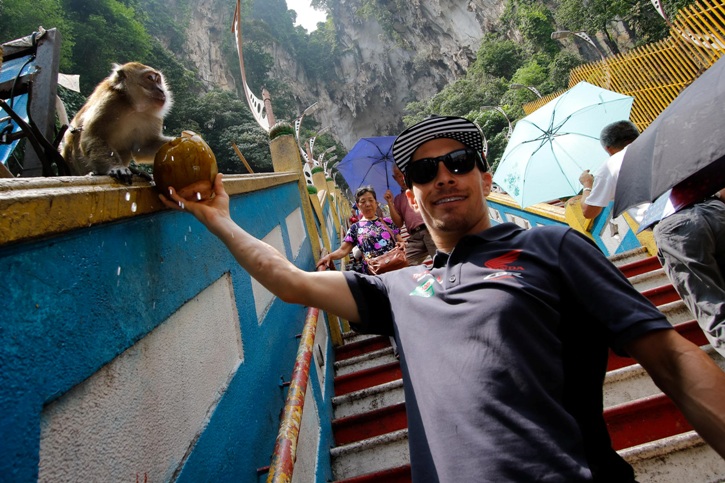 Riders meet some students studying to be mechanics, the Minister of Rural and Regional Development…and then a monkey or two at a Malaysian landmark

WorldSBK headed into capital city Kuala Lumpur ahead of Round 6 of the 2016 Championship for a pre-event in two halves. The first destination was the Giat Mara Centre to meet students studying to be mechanics, followed by a pit stop at the Batu Caves for a touch of tourism. With a lot of enthusiastic faces on hand, the welcome was warm from the students and fans alike.

Jonathan Rea, Nicky Hayden, Leon Camier, Josh Hook, Jules Cluzel, Jordi Torres and Zulfahmi Khairuddin first tried their hand at making “Teh Tarik”, a local tea drink, as the students looked on. Competition was never far away and Nicky Hayden set the first benchmark, before Fahmi and Rea hit back with a little creative competition. Riders then answered some questions from the floor before meeting Minister of Rural and Regional Development, Dato’ Sri Ismail Sabri Yaakob.

Lunch was served with the guest of honour, before the short journey to the Batu Caves got underway and the searing Malaysian heat greeted the riders once again. The Batu Caves are set in limestone cliffs, with a spectacular staircase offering visitors the chance to climb up and explore them. Whilst fans were taking an interest in the WorldSBK stars, the riders then took a few selfies with the object of their own desires as some primate company sidled up to say hello.

Nicky Hayden was the first to make contact as the Kentucky Kid offered his open top coconut to the monkey closest to him, and the response was positive as the primate drank and shared a toast with the 2006 MotoGP World Champion. Jules Cluzel also made a monkey friend, and Jonathan Rea took the opportunity for a selfie with the wildlife as more of the creatures made their way down the stairs.

After the monkey business it’s back to racing business on Friday in Malaysia, as the riders check out the new track surface at Sepang International Circuit for Round 6 of the 2016 MOTUL FIM Superbike World Championship.