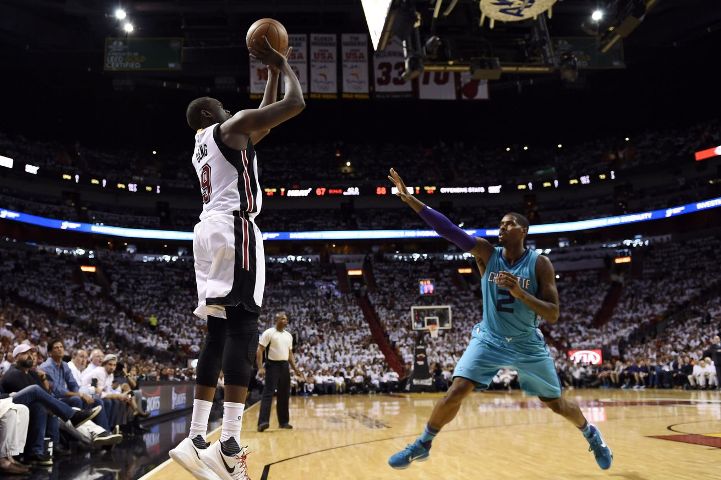 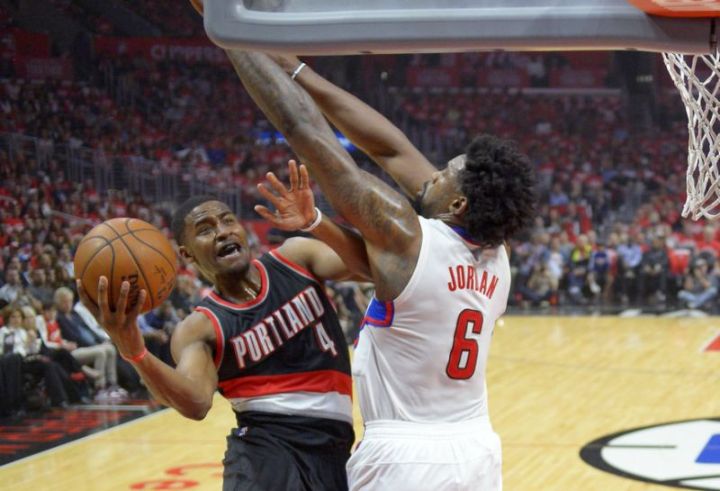 Dwyane Wade sank two key late baskets as the Miami Heat shot better than 57 percent for the second straight game en route to a 115-103 playoff win over the Charlotte Hornets on Wednesday.

After a franchise playoff-best first half of shooting, Miami maintained control in the second half to protect home-court advantage in the first round Eastern Conference series and go ahead two games to none.

“I was taking what they gave me, understanding what their game plan was,” Wade said. “I’m an aggressive player, so I’m always going to put pressure on the basket. That’s what I do, and I got a couple of things to go for me.”

Game three is Saturday in Charlotte.

In Cleveland, LeBron James scored 27 points and the Cavaliers tied an NBA playoff record with 20 three-pointers in a 107-90 victory over the Detroit Pistons.

Wade scored a team-high 28 points and added eight assists for the Heat, who shot 57.9 percent from the floor on Wednesday. That followed a game one victory in which they shot 57.6 percent.

The Hornets cut an 18-point deficit in the third quarter to seven with under four minutes to play, but the Heat clamped down defensively.

A total of five Miami players finished in double figures, including Hassan Whiteside who scored 17 points on eight-of-eight shooting from the field and Luol Deng with 16 points.

“Everything was falling for me,” Whiteside said.

Miami took a 72-60 lead into halftime thanks to shooting a franchise playoff-best 74.4 percent from the field in the first half, including seven-of-10 from three-point range.

Kemba Walker had a game-high 29 points and Al Jefferson scored 25 on 12-of-17 shooting from the floor for the Hornets.

The Hornets’ Marvin Williams missed all 10 of his shots from the floor to finish scoreless. Nicolas Batum had nine points and seven rebounds but left early in the fourth quarter with a sprained left ankle and did not return.

The Cavaliers now lead their series 2-0 with game three on Friday night at Detroit.

The Cavs struggled to put away the Pistons in game one and struggled again until late in the third quarter on Wednesday.

They trailed by 10 points early and still were behind midway through the third quarter before a Kevin Love three-pointer gave Cleveland the lead for good at 63-62.

The 20 three-pointers were more than the Cavs made in any game during the regular season and made them the fourth team to hit 20 in a playoff game. The most recent was the Golden State Warriors last year.

While JR Smith (21 points), Love (16 points) and Kyrie Irving (22 points) kept draining three-pointers, James drove to the basket in a game plan that worked to perfection in the fourth quarter.

“We have shooters. They are designated snipers, and that’s why we’ve got them,” James said. “I am not one of them. I am more like a tank.”

In the Western Conference contest, Chris Paul scored 25 points, and the Los Angeles Clippers rolled to a 102-81 victory over the Portland Trail Blazers to take a 2-0 edge in their series.

J.J. Redick scored 13 of his 17 points in the first half for Los Angeles, while Blake Griffin added 12 points and nine rebounds. DeAndre Jordan grabbed 18 rebounds but scored only three points.

Damian Lillard and Mason Plumlee had 17 points apiece, and CJ McCollum chipped in 16 points for the Trail Blazers.