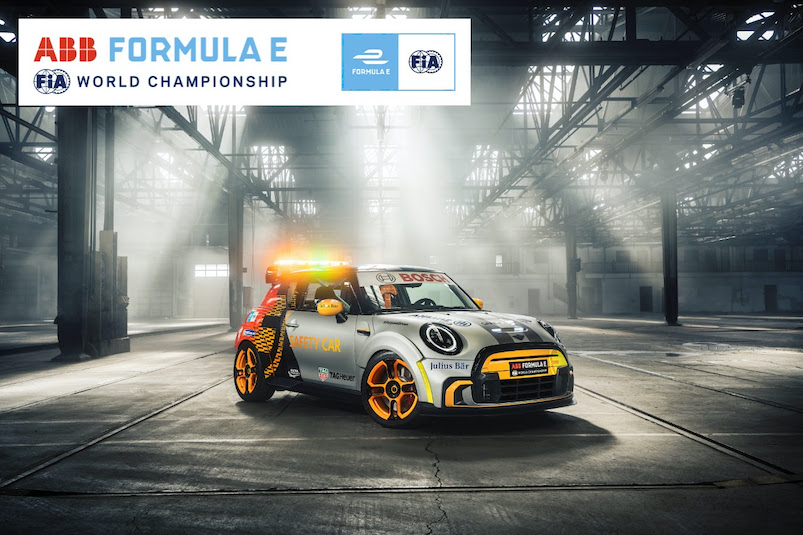 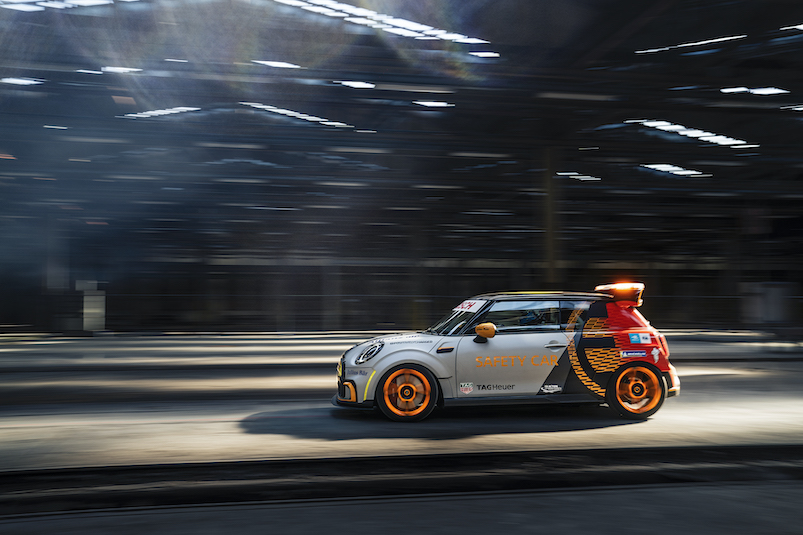 Formula E partner BMW i replaces BMW i8 Coupé with all-electric MINI as Official FIA Formula E Safety Car at select rounds of 2020/21 season
MINI and Formula E share commitment to a future of fully electric mobility, combining sustainable technology with iconic design and thrilling handling
Choice of MINI Electric highlights the car’s performance capabilities and the future direction of the John Cooper Works family
Formula E today announced that the MINI Electric Pacesetter will become the Official FIA Formula E Safety Car at select rounds of the 2020/21 ABB FIA Formula E World Championship alongside the BMW i Roadster Safety Car.
MINI is no stranger to motorsport with its performance car segment John Cooper Works. Committed to a future of fully electric mobility, MINI’s newest foray onto the racetrack will be with the MINI Electric Pacesetter as Official FIA Formula E Safety Car.
The MINI Electric is the fusion of legendary racing genes and iconic MINI road cars, combining all-electric innovation with high performance, thrilling handling and a spirit of fun.
Formula E exists to advance sustainable human progress through the power of electric racing, sharing MINI’s founding value of responsibility to the world in which we operate. MINI will show the electric future of its John Cooper Works range at Formula E races alongside the world’s leading automotive manufacturers. This choice reinforces Formula E’s key role in accelerating the development and adoption of electric vehicles.

“Formula E and MINI are both known for being original, unpredictable and accessible to everyone. We share a progressive global mindset and are committed to an all-electric future. We look forward to watching MINI lead the way through the streets of Formula E’s iconic host cities, demonstrating the dynamic performance and urban appeal of all-electric vehicles.”

“We have already shown how well driving fun and electric mobility go together with the MINI Electric. However, the MINI Electric Pacesetter inspired by JCW goes at least a step further and blends the performance character of the John Cooper Works brand with electric mobility. This extreme version of the MINI Electric has been developed as the Safety Car in the Formula E, so is clearly not intended for use on public roads. But it does reveal one of the directions we could take with the electrification of the JCW brand. For me, the message is clear: electrification and John Cooper Works are a good fit.”

“The design is an exciting symbiosis of technical precision and emotion. Here, function dictates form, and many design elements have been shaped by technical considerations. For example, we worked closely with our colleagues at BMW Motorsport to develop the form of the wheel arches and front and rear aprons, and the optimisation programme for them included weight-saving measures. This visually striking, technically precise design language gives the car its pervasive sense of emotional engagement and excitement.”

“Agility, performance, cool looking car. The MINI Electric Pacesetter Safety Car of the ABB FIA Formula E World Championship has got it all.”