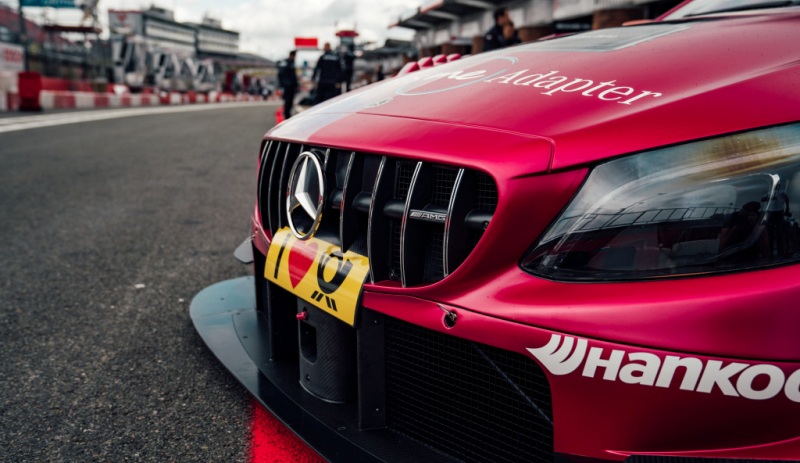 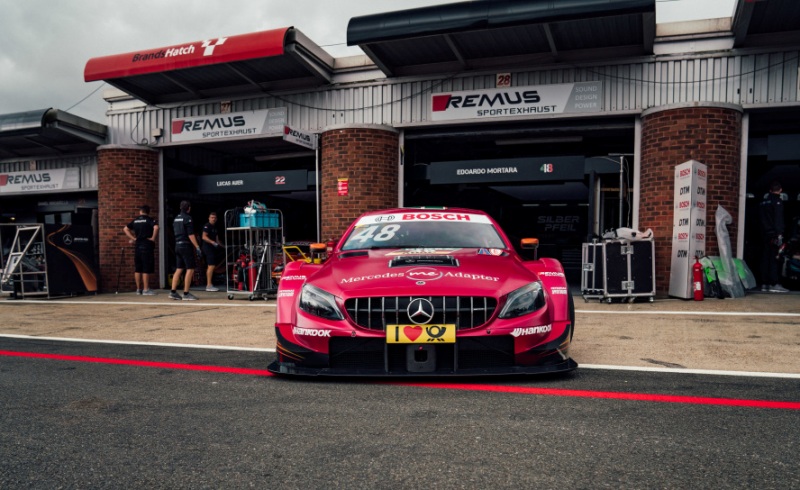 Double shift this coming weekend: While Formula 1 resumes after the summer break at Spa-Francorchamps, the DTM will be at Misano where it is staging its first ever night races.

Back to school: The summer break is over. This weekend, Formula 1 will be back in action. The venue is Spa-Francorchamps, the famous rollercoaster circuit in the Ardennes region of Belgium. The team has won the last three races staged there – Nico Rosberg in 2016, and Lewis Hamilton in 2015 and 2017. The immortal Juan Manuel Fangio celebrated his first Mercedes victory in the Belgian Grand Prix of 1955. Since 2013, the Silver Arrows have been unbeatable in qualifying on the steep ascents and descents of this track. Lewis has claimed pole position on three occasions and Nico on two. If Lewis takes pole for a fifth time, he will take over at the top of the all-time leader board for this particular venue, a position he is currently tied on. With his 77 pole positions to date, the five-time world champion is in any case already the most successful qualifier in the history of Formula 1.

Night owls: Next weekend will be the seventh of the 2018 DTM season. The first two night races in the history of the series will be hosted by the Misano World Circuit Marco Simoncelli in Italy. The DTM has already staged a ‘super-pole qualifying’ in the dark once before. That was at the Nürburgring in 2003. Misano is about to host its first ever DTM weekend. The touring car series has already been a guest of two other tracks in Italy: the Adria International Raceway (2003, 2004, 2010) and Mugello (1994 – 1996, 2007, 2008). The brand with the three-pointed star has a good record in Italy. Christijan Albers won the 2003 debut event at the Adria International Raceway, while Marcel Fässler (2003) and Gary Paffett (2010) have also taken pole positions on Italian soil. Mugello has given the team even more reason to celebrate: seven of the eight DTM races there were won by a Mercedes-AMG Motorsport driver, most recently Mika Häkkinen in 2007 and Jamie Green in 2008. This weekend, there are new challenges to cope with in the form of an unknown track and night-time racing.

Leaders in the ADAC GT Masters drivers’ and team championships: Maximilian Götz (GER) and Markus Pommer (GER) have taken the lead in the ADAC GT Masters drivers’ championship following the two 60-minute races at Zandvoort. The MANN-FILTER Team HTP Motorsport duo finished sixth in the Saturday race and moved even further ahead with a P4 on Sunday. The two Mercedes-AMG GT3 drivers have now opened up an eight-point gap at the top. AutoArena Motorsport also had reason to celebrate after claiming a maiden podium in the series: their two drivers, Patrick Assenheimer (GER) and Raffaele Marciello (ITA), were runners-up in the second race and also lifted the Junior trophy. There are now no fewer than three Mercedes-AMG GT3 partnerships in the Top Ten of the overall standings: Götz and Pommer (both GER) in first place, Dontje (NED) and Buhk (GER) in fifth place, Asch and Stolz (both GER) in ninth place. Furthermore, Indy Dontje and Luca Stolz are third and fifth respectively in the Junior classification. Thanks to a strong all-round performance, MANN-FILTER Team HTP Motorsport were also able to defend their lead in the team championship where they have now opened up a 34-point gap. The penultimate fixture is in two weeks’ time at the Sachsenring (7th – 9th September), with the grand finale scheduled for the weekend of 21st – 23rd September at Hockenheim.

Victory in standout fixture of the VLN season: After several Top Ten finishes and class podiums for Mercedes-AMG Motorsport in the 2018 VLN season, BLACK FALCON at last secured an overall victory for Mercedes-AMG in the standout fixture of the campaign, the 6-hour race. Hubert Haupt (GER), Adam Christodoulou (GBR), Manuel Metzger (GER) and Gabriele Piana (ITA) in the number 6 Mercedes-AMG GT3 started from pole position and prevailed over an extremely strong field of contestants at the end of the 42 laps. After two class victories and a P2 in the general classification this year, the BLACK FALCON Team IDENTICA trio of Stefan Karg, Fidel Leib and Moritz Oberheim (all GER) in the number 163 Mercedes-AMG GT4 again put in a very strong performance to finish as runners-up. Team Mathol Racing e.V. made it a good all-round performance for the brand, with a P4 in the highly competitive SP10 class.

Successful run continues in North America: The Mercedes-AMG GT4 has had its second win of the 2018 season in the IMSA Continental Tire SportsCar Challenge. After the historic victory for Owen Trinkler and Hugh Plumb (both USA) in the seventh round at Lime Rock Park and their subsequent podium at Road America, the duo registered another victory for the Mercedes-AMG GT4 in the ninth round of the campaign. This takes Trinkler and Plumb to the top of the drivers’ standings and TGM to the top of the team standings. In the IMSA WeatherTech SportsCar Championship, likewise hosted by the Virginia International Raceway, Jeroen Bleekemolen (NED) and Ben Keating (USA) of Mercedes-AMG Team Riley Motorsports finished fifth in the GTD class. The team put in a strong performance throughout the weekend, but encountered some bad luck along the way. Starting from second place, Bleekemolen made a brilliant passing move to temporarily take the lead. The Dutchman was then pushed off the track by his opponent. The duo ultimately fought back to score vital championship points.

Strong Mercedes-AMG contingent for the Suzuka 10 Hours: The 10-hour race at Suzuka takes place next weekend within the framework of the Intercontinental GT Challenge. With the 12 hours of Bathurst in Australia and the 24 Hours of Spa in Europe now out of the way, the intercontinental racing series proceeds to Asia for Round 3 on the weekend of 24th – 26th August. Two decades after the historic one-two win in the Suzuka 1000km, Mercedes-AMG is entering the revamped endurance race with a strong line-up: five teams and seven Mercedes-AMG GT3s will be competing on the 5.8km Suzuka Circuit in the Japanese coastal resort.

Three of the Mercedes-AMG GT3 will be sporting the livery of STRAKKA Racing. Their number 43 car will benefit from supplementary factory support, as will Mercedes-AMG Team GOOD SMILE and Mercedes-AMG Team GroupM Racing, each of which is fielding a car in the Land of the Rising Sun. The Customer Sports teams SATO, YAMASHITA-SS/Rn-sports und Sun Energy 1 Racing are also vying for championship points with their own Mercedes-AMG GT3s. Mercedes-AMG is currently second in the manufacturers’ championship with a bridgeable seven-point deficit on the leader. In the drivers’ standings, the Mercedes-AMG pairing of Raffaele Marciello (ITA) and Tristan Vautier (FRA) go into the penultimate fixture in the runner-up spot.

Stefan Wendl, Head of Mercedes-AMG Customer Racing: “The Intercontinental GT Challenge has been gaining in style and prestige over recent years. All four races are major events on our race calendar, attracting a high-calibre field of entrants. In the first two fixtures at Bathurst and Spa, our customer teams performed very well. At Suzuka, we believe that we have the quality to take the lead in the manufacturers’ and drivers’ championships. We realise that this is an ambitious target, and we are looking forward to an exciting ten-hour race.”

Edo, you’re contesting your two home races in Italy this weekend at Misano. That must be quite a special feeling for you.

Edoardo Mortara: Absolutely. These are my first two home races in the DTM. I’ve competed at Mugello in Formula 3, but that was almost ten years ago. Since then, I haven’t driven in Italy, so it’s going to be a special occasion for me.

What sort of reaction are you expecting from the home fans?

Edoardo Mortara: I just hope that the spectators are able to appreciate the DTM. These are the first two night races in the history of the series. There should be a lot of tourists in the region at this time of year, and I hope many of them will be there to see the races. And of course, I want to give them something to cheer about.

The last two race weekends did not go according to plan. Why was that?

Edoardo Mortara: It’s true that things haven’t been going all that well for me recently. That applies to both Zandvoort and Brands Hatch where I simply made too many mistakes, especially in qualifying. I should have been much further forward on the grid. When you start from further back, you can’t expect to score as many points as you would from a better grid position. Consequently, it it’s important to eliminate these errors. If I’m successful, we generally have the pace to at least qualify in the Top Five. Let’s hope that Misano will be another good race weekend for me.