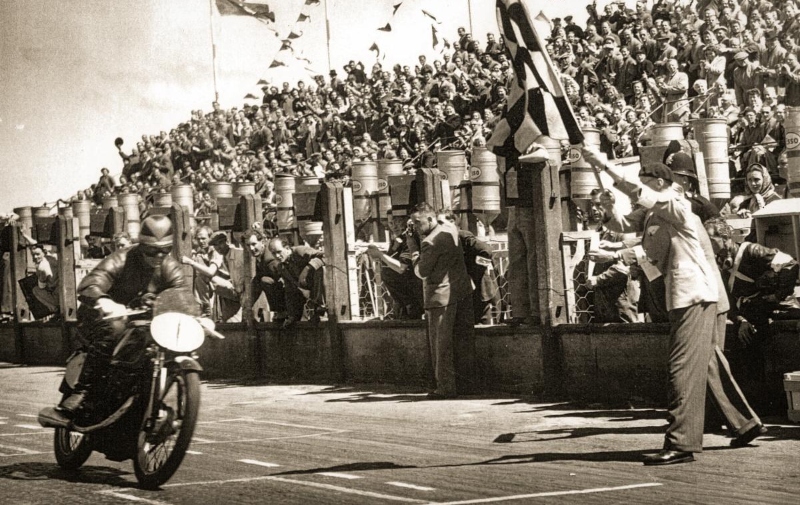 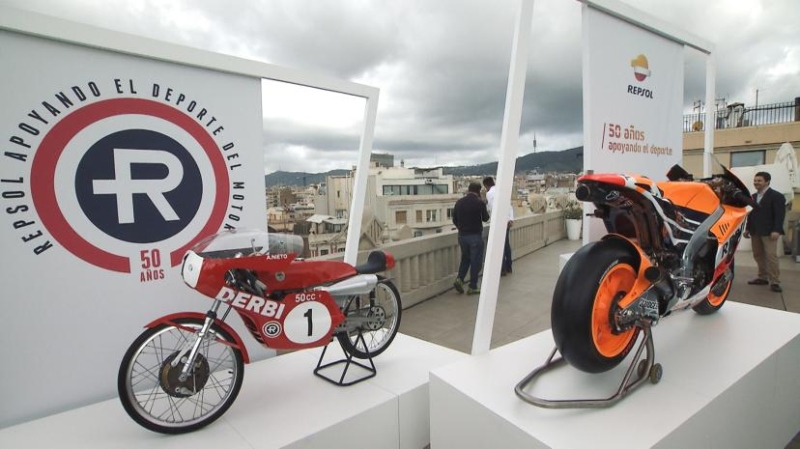 A 425.047km race around the most demanding circuit in the world was how it all began. Seventy long years ago on the morning of June 13th 1949 Grand Prix motorcycle racing began its incredible journey on an island in the middle of the choppy Irish Sea situated between the rugged coastlines of Ireland and England. One year earlier than its four-wheel counterparts, the first ever World Championship race was staged on the legendary mountain circuit in the Isle of Man. This was no 45-minute fight for every corner and inch of tarmac that is the blueprint for modern day MotoGP™ racing but a seven-lap marathon round the 60.721km TT Mountain circuit for 350cc machines.

Freddie Frith became the first ever Grand Prix winner riding the British built Velocette, with a lap record on his last lap of 135.50kph. All 75 finishers in the race were riding British built machinery but there was also a poignant reminder that riders chasing their dream could pay the ultimate price when Ben Drinkwater was killed when he crashed on the fourth lap.

Four days later bespectacled Harold Daniell won the first ever premier class 500cc race riding the Norton to success in another seven laps of the Mountain circuit. He averaged an incredible 139.887kph for the race, which took him over three hours to complete. A few years earlier Daniell was refused entry into the armed forces because of poor eye sight. Irishman Manliff Barrington won the first 250cc Grand Prix riding the Italian Moto Guzzi after another seven-lap marathon encounter. Three weeks later the 125cc class made its debut round the 7.280km circuit at Berne in Switzerland where Italian Nello Pagani brought Mondial an historic victory. 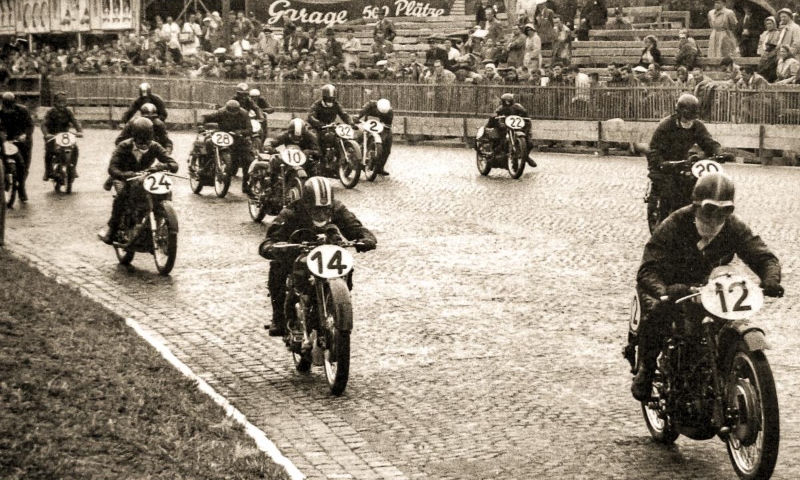 Seventy years on there are 19 Grands Prix visiting 15 countries in five continents with riders from 19 countries competing for the ultimate prize in the three classes Moto3™, Moto2™ and MotoGP™. In 1949 there were six Grands Prix all in Europe and, apart from Monza in Italy, all on circuits that were public roads for the rest of the year. The six circuits picked to stage these pioneering races were the Isle of Man, Berne in Switzerland, Assen in Holland, Spa -Francorchamps in Belgium, Clady in Northern Ireland and Monza in Italy. There were four solo classes 125, 250, 350 and 500cc and of course the magnificent sidecars. The 500cc class was staged at every round, but the 350cc at five, the 250cc at four and the 125s at just three.

Motorcycle racing pioneered the World Championships in 1949 and continues to lead the way 70 years later. Never afraid to incorporate changes and welcome new countries, it’s still way ahead of the others.